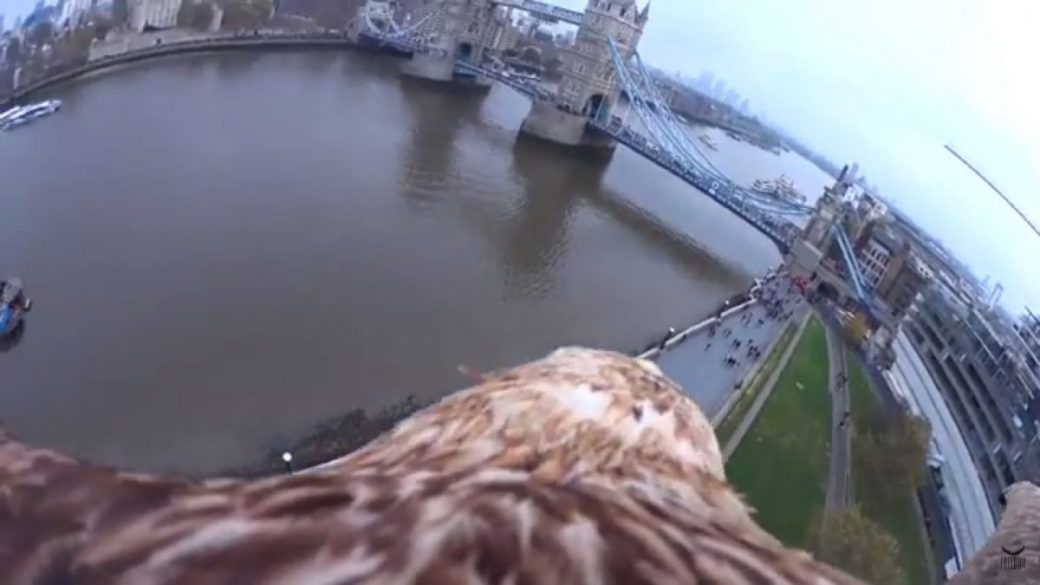 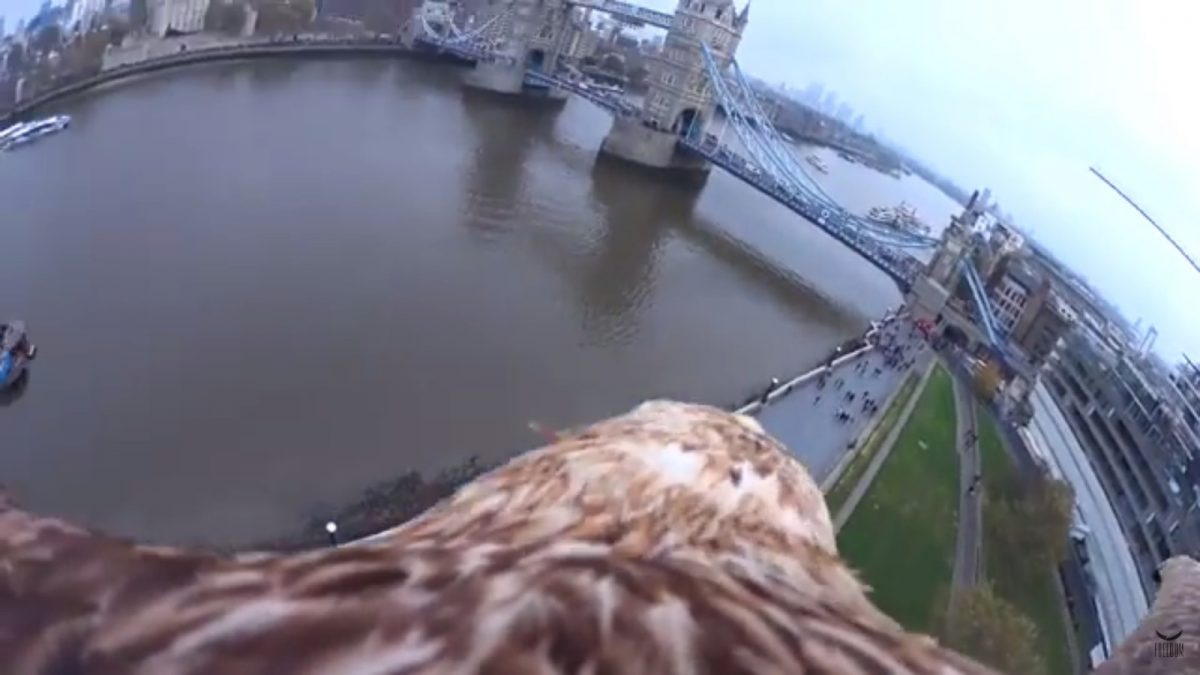 This is one of the coolest ways to explore cities, well…anywhere really. To mark 50 Years of the IUCN Red List, which keeps a record of threatened species around the world, and to promote conservation Freedom Conservation strapped a Sony’s Action Cam Mini to an Eagles back and recorded these rad sequences. The videos show the Eagle soaring towards Tower Bridge, taking off from St Paul’s Cathedral and flying around the Olympic park.

The blasting wind, picked up by the microphone, really gives a sense of the speed that the Eagle was travelling. It’s pretty cool to watch it’s head spot out reference point during the glide.

The London footage is not as cool as Freedom’s most famous footage – shot near Chamonix, French Alps in 2013 – showing an eagle flying over the Mer de Glace glacier. Though I may be biased towards outdoor adventure and the Alps.

Anyway – the other two London clips are below and they’re pretty cool.