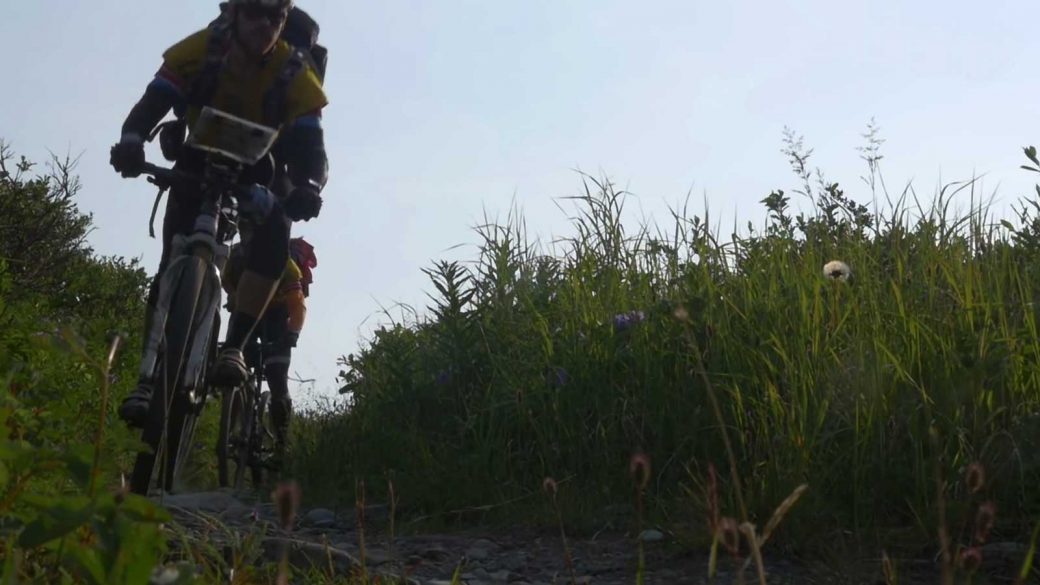 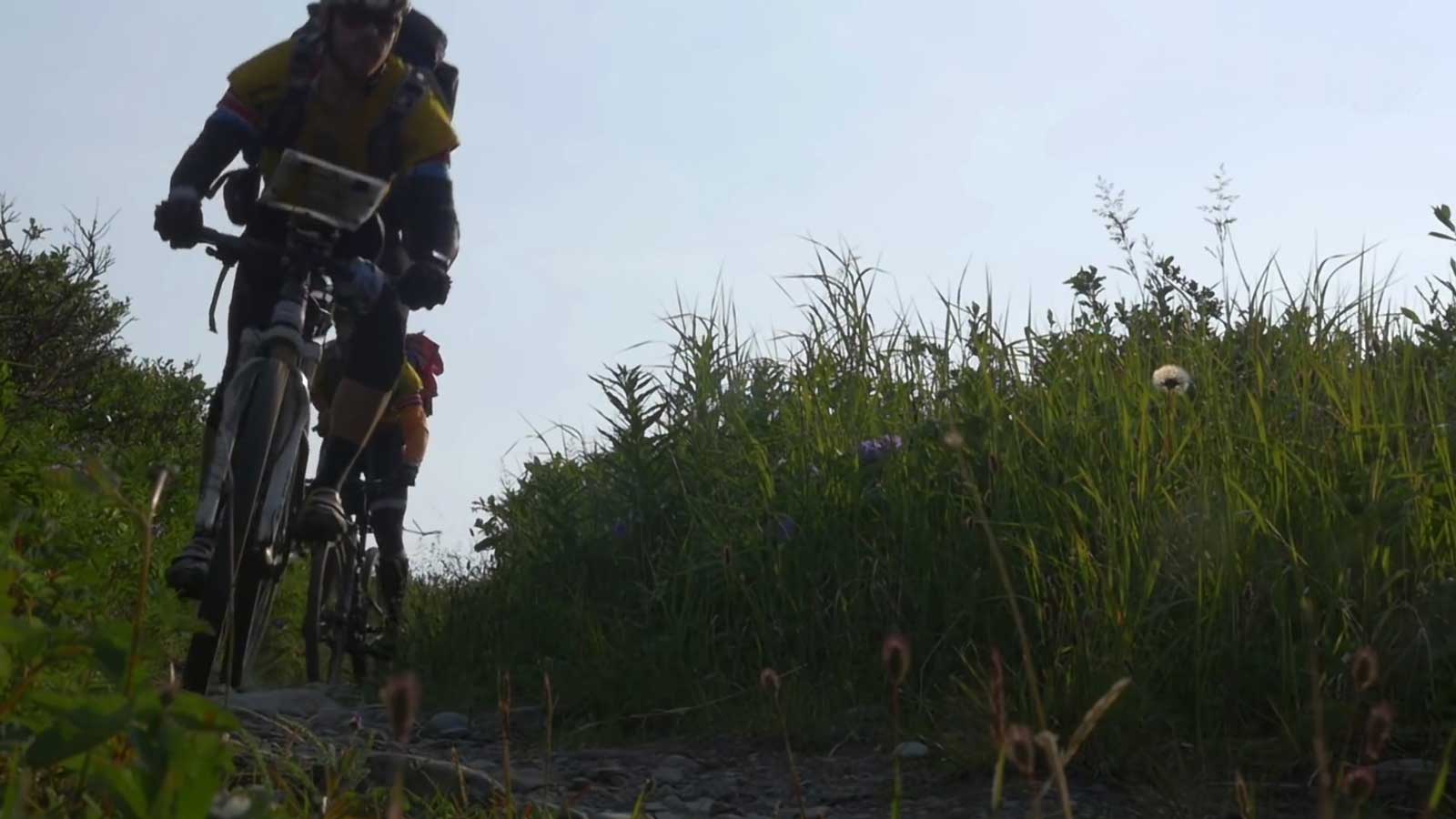 For our most recent project, we combined: a traditional television production crew, based out of Australia—creating a documentary destined for the National Geographic channel; a Chinese National video production team—creating daily video releases to YouKu (China’s answer to YouTube); and a young American YouTuber—Exploring With Josh.

We grouped them all together, literally in the same vehicles, but didn’t give them a common language to communicate with each other. We took them to the Xinjiang province, China—right up to the border region of Kazakhstan, Mongolia and Russia (a place where YouTube, Twitter, and Facebook are blocked). We embedded them into the toughest endurance sport in the world, moving among some of the most amazing environments and cultural experiences available, with one mission: do what they do best—tell a story.

Three months ago we opened up the Xinjiang Autonomous Region to the Adventure Racing World Series (ARWS), marking the first Adventure Race in China and thus Asia. A week ago we had thirty international teams on the ground ready for a forty hour non-stop race through the region:

Our objective for several years had been to get the ARWS to television. We had done so with moderate success. However, we knew the future of the sport would be online. Finding ourselves still in the need to tick the box of television distribution and developing a bridge to an online audience, we wanted to embrace both mediums.

The full National Geographic feature will be airing this fall/autumn, but for now he’s some POV footage from one of the teams:

The ARWS is a physical event of great magnitude occurring globally in 13 different countries, but you can’t watch the race on the ground. To deliver the excitement and drama of the sport we have developed an online “stadium” of nearly 100,000 viewers per event. The stadium consists of GPS live tracking of the teams as they move through mountain ranges and jungles. But, that isn’t enough, we need to bring the vision to the audience.

Traditional television distribution was the easy one. We bring in a production team of five, wielding RED cameras and drones, with the added benefit of having the classic surf cinematographer Bali Strickland on board. The production team itself was looking to be a cast of characters, with all of the guys over 35 years old.

Next up, was to figure out how to develop an online team and then tell them they can’t have access to YouTube or social media for two weeks! We, 1iOpen Productions, have filmed many Adventure Races, and recently embraced YouTube ourselves, vlogging our behind the scenes action on our channel:  “The Crew”. The Crew set out to find a YouTube Influencer that was looking for a vast palette of experiences to bring to their vlog. We started networking with Live The Adventure (LTA), an extension of Fun for Louis. Dave Erasmus operates LTA and after a few conversations, we felt one of the LTA team would be a good fit for this experiment.

We made a call to Exploring With Josh, a new member of LTA. Josh has unlimited energy and a passion for taking his community on a journey, with each vlog. Josh has rocketed to 1.5 M subscribers and was recently ranked among the top 100 fastest growing YouTubers in the world. We made a simple proposition for him. We would provide the set of Northwest China and he would relate the experience to his audience, in his unique style. We wanted to get fresh eyes from a younger demographic on, not only the ARWS, but the surrounding region in China—which is often visually misunderstood. We created a plan to incorporate a few areas that would be conducive to Josh’s “abandoned” vlogging theme so he could stay true to his audience.

Not to be left out is cracking the Chinese market. We worked out a deal to deliver traditional broadcast into China and utilized a Chinese video team to deliver daily highlight reels to YuKu during the race. Not one of the seven Chinese crew, all under 25 years old, spoke English.

Fifteen people, 3 flights, 16 hours, 4 batteries confiscated, 6 SUVs, 5 checkpoints, 2 areas restricted from filming, and a lot of laughs. Getting the whole team together, with all of their camera equipment, in Kanasi China was a major effort. Once we constructed the team, we had to somehow get these guys, not only working together, but to eat, sleep, drive for hours, communicate, swap footage, and after it was all done, get the edited content to make it out of China to the Western online audience.

The first few days we spent educating the traditional shooters about the benefits of a growing an online audience—that is eclipsing television. We had to remind Josh and the young Chinese team there is a lot to learn from the TV guys, from production to editing. There were a lot of skeptical looks both ways.

Soon, they were starting to understand the benefits of their counterparts, started talking about styles, philosophies, distribution and brand deals. We were pleased to see that both mediums were beginning to understand the integration of traditional broadcast and online content is the most powerful platform for their story and voice. That is what we saw in all of them and what we were trying to capitalize on.

The television production, Josh, and the Chinese team began to work hand-in-hand over the course of ten days under grueling shooting conditions, around the clock. There was exhaustion, irritation, and a few good arguments, but the fifteen-person diversified production made it to the end.

Swapping the footage allowed Josh to bring up his production value with drone shots. The Chinese team really connected with Josh and we lost them into the bowels of Alati for a few days after the shoot. The television production team were amazed at the professionalism and non-stop work ethic of Josh, fondly referring to him as a mutant. Bali was so impressed by Josh, that by the end of the production we caught him monologuing into his iPhone. Asked what he was up to, he replied, “I’ve started my own vlog!”. From that point forward he was vlogging everything from what he ate to the unusual bathroom experiences he encountered.

We were able to guide Josh to a region that had never been stepped on by a westerner—pretty cool!. We explored an abandoned overgrown section of The Great Wall of China—walking on parts of the wall that had not been touched since the 1400’s.

It’s only been a few days since we returned home. The television production crew got the story we were looking for and we expect the show to air globally in November.

The Chinese film team crushed an edit at the end of every shooting day, sometimes on just two hours of sleep, and delivered it directly to YouKu each night.

Josh edited every night, producing 12 videos over 14 days!! He was relentless in getting his work done. He just released the first two videos from China and they are clocking about 55,000 views and climbing.

Our team, “The Crew 1iOpen” from the ARWS media house, have our first vlog out now chronicling the behind the scenes of this mighty production. We are closely watching what happens as all of this content begins to weave together on the various platforms.

At first blush, we feel bringing a YouTube vlogger onto our productions is just as important as traditional television broadcast. We are looking to expand our online audience for the sport by creating a continuous content environment which develops a diverse audience. We are taking one palette and painting multiple pictures for multiple demographics, all at the same time.

Award winning filmmakers Erik and Viv from 1iOpen Productions are specialists in bringing stories to screen from the most remote and extreme parts of the planet. From the Himalayas to the Swiss Alps, the jungles of Belize to the plains of Africa, they are adept at surviving harsh environments, producing in remote locations and crafting stories in the studio.