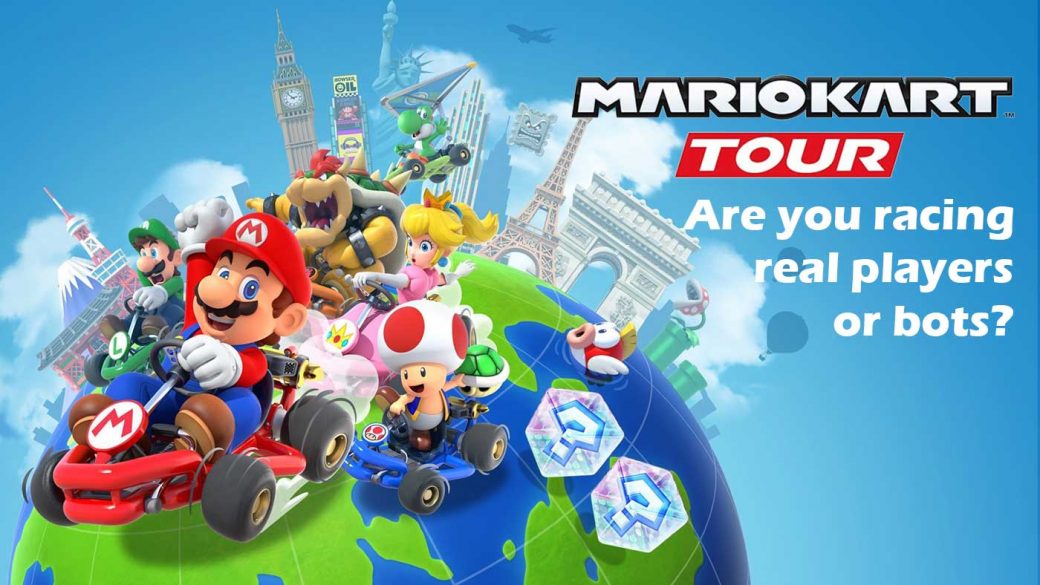 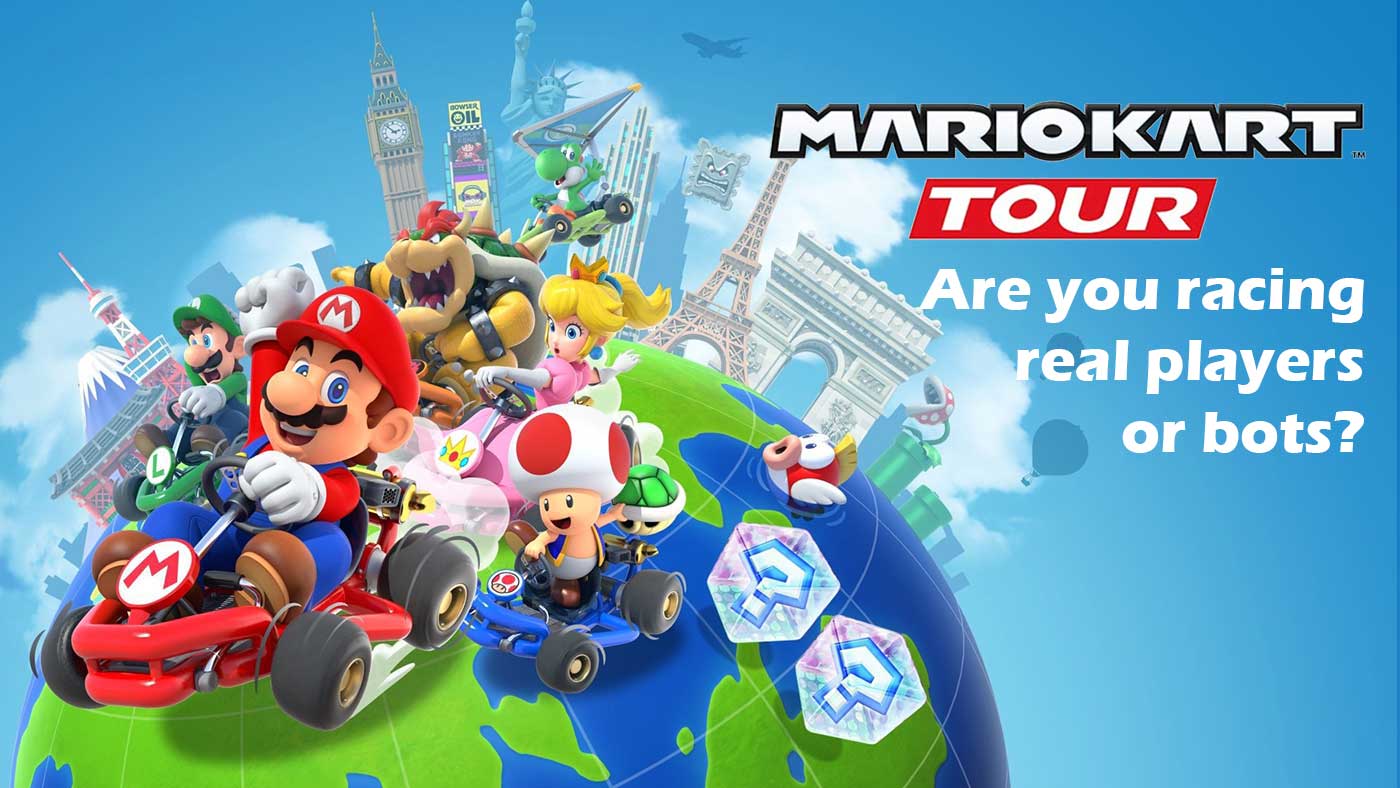 Following the highly anticipated launch of Mario Kart Tour yesterday, the pocket racer has now been live for over 24 hours and I’ve had some time to get used to the controls and test out different characters.

So far it’s been a fun and innovative experience and I think that Nintendo has succeeded in taming the kart controls for one-handed play.

However, there’s one question that’s been bugging me and it turns out that beta players were asking the same question since before the game’s launch: are you racing against real players or bots?

Mario Kart Tour – Are you racing against real players or bots?

It seems a given, that since you have to connect to the internet to even play Mario Kart Tour, Nintendo would launch the title with some form of multiplayer. The answer is somewhat confusing, however.

When you enter a race, the grid gets populated by racers with a variety of names, ranging from English to Japanese. So these are other real players, right? Wrong, these are bots.

There are three clues which confirm this. For one thing, the loading times for races are too quick. If real players were matchmaking the same race track at the same time as you, it would take some time to match up the different players, like playing Mario Kart 8 online.

The second clue is that the race does not even start until you tap on your mobile device. This goes the same for the tutorial mode where the bots wait until you begin the race. Finally, you can even pause the game (by minimising the app) and come back to it whenever you like, so it defeats the purpose of playing live.

So, what about the human-sounding player names. Well, it’s possible that Nintendo is spawning these from real players and using a time-shifted multiplayer algorithm to control the bots as with Real Racing 3.

The translucent multiplayer icon, on the home screen, simply says “inbound” and reads “available in a future version update”, when clicked. So, custom multiplayer will hopefully be available soon.

However, as a consolation prize, there are special ranked cups where you can pseudo compete against other real players. These group 20 real players of roughly the same skill level, and during the allotted time of the cup, you compete for the highest total score.

You can also compete against players in your friend’s list in these ranking cups. And, as a bonus, there are some nice prizes available for the top spots, like bundles or coins, rubies and tickets.