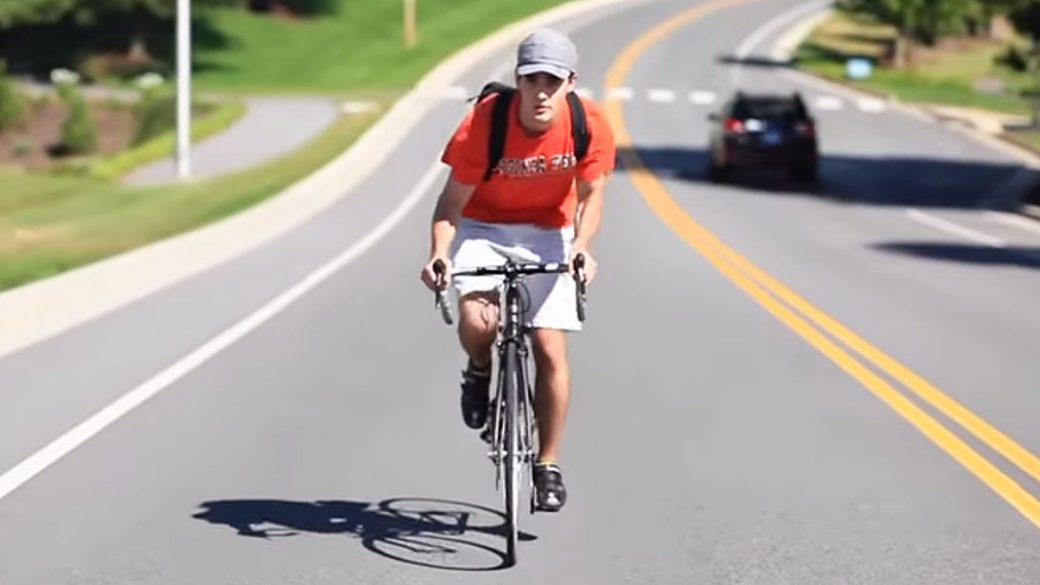 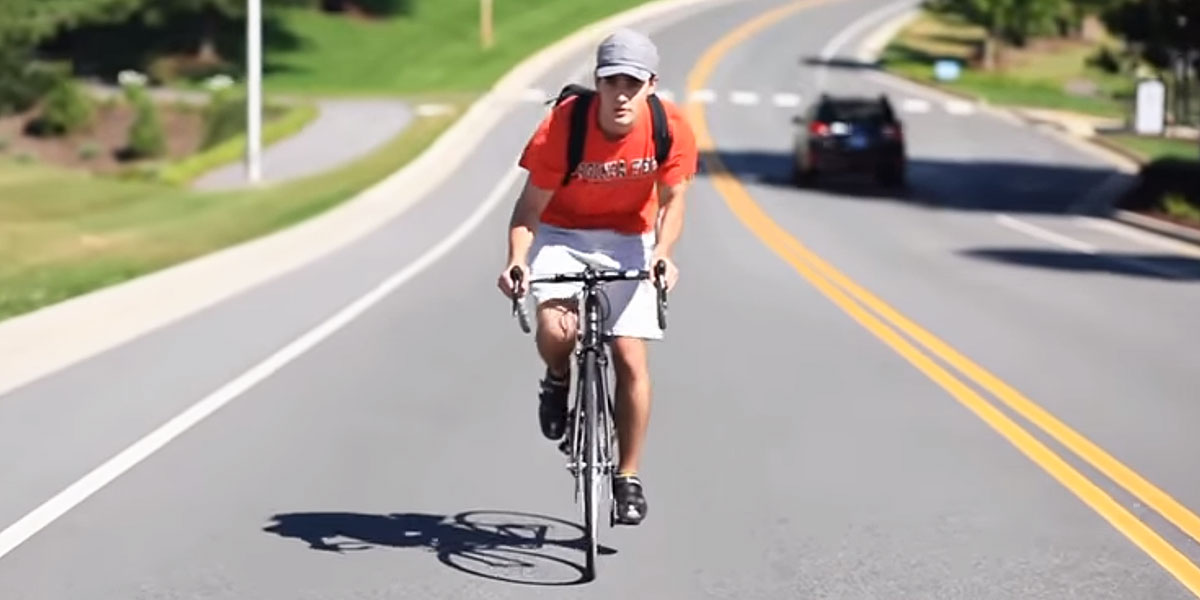 Despite the constant warning signs, some people still don’t wear a bicycle helmet. Commuters, University students and teenagers often deem the headgear “unfashionable”, difficult to store and bulky and risk their lives every time they get on their bike without one. But two students from Virginia Tech have come up with a solution to fix this. They’ve created a bike helmet that not only looks like a baseball cap but that also folds into the shape of a water bottle for easy storage.

The Park and Diamond helmet

Unlike most bike helmets which are thick chunks of unflexible foam, the Park & Diamond helmet is as thin as a baseball cap and just as protective as traditional safety gear. It’s been created by Virginia Polytechnic Institute and State University students David Hall and Jordan Klein, who seek to disrupt the invariably stagnant market.

The co-founders were driven to create the company following a tragic event. Last year, Hall’s sister was the victim of a hit-and-run bike accident while she was on her way to campus. She wasn’t wearing any head protection and spent four months in a coma. Thankfully, she made a full recovery but it gave the pair the idea of creating a helmet that was functional and stylish.

According to the U.S. Department of Transportation, 74 percent of fatal crashes involve a head injury. Of those killed, 97 percent are not wearing a helmet. The picture is similarly grim in the UK. Cycling safety hit the headlines in November 2013 after a spate of cyclist deaths occurred in London over a two-week period and led to a range of claims and counter-claims on safety. Things have been put in place to reduce this, including cycle lanes and road safety talks, but cyclists are still the second most vulnerable road user—after motorbikes.

By creating a helmet that is ultraportable, Hall and Klein believe they will be able to save the lives of riders who previously would have gone without one. Talking about the idea for the foldable helmet, Klein said:

We thought, what does every bike and bag have? A place to store a water bottle. So, if the helmet fits in that space, the rider can always be covered. Carrying a helmet becomes a seamless part of life.

The company’s inspirational story and innovative design helped it take the top spot in this year’s Red Bull Launchpad program, a collegiate start-up competition. The competition is designed to “give wings to collegiate entrepreneurs,” helping them turn big ideas into reality.

By winning, Park and Diamond earned an all-expenses-paid trip to New York to exhibit among other top entrepreneurs at TechCrunch Disrupt, considered one of the premier tech conferences in the US, and a coveted spot in Startup Alley.

Hats off to these incredible guys. Or rather, helmets on!

The Park & Diamond baseball cap bike helmet is now available for pre-order on Indiegogo and will begin shipping in early 2019. Pre-order pricing starts at $79. Stay posted for a hands-on review following shipping.