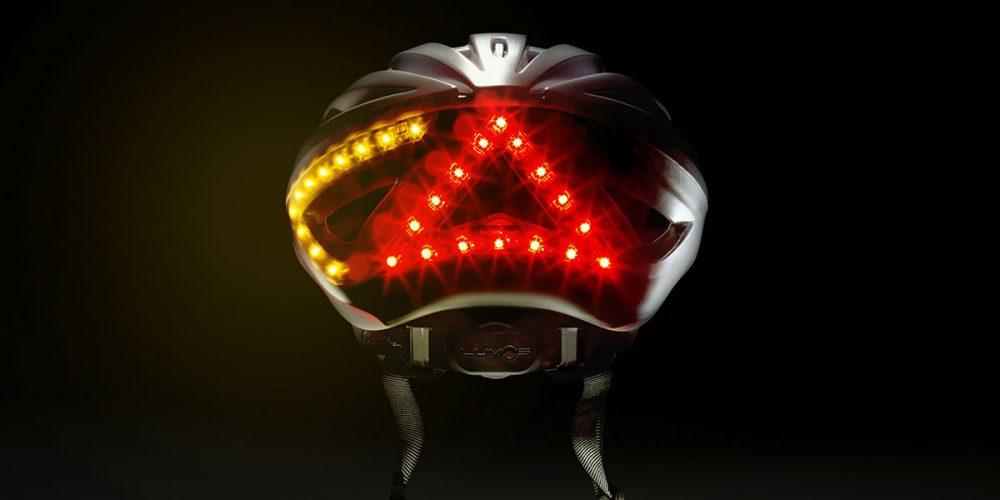 Now in its ninth year, the ‘Beazley Design of the Year’ award has become a kind of ‘state of the nation’ for design. Organised by The Design Museum in London the award acknowledges and celebrates some of the most creative inventions of the year that tackle environmental, cultural and technological issues.

The award’s categories range from: digital, fashion, graphics and product. The winner of this year’s transport category went to the team behind the world’s first smart bicycle helmet, Lumos.

Lumos is a next generation bicycle helmet. Designed by Eu-wen Ding and Jeff Haoran Chen, the helmet is the world’s first smart bike helmet that beautifully integrates lights, hard brake and turn signals. It’s an all in one solution for safety and visibility.

With a built in accelerometer, it detects when you’re slowing down and automatically displays a brake light and turn signals.

Watch it in action:

Other winners of the prestigious award included: a coffee cup used by astronauts, a robotic surgeon and the ‘Better Shelter’.

Better Shelter is a social enterprise bringing design industry innovation to emergency and temporary shelter. The project has developed safer, more dignified homes for those who have been displaced due to conflict and natural disasters.

Featuring a lockable front door and a solar powered wall, the shelter utilises flat-pack technology used in furniture design and has re-purposed it to create a shelter that can be easily assembled and transported. Flat-packed in a two-box kit along with all the required tools, the shelter is easily assembled in about four hours. The photovoltaic panel also provides enough energy to power the supplied light or to charge a mobile phone.

Watch the shelter in action:

30,000 Better Shelters’ are already in use around the world. The judges chose Better Shelter to claim the overall prize for its ability to make a worldwide impact.

The award is currently hosting an exhibition of all the winners up until 19 February at The Design Museum, London.