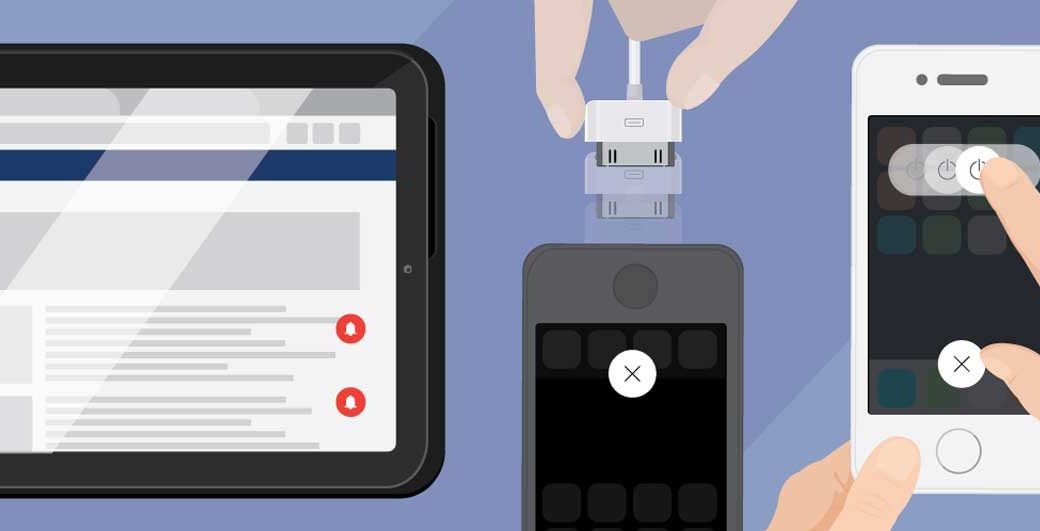 Earlier this year, at a concert in Italy, Adele paused in the middle of her set to ask a fan: “Can you stop filming me? Because I’m really here in real life, you can enjoy it in real life, rather than through your camera.”

In recent years, the relentless smartphone user has overtaken that tall guy wearing a hat standing in front of you as the most common concert pest. So much so that Apple recently filed for a patent on a technology that would disable iPhone cameras at concerts and other large events. Of course, some of this has to do with preventing unauthorized recording, but it is also likely an attempt to – in Adele’s words – make people “enjoy it in real life.”

This phenomenon is far from limited to concerts. People everywhere are glued to their smartphones at both appropriate and inappropriate times. Lately, it seems everywhere you turn, someone is attempting to catch a Pokemon. Recently, State Department spokesman John Kirby called out a news reporter for playing the popular game “Pokemon Go” during a briefing. Unfortunately, the reporter was unsuccessful in catching anything. Some view the game, and smartphones in general, as a safety issue. In the wake of the game’s release, the city of Toronto even considered passing a ban on texting while walking, though this was eventually abandoned.

Technology addiction is seemingly widespread these days. You may even find yourself wondering if you are addicted. In our modern interconnected world, it can appear impossible to escape the Internet.

Why Do We Get Addicted?

In general, technology addiction works similarly to other forms of addiction. Receiving a text message or a Facebook notification activates the reward centers in our brains. When someone likes a post we’ve made, we feel good. This is natural. Self-determination theory states that feeling connected to a group is a basic human need and essential to our well-being.

Social media is no doubt a valuable tool that can help us achieve this connectedness with others. But its widespread availability to us anytime, anywhere can also lead to overuse as we find ourselves constantly chasing this feeling. Fear of missing out is now such a common experience that its popular online abbreviation (“FOMO”) was added to the Merriam-Webster Dictionary earlier this year.

The CAGE questionnaire is a very simple quiz commonly used to assess alcoholism. Here I have adapted it to apply to technology addiction:

The original CAGE questionnaire also includes a fourth question about “eye-openers” – or needing to drink first thing in the morning. Checking your phone in the morning probably isn’t as strong of an indicator of addiction as morning drinking, but nevertheless, 35 percent of people report that their smartphone is their first thought each morning.

Even if you don’t think that you’re addicted to technology, answering yes to any of the questions above is an indicator that now might be a good time to rethink your relationship with technology.

Addiction often has associated physical symptoms as well and, in a way, technology addiction does, too. Have you ever felt your phone vibrating in your pocket, only to pull it out and discover you had imagined it? Or do you sometimes think you hear your phone ringing when it’s not? If so, you’re far from alone. A recent study found that nearly 90 percent of U.S. college students had experienced this phenomenon known as “phantom vibration syndrome.”

Modern technology is, of course, a good thing. But it should not control your life. Being able to mindfully use technology and finding the right balance is important. Buddhist author, teacher, and avid social media user Ethan Nichtern suggests putting your smartphone in “airplane mode” for one hour per day to allow yourself to focus on other things. Nichtern also suggests only accessing social media sites from a desk and following predetermined time limits for web browsing sessions. These ideas may sound difficult – even radical. If so, this may be an indicator of just how much your devices control you.

It’s also a good idea to try to avoid multitasking with technology, as doing so increases stress. Try to limit the number of tabs you have open in your web browser at one time. Resist the temptation to use multiple devices at one time (computer, phone, TV, etc.). If you find it hard to set limits for yourself, there are numerous apps (Freedom is one example) that you can download to limit your web browsing time. Of course, you can always just use a good old-fashioned kitchen timer.

It is also important to limit your screen time before bed. Technology use has been proven time and time again to have a negative impact on our sleep. We need time to clear our heads before sleeping. The Internet keeps us overstimulated and doesn’t allow us to decompress. The blue light of digital screens has also been shown to disrupt our natural sleep rhythms. Try reading a book, taking a bath, journaling, or any other relaxing, nondigital activity in the hour before sleep.

Here’s something that’s important to remember amid all this talk of technology addiction: iPhones, social networking sites, cameras, Adele concerts, and Pokemon are all good things. Mindfulness is the key here. Maybe just take a couple of snapshots at your next concert. Maybe you only need to check Twitter twice per day instead of every fifteen minutes. Maybe you don’t really need to catch Pokemon at your next State Department briefing or when crossing a busy city street. After all, it’s not whether you use these technologies, but how you use them. Rethinking your technology use can make you happier, better rested, and more productive. And you wouldn’t want to miss out on that!

Article by Barbara Markway in association with Fix. With files from Jesse Markway—a St. Louis-based freelance writer and musician, writing songs about everything from baseball to dogs.

Posted in: Lifestyle Tagged: Health & Fitness| How to?| Technology