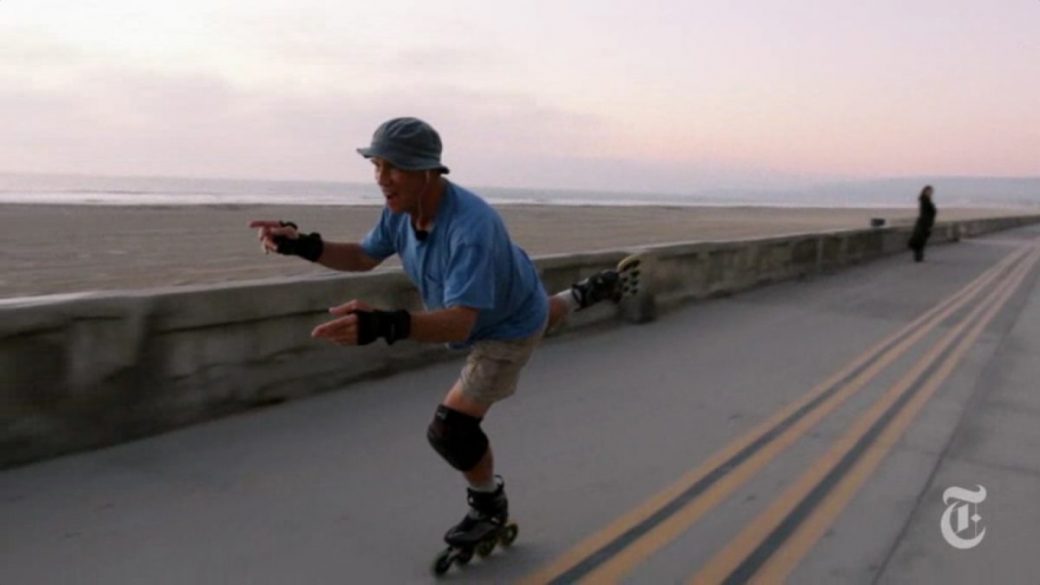 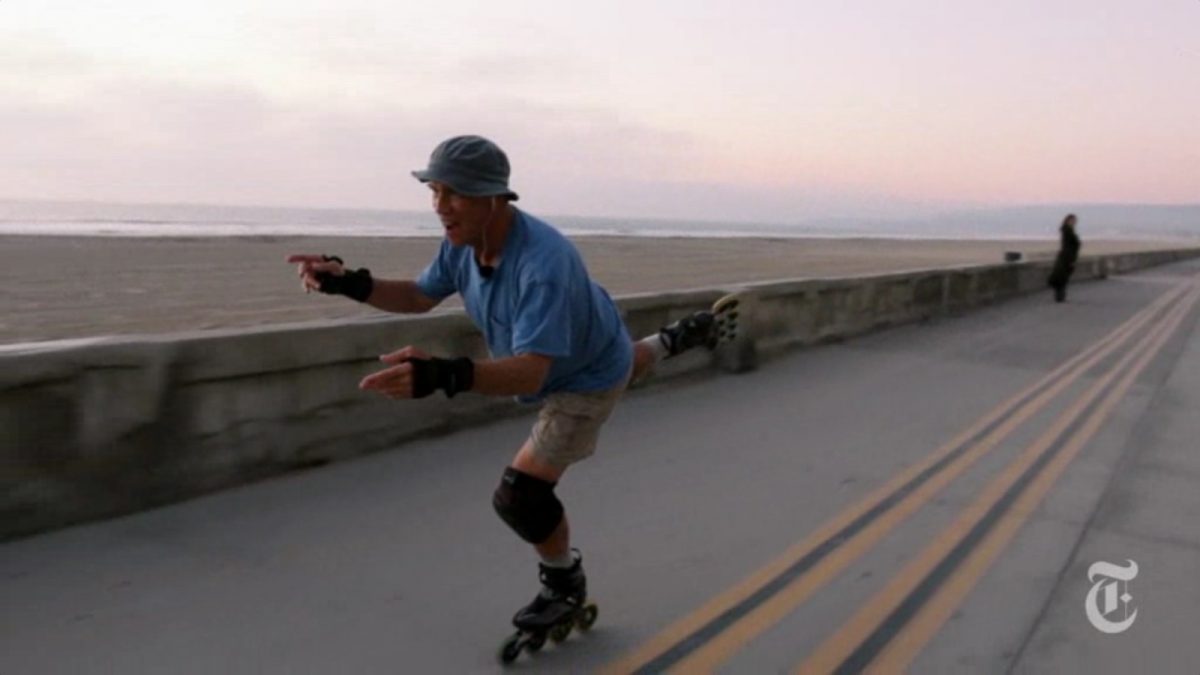 After leaving college, Dr. John Kitchin didn’t have any real sense of direction but was shepherded towards the medical profession. However, after he heard the words “Do what you want to,” from an elderly patient, it really hit home. He realised that he wasn’t being fulfilled by this life and the material possessions it provided, in fact he was depressed and frustrated with it. In search of happiness he abruptly abandoned his career as a neurologist and moved to a studio by the beach for a new life of simplicity and skating.

The film entitle ‘Slomo’ was made by Josh Izenberg and has won more than a dozen awards. Josh said “Slomo came into my life at an opportune moment. Having just rolled into my 30s, I was looking for both a film subject and some wisdom on how to approach the encroaching “middle third” of my life — the years when youthful idealism is so often blunted by adult responsibilities.”

During a business trip to San Diego, Izenberg’s father had a chance meeting with John Kitchin, who was an old medical school classmate. “The locals called him Slomo,” Izenberg said, “knowing little about his past life, but cheering and high-fiving him as he skated by in slow motion.” John Kitchin, himself, says people are cheering the “one person who got away…who escaped.”

“I’ve long been fascinated by people who make seismic changes late in life. It goes against the mainstream narrative: Grow up, pick a career, stick it out, retire. I was also curious about Slomo’s concept of “the zone,” a realm of pure subjectivity and connectedness that he achieves through his skating. The only thing Slomo loves more than being in the zone is talking about the zone, so it wasn’t hard to persuade him to take part in a documentary film.”