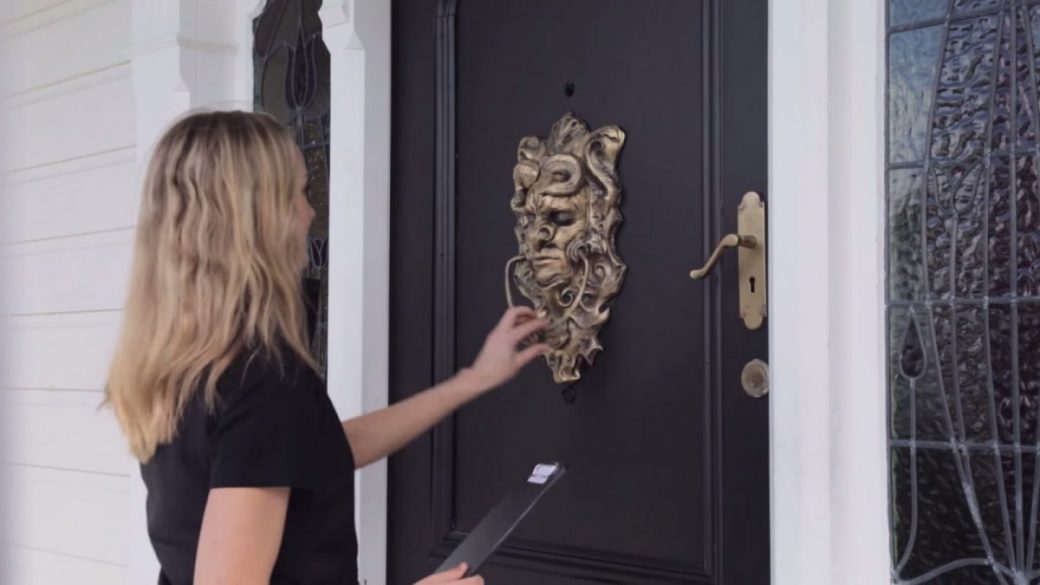 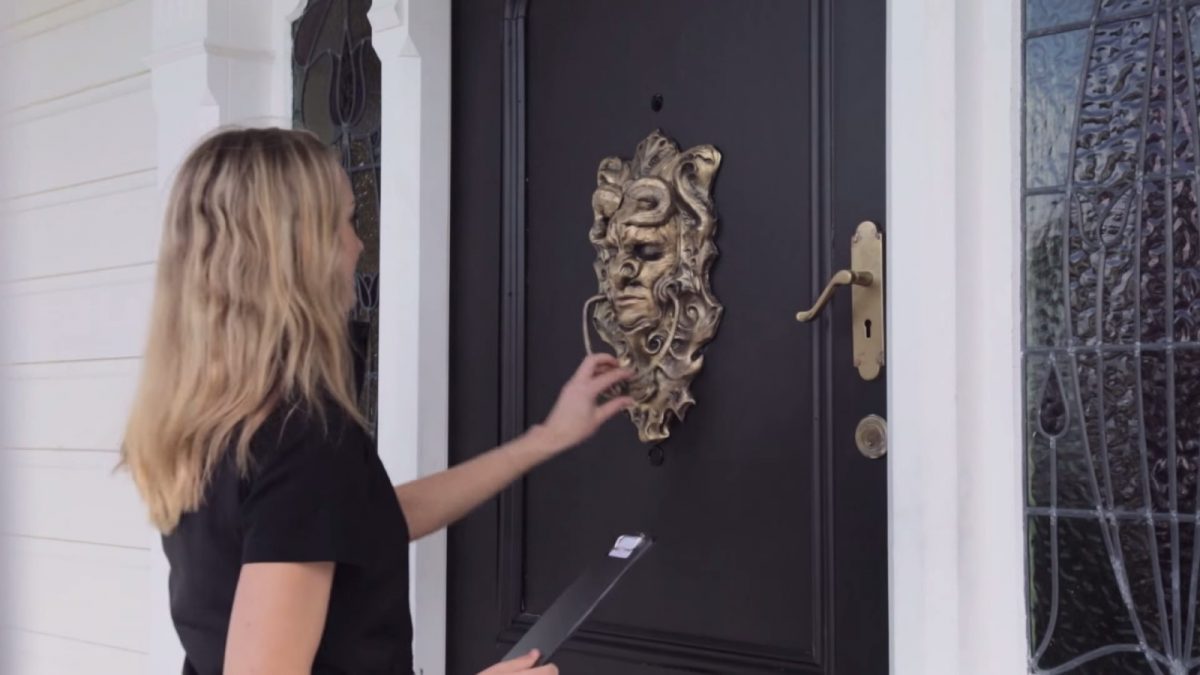 With the environmental impact of our energy sources increasingly becoming a factor in our choice of energy supplier, energy companies need to highlight their new approaches to potential customers. In the today’s highly competitive market, this is even more important and it’s becoming clear that traditional ‘pushy’ sales techniques are annoying and off putting to the increasingly environmentally concious and savvy. In order for people to make the most eco-friendly yet affordable choice, they need clear and concise information at their fingertips, not a door-to-door sales-person pushing the latest contract offer!

Cue Energy Online, the challenger brand of Genesis Energy, that thought it was about time for a change; they’ve put together this witty campaign to fight off pesky ‘door-knockers’.

For those unsuspecting energy sellers who confronted Energy Online’s door, they were confronted with a nasty surprise! Straight off the bat they encountered a large, spooky gargoyle ‘statue’ at the foot of the porch. While some completely ignored the life-like creature in their peripheral vision, there was no way they could miss the rad over-sized gargoyle-head door-knocker at the top of the steps. When I said ‘rad’, I really mean it—that is one awesome door-knocker; not only does it look cool but it speaks…oops I gave that away…it’s OK though, I’m sure you’ve watched the video by now.

Anyway, some of the lines this savvy gargoyle comes up with are hilarious and do a great job at scaring the clipboards out of the sales-people’s hands…even though we love the gargoyle, you can’t help feeling a bit sorry for some of the ‘door-knockers’, especially those that get really scared. There was even one, who dropped her clipboard after the gargoyle statue came to life and chased her down the garden path tag-team style.

“Human…STOP TOUCHING MY KNOCKER” and “REMOVE YOURSELF FROM MY VERANDA” are some of our favourite gargoyle quotes.

Thankfully the anti sales-person knocker comes with a built-in ‘sales-person check’, so it doesn’t scare away your guests or the post-person. “HI…What can I do for you?” asks the gargoyle. “I’m here to save you money on power today sir, are you interested?” replies the sales-person. “I AM NOT!” says the door-knocker abruptly. It appears that Energy Online have stumbled onto an awesome invention here; we’re sure these door-knockers would fly off of the shelves of any hardware store.

The inspiration behind the campaign comes from the insight that on average people spend nine minutes a year interacting with their energy provider. And they sure would prefer spending it in a fun way. So, as well as this film, Eenrgy Online created a series of videos that give those involved approximately nine minutes of enjoyment, entertainment and sometimes a bit of a fright, while highlighting key Energy Online benefits. Check out their YouTube channel to watch the others.

“It’s great to be involved with a brand that is not about interrupting people like traditional power companies. Instead, we’re creating content that people want to engage with,” says the Campaign Executive Creative Director Bridget Taylor.

The campaign is going down a storm on the web, being featured on the front page of UNILAD, Reddit and news sites globally. A few YouTube commenters on YouTube spotted one flaw in the anti-sale’s person security system however; “I’m surprised nobody punched him,” one wrote. Another loved the idea though and typed “Should do this stunt for Halloween.”