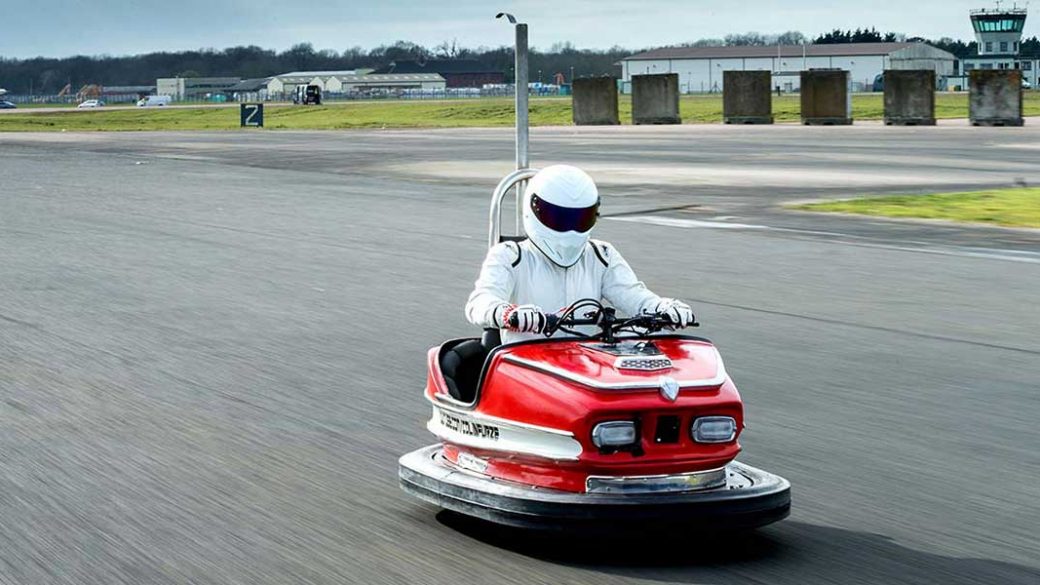 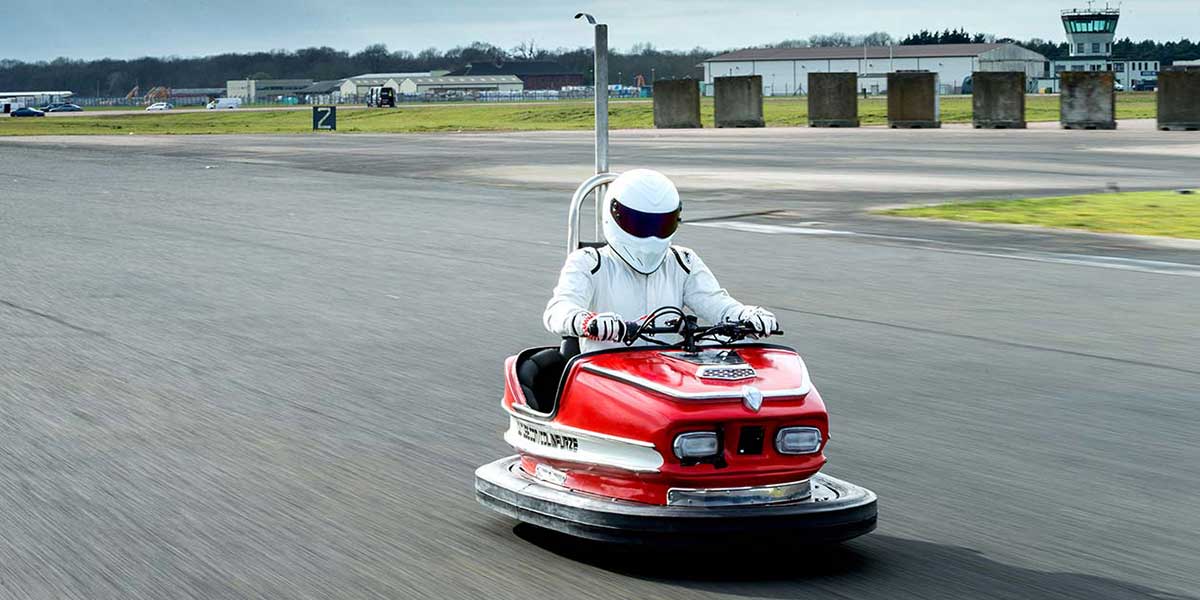 Challenged by the producers of BBC’s Top Gear to transform something slow into something extremely fast, engineer and inventor Colin Furze has once again come up with another wacky, record-breaking vehicle.

Furze has plenty of experience in converting unusual items into incredibly fast racing machines. He’s already created the world’s fastest pram. As well as the fastest mobility scooter (a record since broken by British mechanics David Anderson and Mathew Hine).

His latest endeavour saw him customise a 1960s dodgem into the world’s fastest bumper car:

Of the project Furze said:

This 600cc monster is the work of hours of shed time working out how to squeeze a sports bike and so[me] wheels into a dodgem shell without making a death trap. But surprisingly in a straight line it’s actually quite a solid ride. Even when reaching 3 figure speeds.

Top Gear‘s professional driver The Stig tested the vehicle at Bentwaters Airfield near Ipswich, Suffolk, UK. He hit a lightning speed of 161.476 km/h (100.336 mph). Bear in mind the average speed for a bumper car is just 5 mph!

The car took the inventor three weeks to build. While Furze added a 600cc Honda motorbike engine, he ensured that the chassis remained that of a bumper car and the wheels were the same size—as specified under Guinness World Records rules.

We’re all used to seeing The Stig driving at high speeds—but he’s usually in a sports car and usually on a race track. To see him hurtle past in a classic bumper car at 100mph was surreal, but hugely impressive. Equally as impressive are the engineering expertise of Colin Furze—the combination of their skills makes for record-breaking fun.

To discover how Furze created his record breaking bumper car, check out his project videos: Part 1 and Part 2