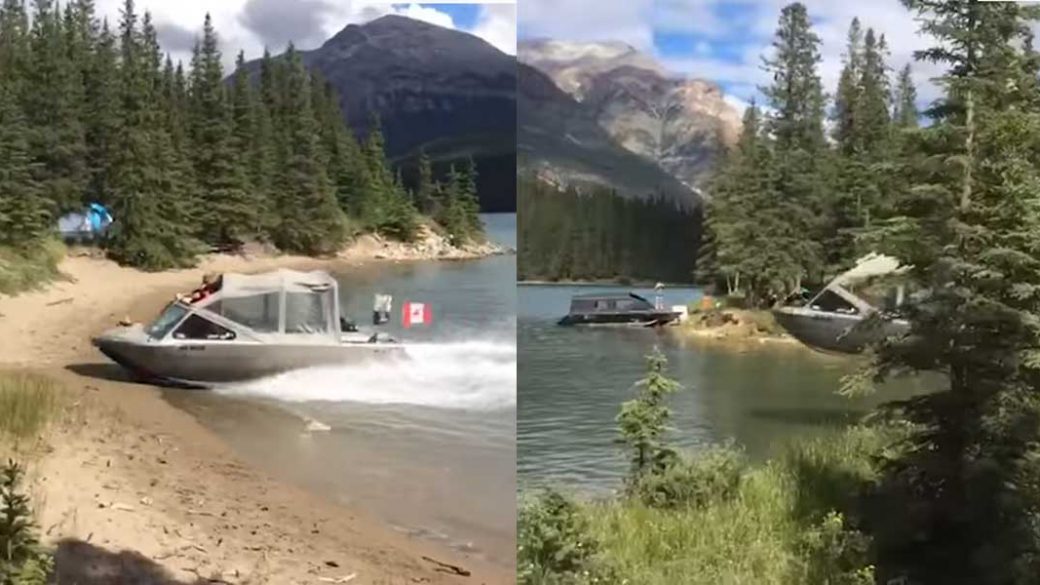 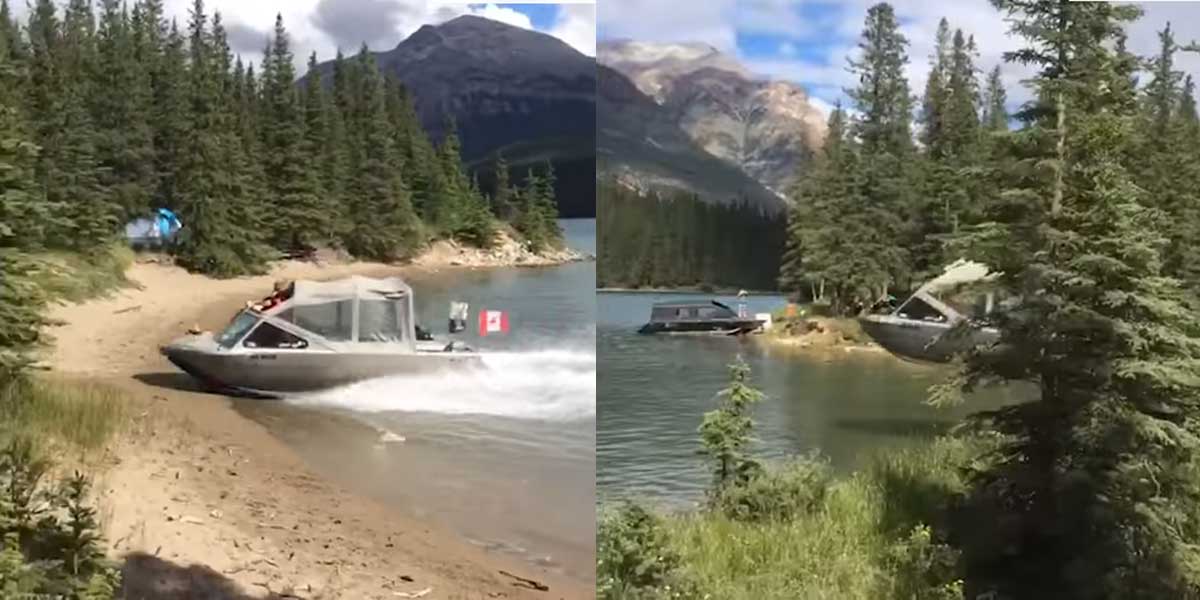 A video has been posted online showing a jet boat pulling off one of the most unexpected stunts. The heart-stopping footage shows a fearless jet boat rider heading full throttle at the shoreline, to jump their vehicle straight out of the water and over dry land.

The boat can be seen racing across a lake before zooming up the sands of a beach.  As it hits the thin strip of land, the boat takes off, hopping in the air before landing in the lake on the other side.

The jaw-dropping moment took place at the Tuchodi Lakes in British Columbia, Canada and was filmed by 16-year-old Brad Dwernychuk.

Dwernychuk, who did not know the individuals who owned the 16-foot (4.8 metres) Lynx Outlaw boat, said:

They told us that they were going to jump the boat, so they[‘d] come wide open across the lake. We thought they were kidding when they said that, and as they got closer to the jump they sped up…I jumped when they hit it.

The driver certainly had to have nerves of steel to attempt a trick like this!