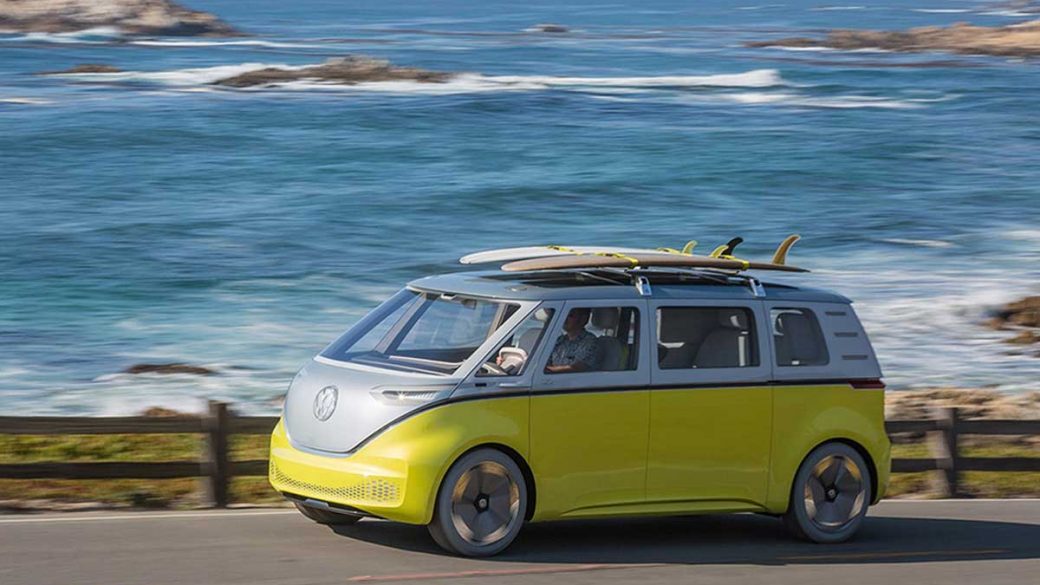 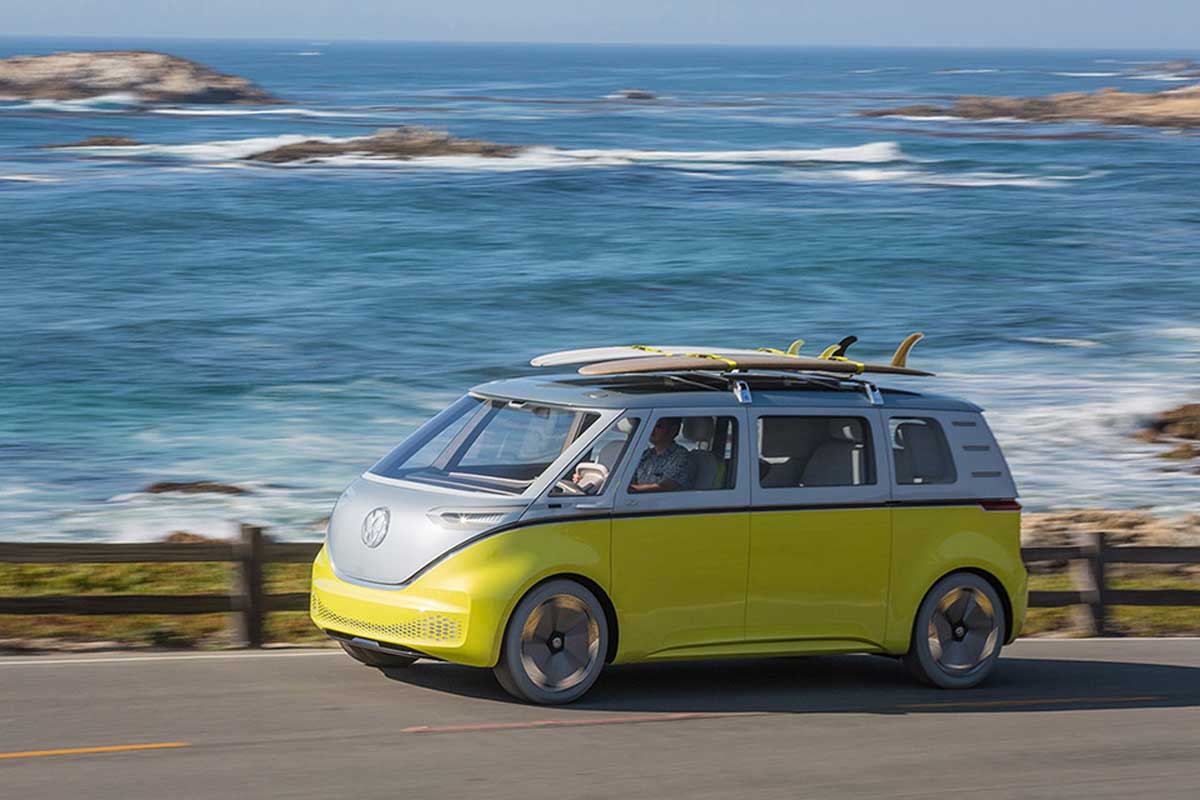 When it comes to surf vehicles, there are few as recognisable as the VW van. It’s become a symbol of surf culture worldwide, with some of the biggest surf brands even printing t-shirts of the iconic vehicle. Syncronistically, I’m wearing a VW van t-shirt as I type this…spooky!

More importantly, the success of the VW van has kicked off the growing vanlife movement. As the Inertia’s Alexander Haro writes, “It’s for good reason…Those old buses are amazing, and Volkswagen knows it. That’s why they’re coming out with a new one.”

Back in January, Volkswagen showed us their vision for the future of the vanlife culture when they released their concept VW electric van, the I.D. Buzz, at the North American International Auto Show in Detroit.

The concept created a wave of excitement and finally, last month, VW announced that the VW I.D. Buzz would be going into production and available for purchase in 2022 in Europe, the United States and China.

Taking all the best features from the original Type 1 Microbus, the I.D. Buzz will combine extra storage room and a fresh design into an environmentally friendly vehicle. Initial estimates from VW anticipate the I.D. Buzz being able to go 300 miles on a single charge.

The I.D. Buzz is also going to be all-wheel drive, which makes it even more attractive to outdoor enthusiasts who do not want to be hindered in the potential of their vehicles.

We are delighted that our parent company has taken the decision to produce the I.D. Buzz. This vehicle is the perfect balance between emotion, usability and sustainability, while also showcasing our technological leadership. The high seating position, cargo capacity, overall versatility and all-wheel drive option packaged into such an appealing design is just what our customers want from us. And it’s the perfect fit for the zero-emissions American lifestyle.

While it’s still going to be a few years until we can purchase one or even see them on the roads, the I.D. Buzz getting officially slated for production is just what plenty of folks have been waiting for. No word yet on an official name for the vehicle.

All photos: Courtesy of Volkswagen