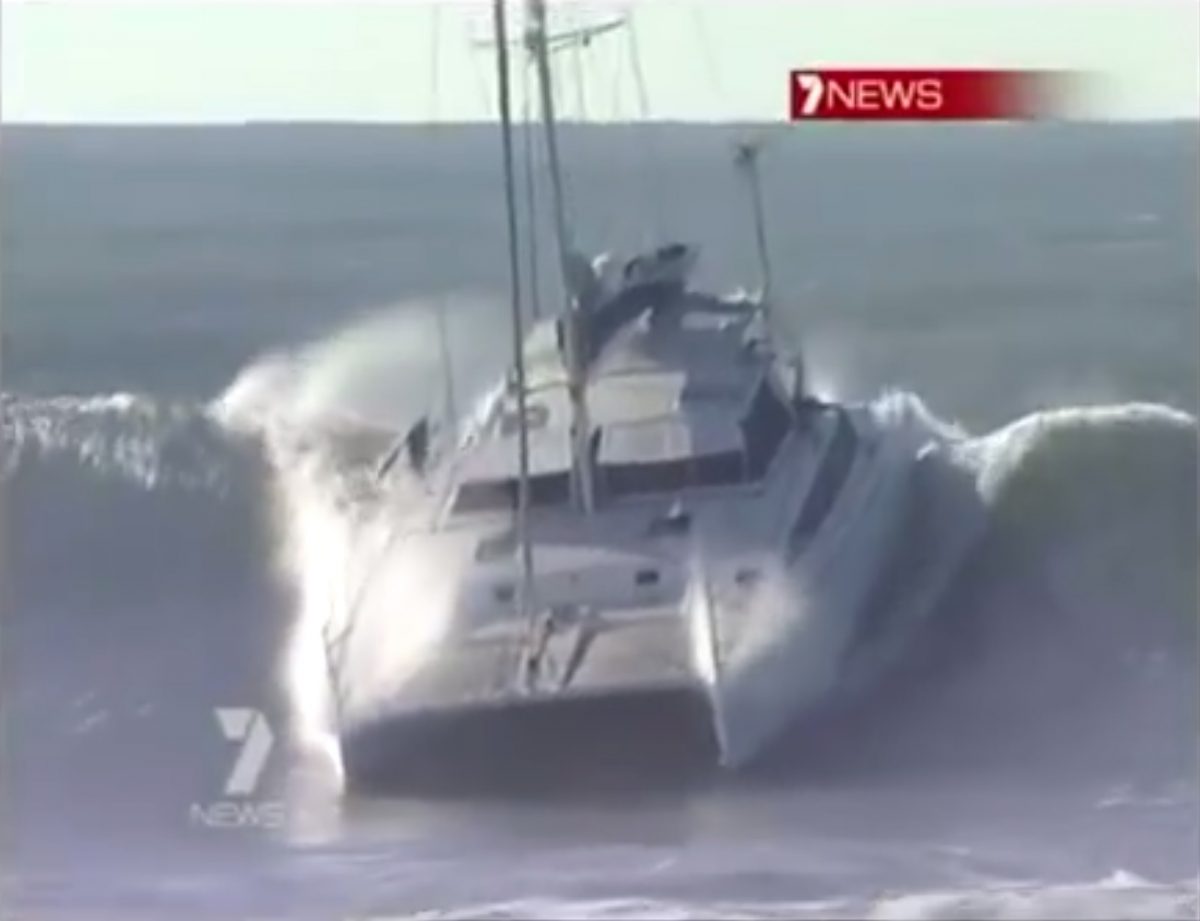 This Youtube video was uploaded back in 2009 (originally) but is still amazing to watch. Ian Sloan, the skipper of a 46-foot, $500,000 catamaran gets impatient waiting for the swell to die down. Instead of taking the two-day trip around, he decides to dart for a break in the surf. 15-foot swell builds behind the cat and launches it down the line into shore!