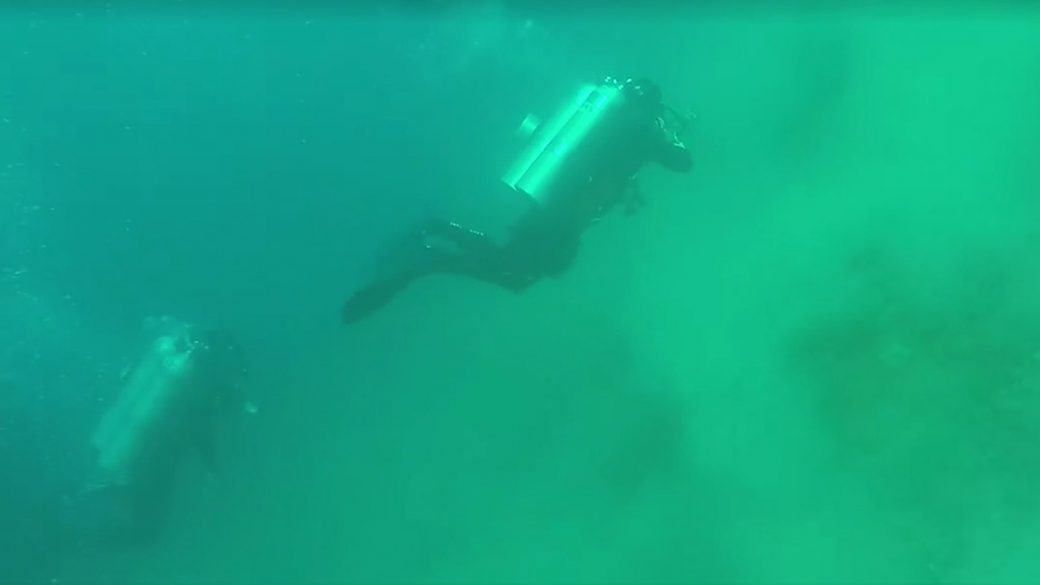 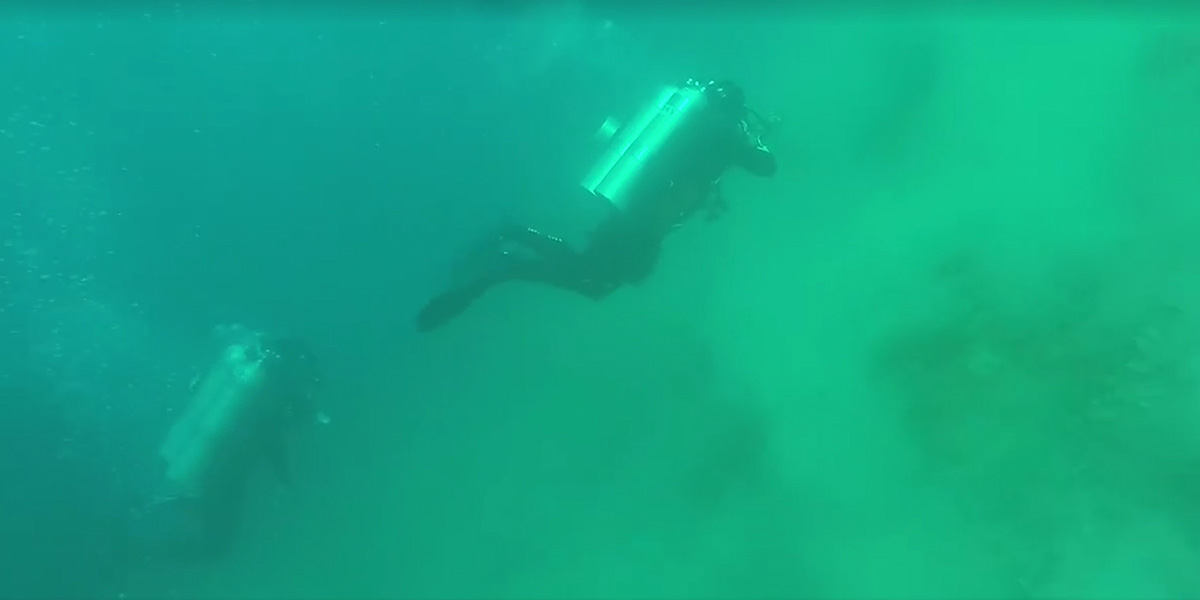 A group of scuba divers had quite the scare when they were caught during an underwater earthquake in the Philippines. The earthquake, which measured 5.6 on the Richter Scale, struck while the divers were performing technical training near Mabini, Batangas.

Jan Paul Rodriguez, who lives in Quezon City in the Philippines, captured the footage of the earthquake. While the team had planned to dive to 42 meters, their descent was stopped when the quake hit them at 18.

It felt like there was a huge propeller of a big boat turning around directly above us, we hear underwater the trembling of rocks under the ground and we felt the shock wave. It hurts our ears, feeling heavy breathing and sudden changes in pressure. The seabed pumped up and down immediately followed by a strong shaking of the ground and the small rocks falling.

According to the Philippine Institute of Volcanology and Seismology, there were two earthquakes that day. The 5.6 quake, which struck at a depth of 27 kilometres (17 miles), was followed by another quake at 24 kilometres (15 miles) deep.

Luckily the team quickly aborted their dive after the first and resurfaced unharmed.

The back-to-back earthquakes cracked small buildings and blocked roads with minor landslides. Hundreds of villagers also fled from their homes to higher ground, for fear of a tsunami.

Due to its positioning on the Pacific “Ring of Fire”, the Philippines is vulnerable to frequent earthquakes and tremors. In 2012, a magnitude 6.7 quake damaged and destroyed 2,650 homes on the central islands of Visayas.