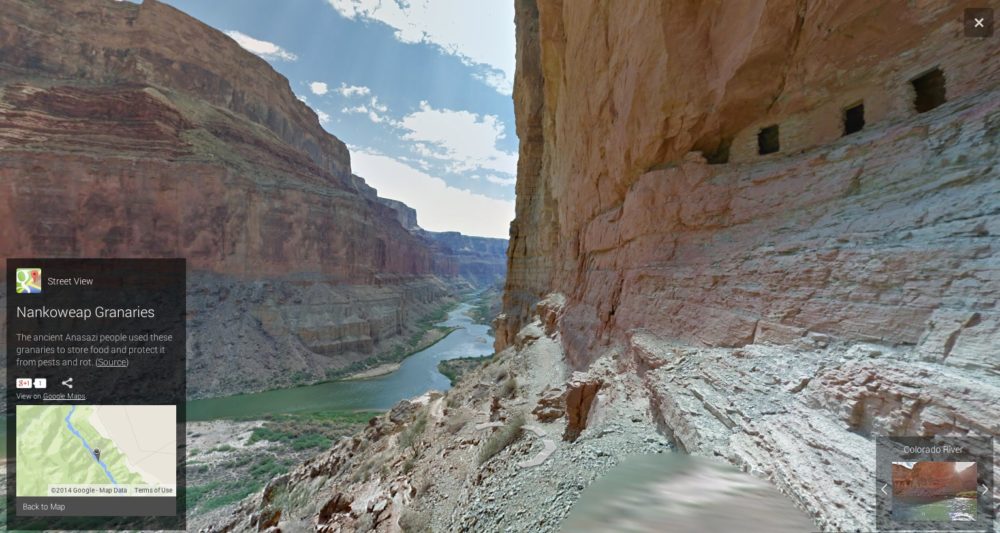 A new Google Maps Street View project that focuses on the Colorado River, was launched last week (March 13th 2014). The project saw Google Maps partnering with  American Rivers to use Google’s Street View technology on a major whitewater river in the U.S.

For the first time, you can explore 286 miles of the Colorado river and take a virtual tour through the Grand Canyon in full 360-degree photo spheres. The project brings renewed attention to the wonder and beauty of the Grand Canyon, as well as the challenges facing the Colorado River’s health. American Rivers named the Colorado River America’s Most Endangered River in 2013 because of the threat of outdated water management, over-allocation and persistent drought.

This is very cool but you can’t kayak down a street (unless it’s flooded); this should be called ‘River View’!