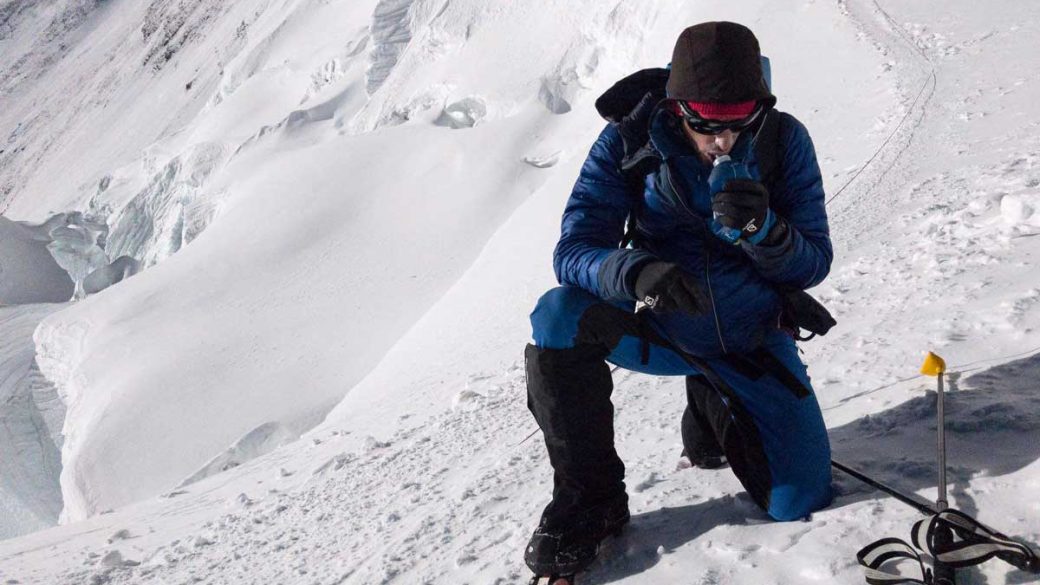 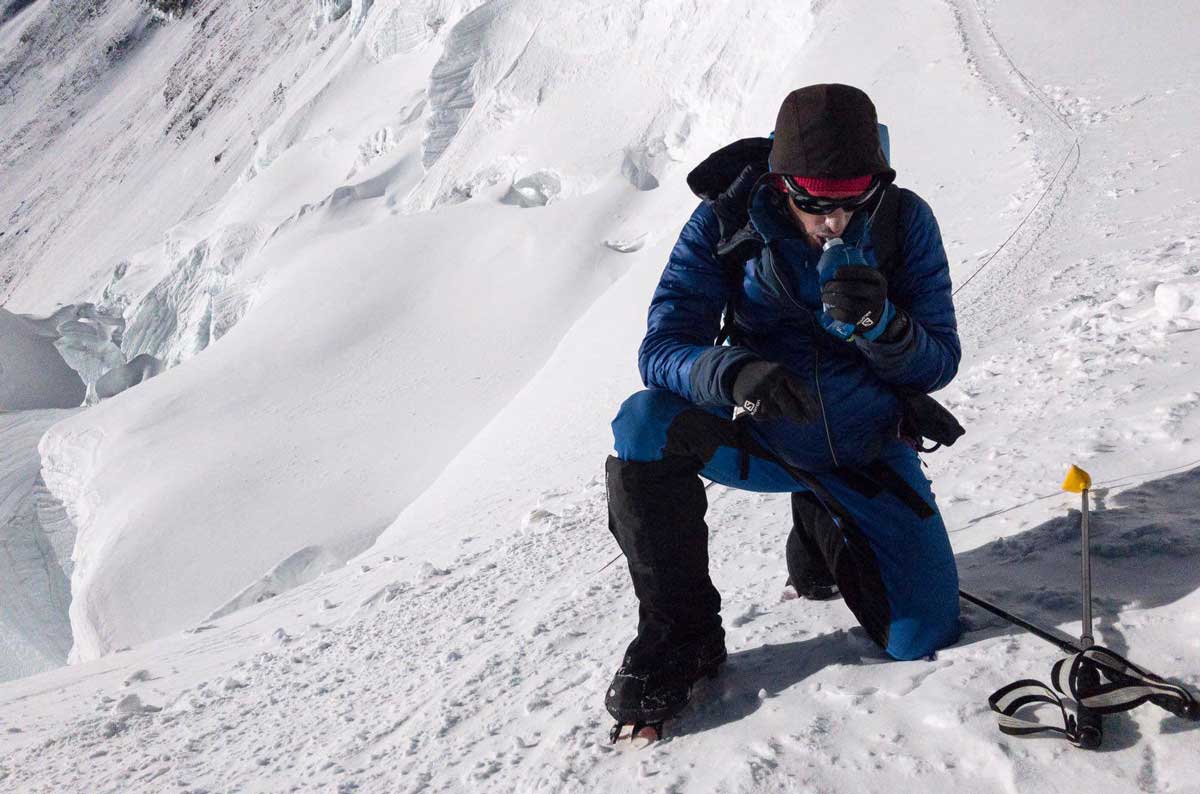 Ski mountaineer and ultrarunner Kilian Jornet set a new record for the fastest known alpine ascent of the world’s highest peak in the early hours of Monday morning, having climbed 11,429 feet to the top of Everest in a mere 26 hours.

The 29-year-old Spanish climber ascended via the North Face in a single climb, without using oxygen or fixed ropes, according to a report from Outside Online and a statement issued by his team. He left base camp (elevation 17,600 feet) around 10 p.m. on Saturday, May 20, and summited around midnight on Sunday, technically finishing Monday morning.

Sébastien Montaz-Rosset, an experienced French mountaineer and filmmaker, climbed to approximately 24,600 feet, where he filmed part of Jornet’s ascent before turning back to report on the situation.

Jornet had actually considered four different routes, but he later reported in a Facebook post (see above) that he chose the traditional one in the end. Typically, it takes climbers four days to reach the summit on this route, making the Jornet’s 26-hour record even more impressive.

Summits of My Life

Montaz is currently following Jornet on his quest to set speed records on some of the tallest, most iconic peaks in the world. The project is called ‘Summits of My Life’ (check out the trailer above) and apart from adventure, the pair has crossed paths and worked with various charity organisations, such as SOS Himalaya.

Having added Everest to the list, Jornet’s record-breaking project shows no signs of slowing down. So far, ‘Summits of My Life’ has seen the Spaniard set speed records on Mont Blanc, the Matterhorn, Denali, Aconcagua, and Kilimanjaro.

Up to 7,700m I felt really good and was making progress as planned but then I started to feel unwell, probably from a stomach virus. From then on I made slow progress and had to keep stopping to recover. I finally reached the summit at midnight.

Reaching the summit of Everest without fixed ropes isn’t something you’d do every day! I saw a fantastic sunset and finally reached the summit at midnight. I was alone but I saw the lights of expeditions setting off on their ascent both on the north and south faces. I started to descend right away so as to get to the ABC as soon as possible.

Four climbers died trying to climb Everest over the weekend

More than 200 people have summited since Friday, bringing the season to total to 250. A record number of permits were issued this year—375. However, it was not all good news over the weekend. Amid rumours that Hillary Step, a famous rocky outcrop on the main climbing route, had disappeared, four people sadly lost their lives on the world’s highest mountain.

Alabama climber Roland Yearwood was one of these four. After making it through the 2015 earthquake at Mt. Everest, the 51-year-old physician returned this year to give it another go but died during the attempt, around 8,000 meters. Two other climbers died from altitude sickness and one fell to his death.

High winds had actually bombarded the mountain last week, then eased to provide a window for good climbing over the weekend. But, once again the question of risk vs reward for Everest climbers has been raised.

The weather has been pretty bad, especially with high winds, but there were some little keyholes which climbers have been lucky to take advantage of.

Several teams got lucky, but there are also many climbers who had to turn around half way to the summit due to high winds.