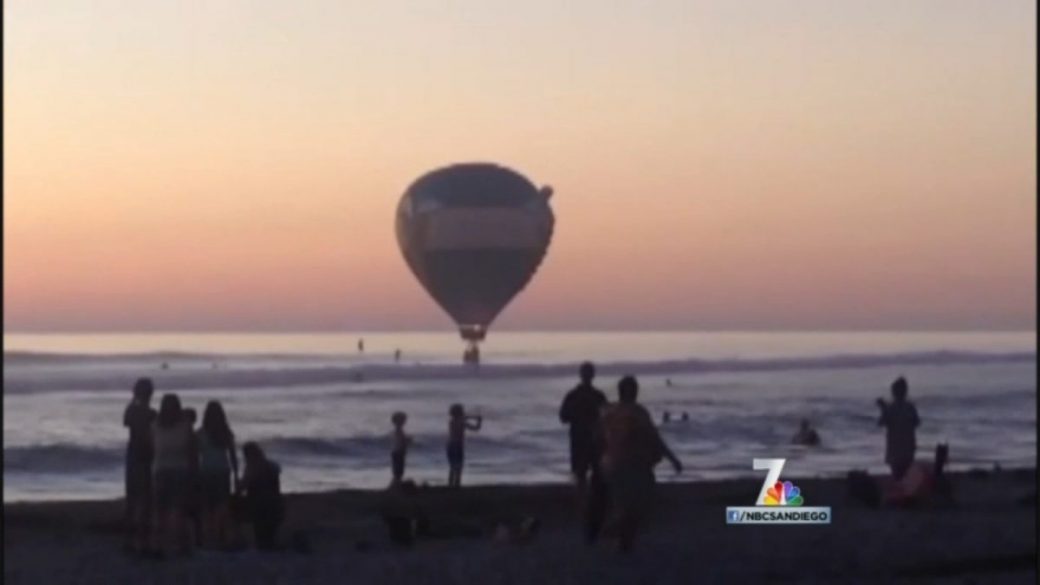 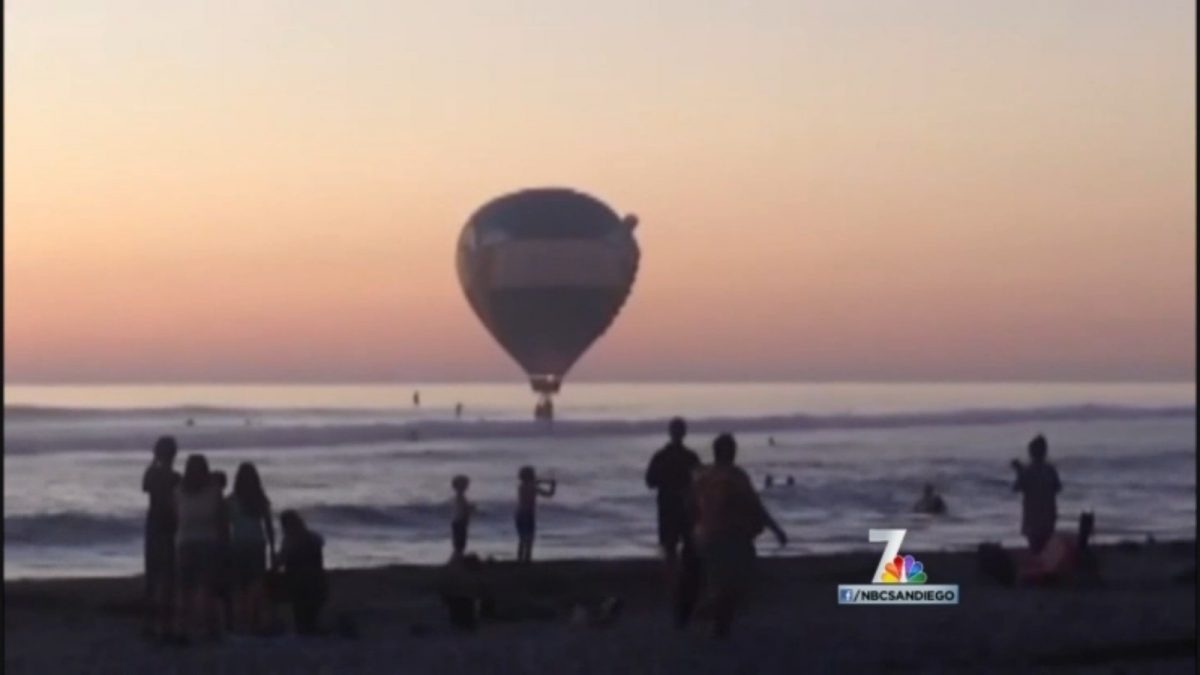 Straight after proposing in a hot air balloon on Sunday night (October 5th 2014), things went down-hill for the passengers of the balloon, but not in the way you might think. The man’s (now) fiance said yes, but the hot air balloon drifted off course and ended up in the ocean at Cardiff-State Beach, near Cardiff-by-the-Sea. KNSD-TV had the story:

According to KNSD-TV, Eric Barretto and his new fiance were enjoying a sunset balloon ride when the balloon crash-landed in the water just off of Cardiff-State beach, in north San Diego. The balloon began drifting off course and the pilot wasn’t able to bring it back around.

Hundreds of people lined the coastline, watching as the balloon veered off course and began descending towards the ocean. The pilot told reporters that the wind pushed the balloon to the west, and that the best option was to guide the balloon down into the water, providing a softer landing and allowing wind to push the balloon back to shore. It took the pilot two attempts to land the balloon safety. Beach goers told KNSD-TV that they thought the passengers were going to jump before the balloon went back up in the air. The pilot also said, that in 12 years of flying, this was a first – so some pretty quick thinking from him proved invaluable.

Once they did land in the water, Barretto said they put out a line to some nearby surfers. They helped pull the basket back to shore. “It’s unforgettable. That’s all I can say,” Barretto said. “I don’t know if we’ll do it again.”

The Encinitas Marine Safety Capt. Larry Giles said that “Between the lifeguards and the bystanders in the water, the surfers here at Cardiff reef…did a great job and they got the balloon back up onto the beach without injury.”

Surfers to the rescue!