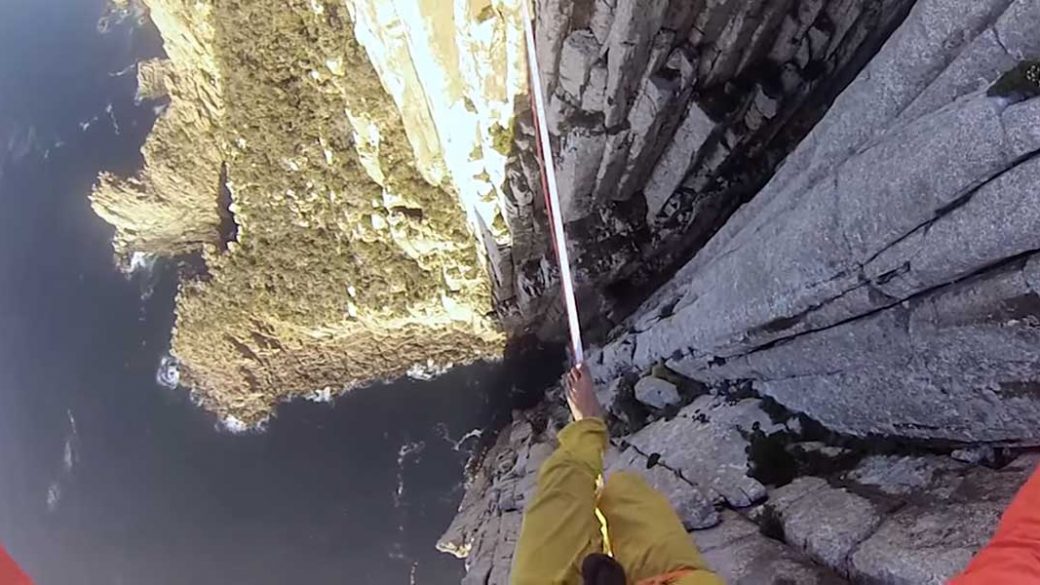 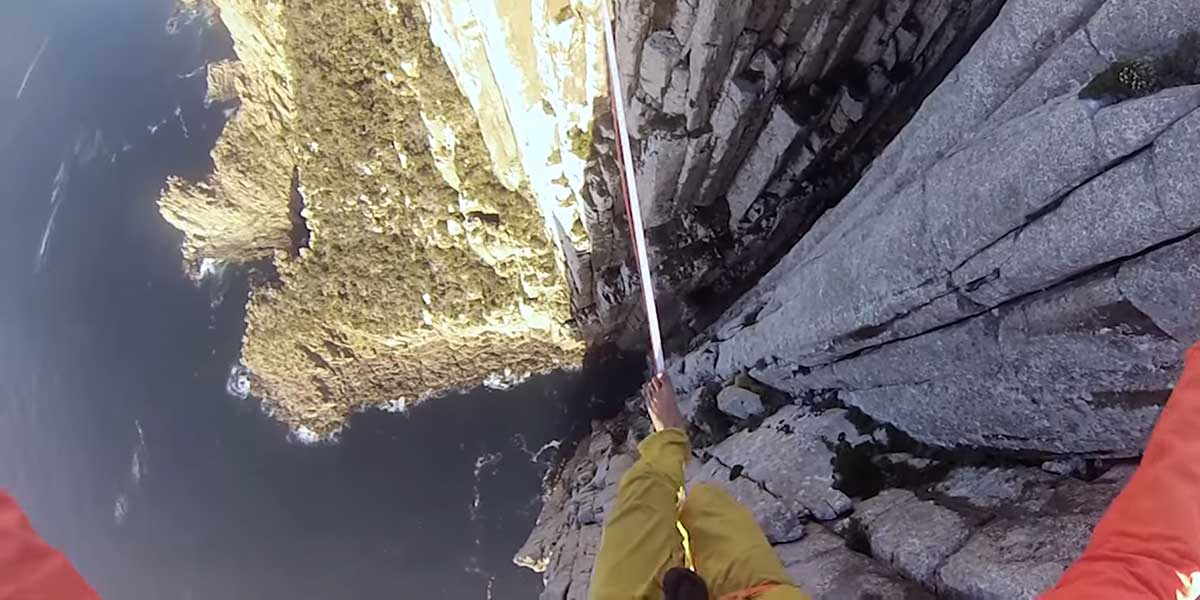 Luka Irmler, a professional slackliner from Germany, took his life into his hands when he balanced on a thread 400m above the Pacific Ocean. The amazing video captures the high liner concentrating intensely as he crosses from one sea cliff to the other across Cape Pillar in Tasmania.

Cape Pillar is part of Tasman Peninsula’s colossal rocky coastline and is located on the aptly named Desolation Island. The two cliffs, rising to 400m high, are separated by the Pacific Ocean where many visitors often spot whales and sharks.

The video shows Irmler, who turned professional in 2011, swaying to and fro on the tiny line as he attempts his crossing. While attached via a harness, Irmler rarely makes a mistake. When he does fall, he quickly grabs the line and regains his positioning.

Thanks to the different camera angles including wide sweeping shots and POV footage, we’re able to get a real feeling of the magnitude of the crossing. It’s a real stomach churner when he looks down.

Irmler is certainly no stranger to heights. In 2013 he broke the Highline world record in the Andes when he completed a crossing at an altitude of 5222 m above sea level. His most recent high line saw him crossing the famous Three Capes Track in Australia under the cover of darkness. A walk which resulted in some pretty incredible photos. See them here on his Facebook page.