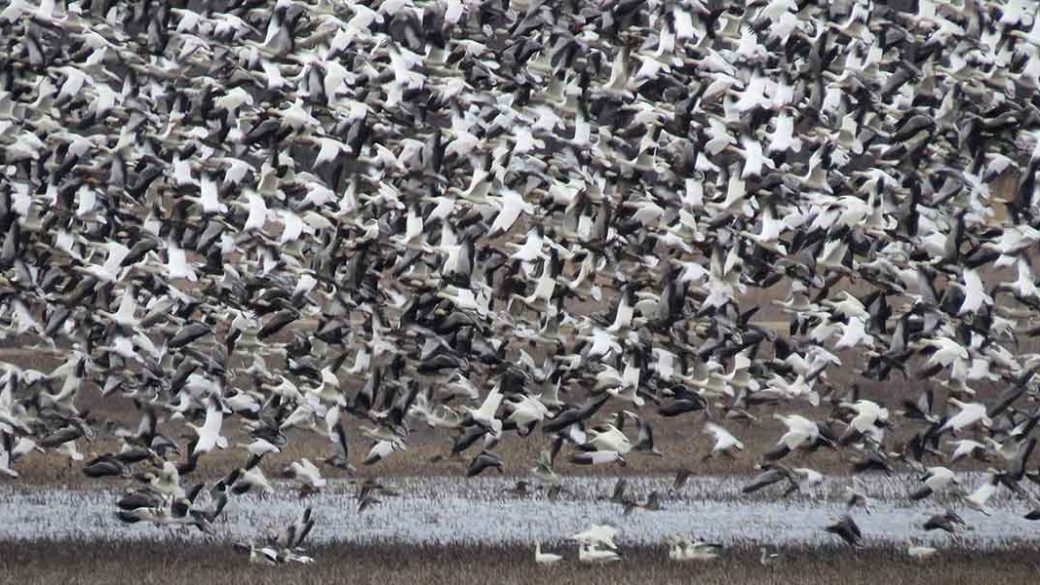 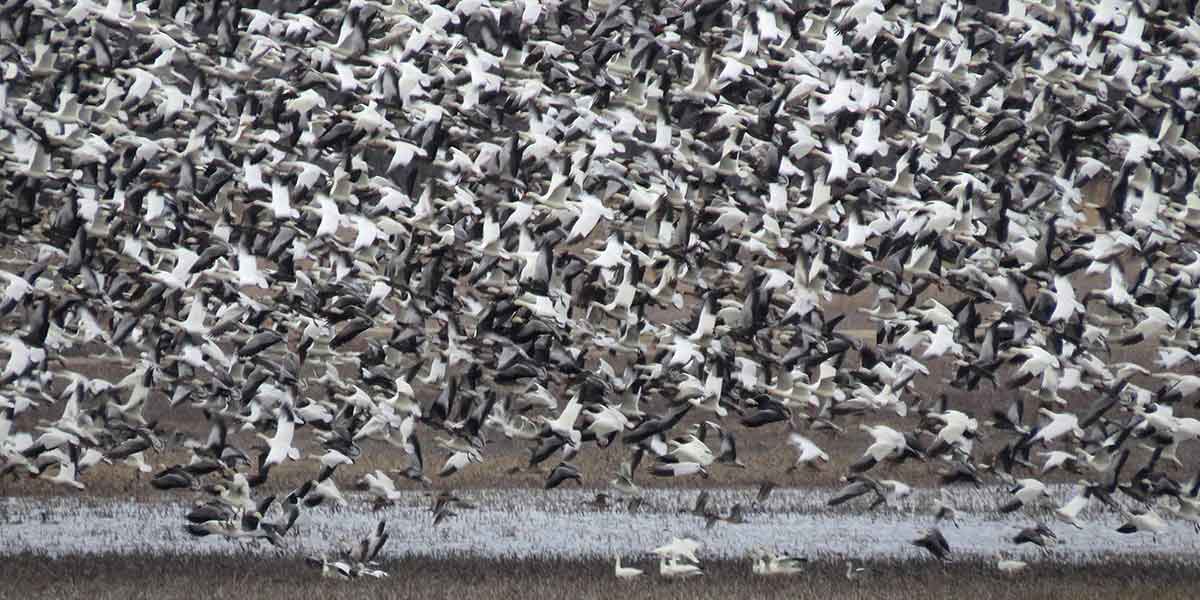 Around 10,000 migrating snow geese have died after landing in a lake in Butte, Montana, US on 28 November.

The lake, which is maintain by Montana Resources and Atlantic Richfield, formed in an open pit mine after the mine closed. Authorities were aware it contained high levels of heavy toxic metals and sulphuric acid.

Geese have been dying in the lake since 1995. The company have attempted to deter the geese from landing by using loud noises and spotlights to scare the wild birds. The programme had apparently been successful in its first five years, from 1996 to 2001, with only 75 deaths in 22,000 birds.

However, on 28 November a large flock of around 25,000 birds came to the area to feed. Berkeley Pit’s environmental affairs manager, Mark Thompson, said:

I can’t underscore enough how many birds were in the Butte area that night. Numbers beyond anything we’ve ever experienced in our 21 years of monitoring by several orders of magnitude.

He added, workers did “incredible things to save a lot of birds and they really put their heart and soul behind it”.

Several dead birds were also found in other areas around Butte, including in a Walmart car park. Montana Resources collected 20 birds for the department to analyse, and mine officials said they had asked federal authorities whether they expected further large migrations over the area.

Once the count is complete, the Environmental Protection Agency are expected to determine if the company was adhering to the bird hazing program appropriately. Fines could be enforced if the geese landed due to company negligence.