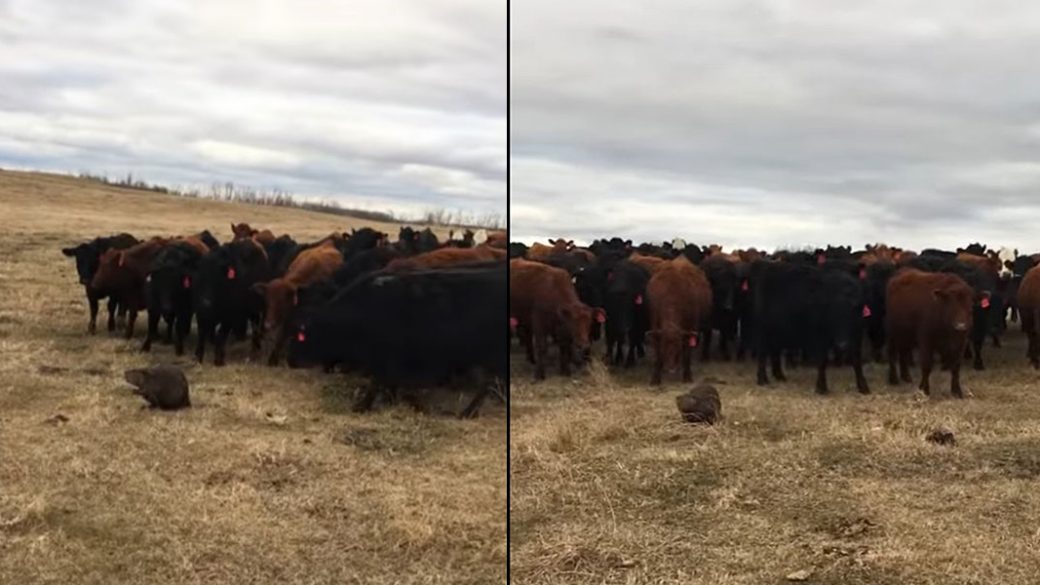 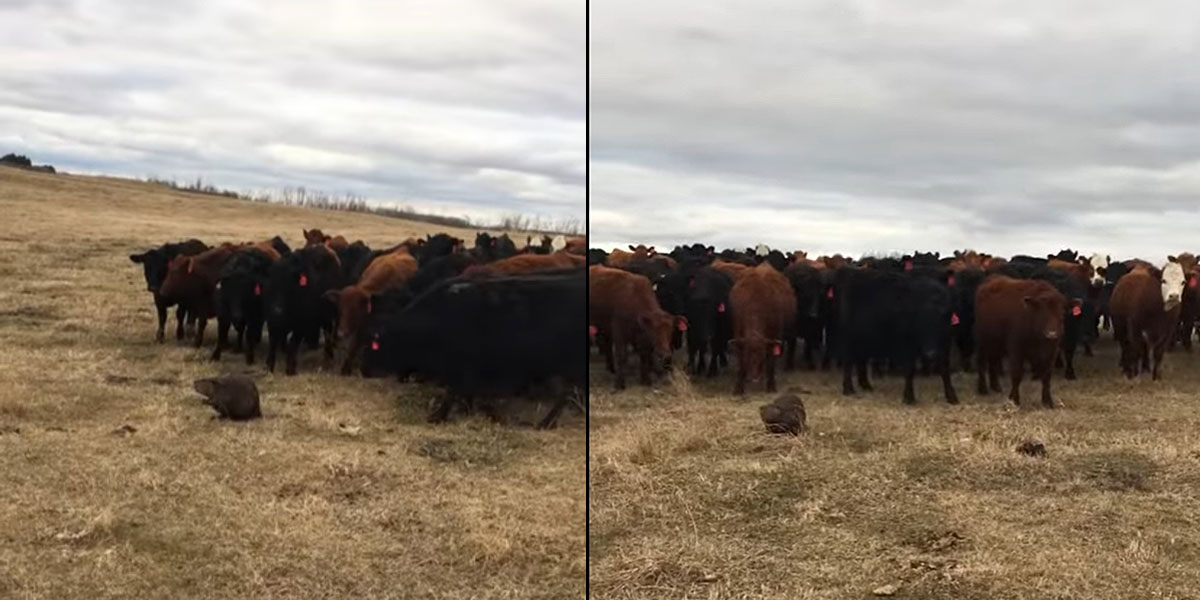 While most ranchers may use a horse or a quad bike to herd their cattle, a rancher in Saskatchewan, Canada, was shocked when she saw a lone beaver had done the job for her.

Adrienne Ivey and her husband were out on a mid-afternoon check on 14 April, when they were surprised to see 150 of their heifers crowded together in one of their pastures. She said:

On Good Friday… we came over a hill on our ATVs and were surprised to see all 150 heifers crowded around in one tight group. We expected maybe a new calf, but what we actually found was possibly the most Canadian thing we have ever witnessed on our ranch. You see, the heifers were following none other than a beaver happily leading the herd around the pasture.

According to Ivey, heifers are more inquisitive than the average bovine. She told CBC :

He [the beaver] was out and about, I think looking for a new place to build a beaver lodge, and they were following him. There was about a three-foot space around him. They didn’t want to get closer than that.

They’re [the heifers] a curious bunch. They’re kind of like teenagers. And I think they were following this thing around because they couldn’t figure out what the heck it was.

Ivey and her husband often see wildlife on the ranch including mule deer, moose, coyotes, wolf, skunks, geese, ducks and eagles. “But this level of herd/wildlife interaction is not something we see every day,” she said. It was the “most Canadian of all moments on our ranch”.