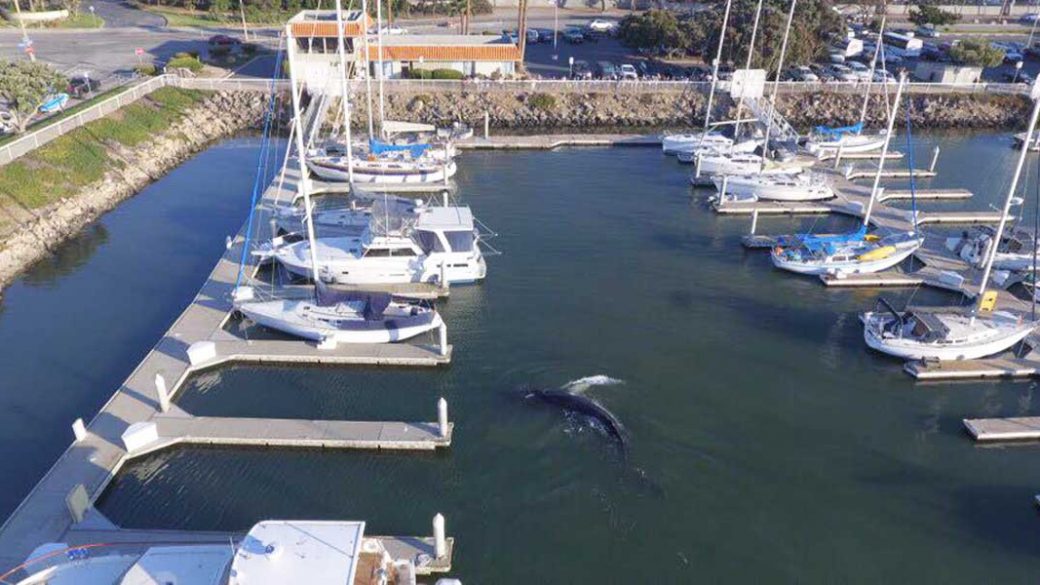 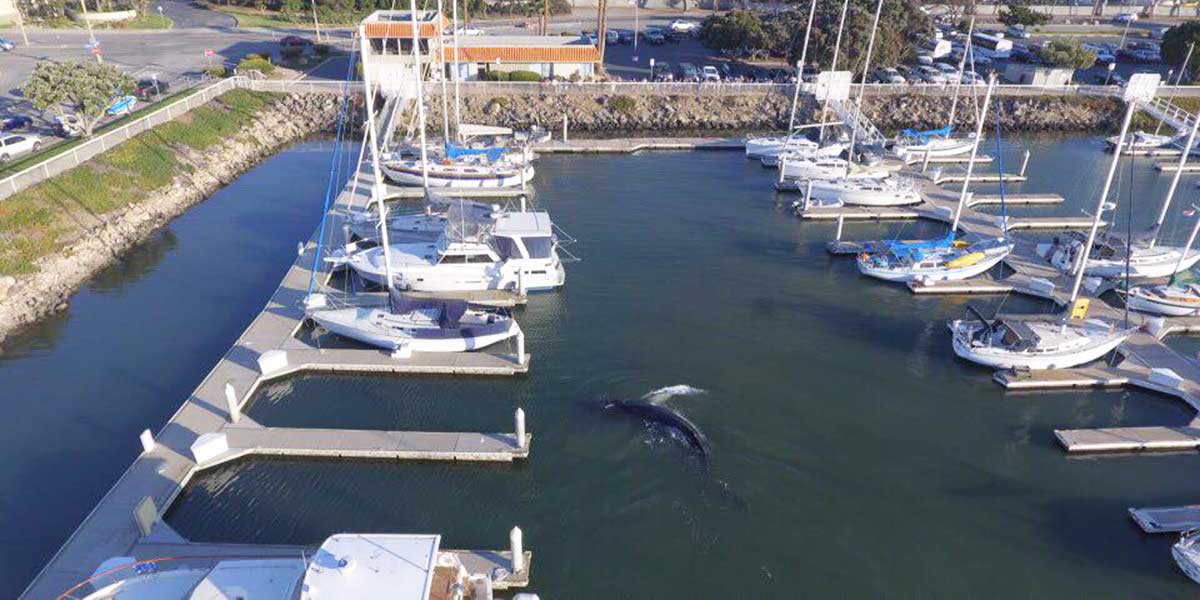 On 20 May, a humpback whale was found stuck in a Southern California harbour, unable to get back into the open ocean. Thought to be 35ft long, the juvenile was swimming back and forth for over 12 hours in an effort to escape. Luckily, after spending the night bumping into boats, he was successfully lured back toward the sea.

The marine mammal swam into Ventura Harbor, 60 miles north-west of Los Angeles on Saturday around 4pm PDT (11 pm GMT). As news spread, he began to draw a huge amount of attention from spectators and also reporters.

According to the press, locals initially attempted to shoo the whale out by blocking its path with boats and banging on pipes—but that failed to work. Wildlife rescuers also tried to guide the mammal out of the harbour by playing underwater whale sounds through a hydrophone.

The recordings were of whales feeding and were intended to trick the juvenile into thinking there was food at the mouth of the harbour. But the attempts initially proved unsuccessful. According to Dr Rachel Cartwright, a biology lecturer at California State University, this may have been because the harbour was too small and the noise was bouncing off of the walls and disorienting the whale.

But luckily after a very disorientating night, the whale finally found his way out of the harbour. Of the great escape, Ventura Harbormaster John Higgins said: “We have great news. The whale was able to find its way out.” After returning to the harbour in the morning, the team found that the whale had managed to navigate out himself.

According to locals, it’s the second year running that whales have ventured into the bay. While it may prove a brilliant chance for a photograph, the whales’ proximity has caused concern.

As its the whales feeding season, they are probably chasing food like krill and anchovies into the bay. But because of the small space, whales can become injured in encounters with ships, tankers and even kite surfers. Greater Farallones National Marine Sanctuary’s Mary Jane Schramm said:

We have seen kiteboarders actually jump them as if they were obstacles, and we’ve seen windsurfers, unfortunately, go in, repeatedly getting closer and closer to the whales.

This puts both the whale and the people in danger. While whales are incredible creatures, they are also wild and close encounters with humans can be harmful. Experts and conservationists are reminding us to treat them with respect.

Featured image of the whale in the harbour. Photo: Ventura Harbour Facebook page