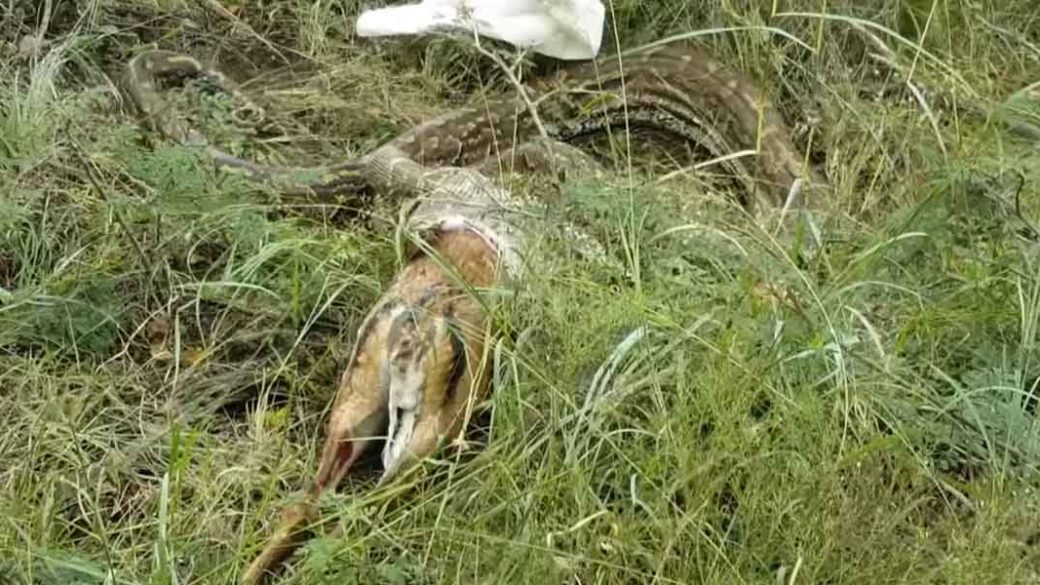 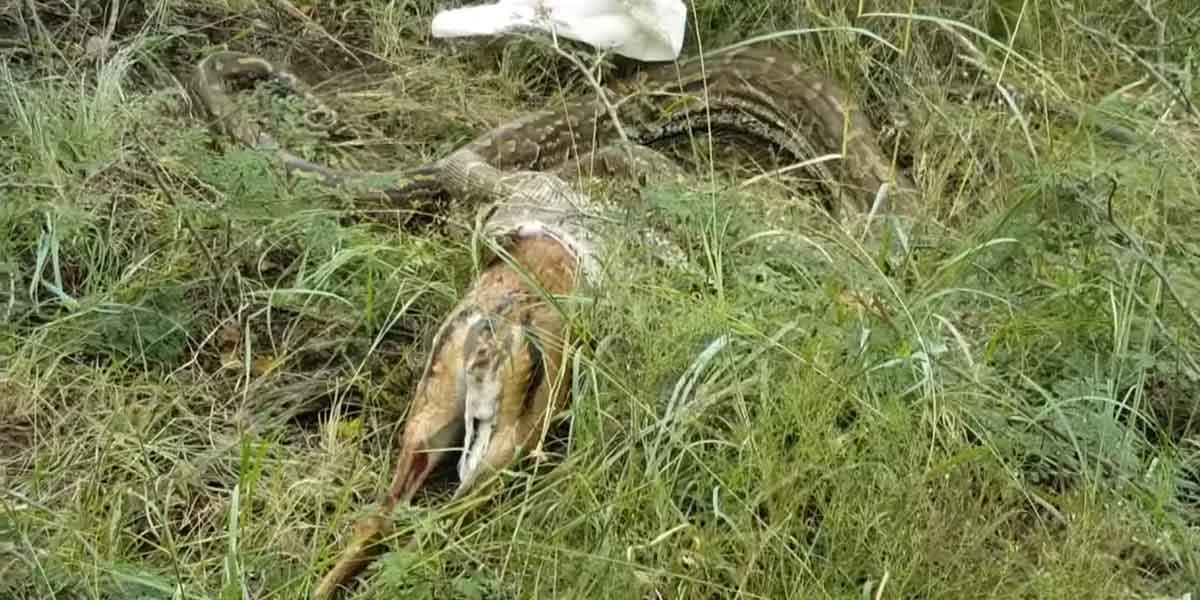 A four-metre African rock python was caught on camera in South Africa regurgitating a buck, whole. Rock pythons kill their prey by constriction and are known to eat animals up to the size of an antelope, occasionally even a crocodile. But for this reptile, it appears he may have bitten off more than he could chew.

RELATED: The secrets behind South Africa’s safaris. One that values animals for their profit

The snake was found by Jaco Kotze on his farm in Groblersdal, South Africa. Amateur snake catcher Arthur Roden was called in to safely remove the animal after it was captured re-thinking its plans for digestion.

I’ve been doing this since I was 13. I grew up in a small farming town and our house was right next to an open field so there were always lots of snakes… If you don’t know what you’re doing with the African rock python you can get into trouble.

I asked Jaco if he doesn’t just want to leave the snake, but he breeds expensive game on his farm and he says they’ve noticing some of them going missing. He thinks the snake was to blame so he asked me to remove and relocate it. I took it to Bushfellows Game Lodge, where I’ve taken other big snakes before. It was big, but not the biggest I’ve ever caught.

Unlike other reserves, South Africa views game conservation slightly different. As ADAPT’s Nicholas Harvey highlighted: “In South Africa, you own the game on your land. Private reserves… stock their reserve according to what they think guests will want to see by buying game in auctions.”

The activities offered at reserves like Bushfellows Game Lodge include: ‘Game Drives’, ‘Animal Feeding’, and perhaps most troubling ‘Tiger Walks’, where you walk big cats on a leash. It really brings into question the ethos of these reserves who appear to value economics over ecology.