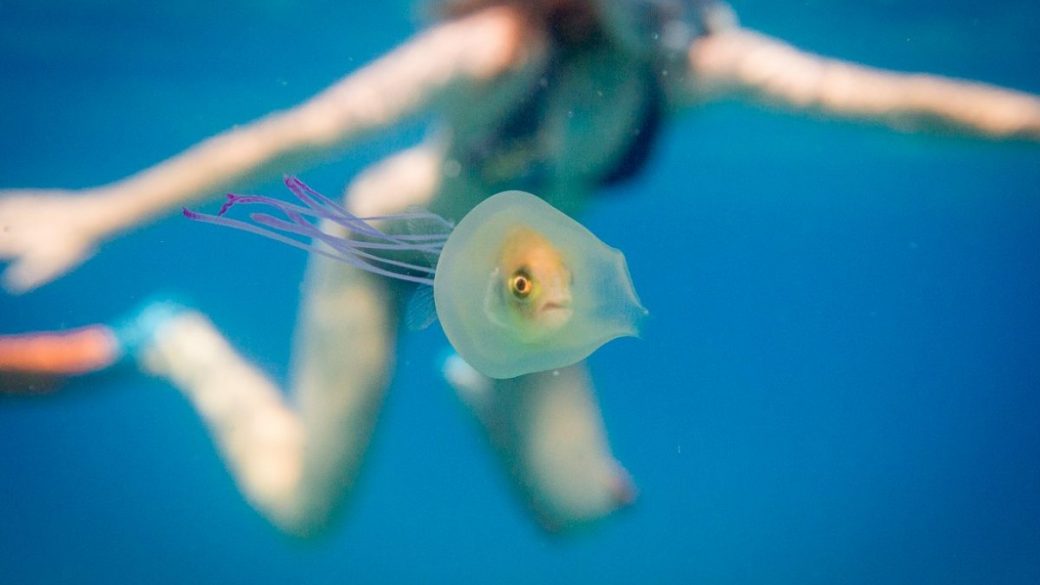 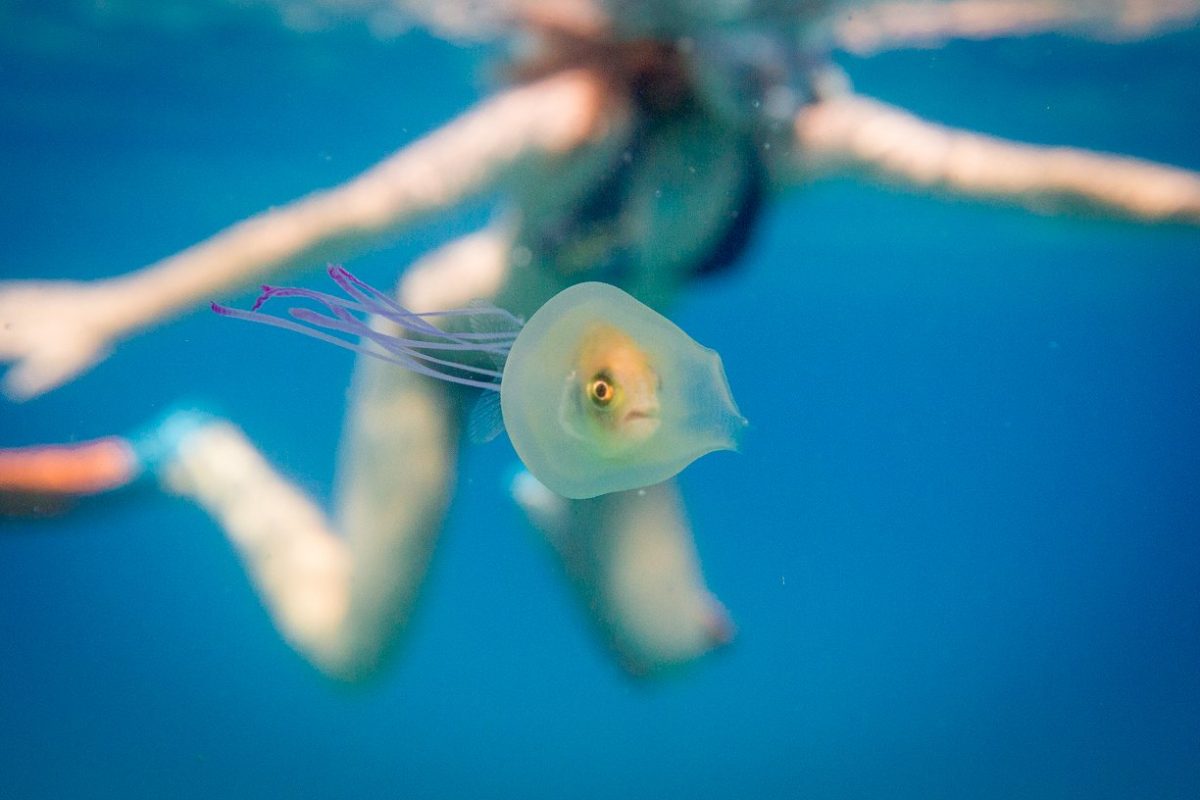 This unlucky fish came unstuck when it was ‘swallowed up’ by a roaming jellyfish in waters off Byron Bay, Australia. The shot was captured by ocean photographer Tim Samuel, who says the fish was still alive and fighting to escape. “It was able to propel the jellyfish forward and controlled its movement to an extent. The jellyfish threw it off balance, though, and they would wobble around, and sometimes get stuck doing circles.”

Check out two other snaps of the trapped fish below and follow Tim Samual’s photography adventures on Instagram.

Featured image: This odd underwater encounter, which occurred in December but has just started garnering global interest online, occurred at The Pass in Byron Bay. The photographer, Tim Samuel, says he contemplated freeing the fish “but in the end decided to just let nature run its course”. All Photos: @timsamuelphotography/Instagram