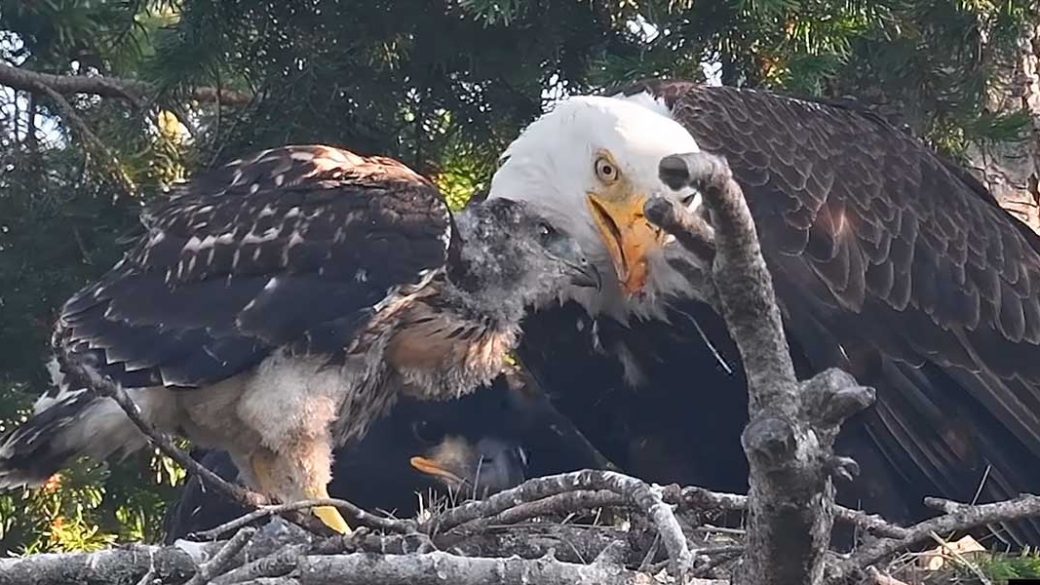 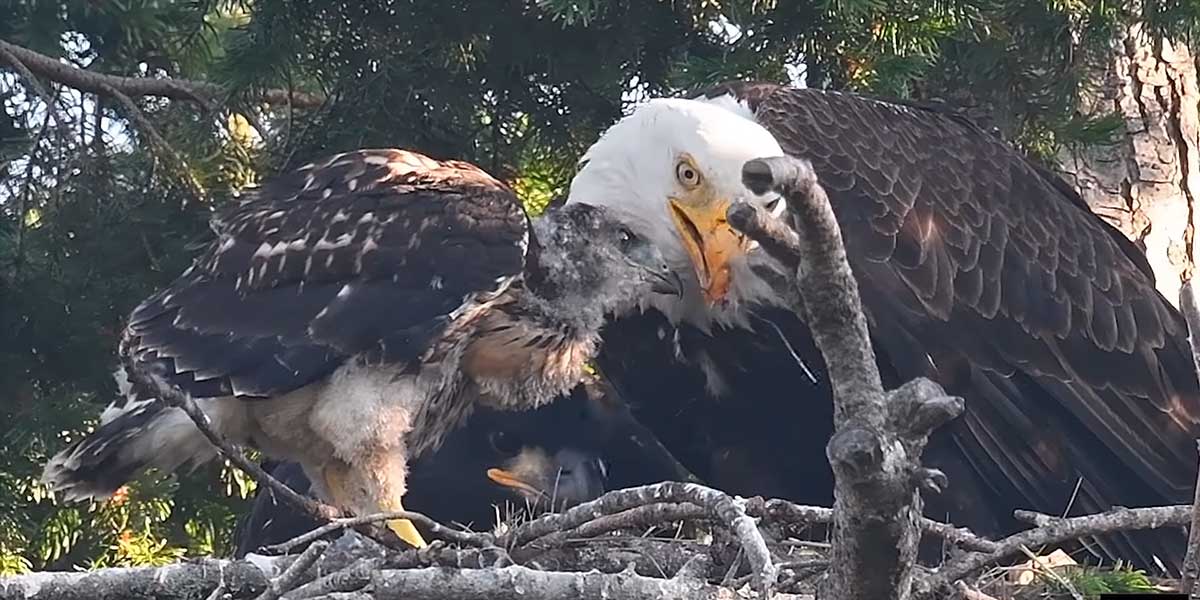 A family of wild bald eagles in Canada has stunned bird watchers and specialists the world over. For in an old Douglas fir in Sidney, British Columbia, two adult bald eagles have welcomed a fluffy red-tailed hawk chick into their fold. He’s now become part of the family, along with three other eagle chicks, who the parents are working hard to feed.

The young hawk was first spotted in May, cosied up in the eagles’ nest along with their eagle babies. Despite being visibly different from the others, the eagle parents appear to regard the hawk as their own, making sure he has his share of food carried back to the nest.

David Bird, a raptor specialist at McGill University in Montreal, told the Vancouver Sun, that: “the fact that it survived so long is absolutely amazing. The big question is: Will it survive the next week to get out of the nest?”

There have been many speculations on how the hawk got into the eagle’s nest in the first place. The consensus appears to be that the bald eagles raided a red-tailed hawk’s nest and grabbed several of their babies. When they were dumped into the bald eagle’s nest, most were already dead—except for one.

My guess is that this little guy begged loud and hard for food—not even thinking about the danger. Food overrides everything in these birds. He begged away and mom and dad said, ‘OK, here’s an open, gaping beak. Let’s put food in it.’

It could be that this little bird managed to survive because of his boisterous attitude. Kerry Finley, whose house overlooks the nest, revealed that the hawk chick is very aggressive and appears to be able to fend for itself. He said:

It’s quite something to see the way it is treated. The parents are quite attentive. The other birds are keeping their distance—they know it is something different.

It’s only a matter of days before the red-tailed hawk chick will be ready to leave the nest. But, it is thought the three eaglets may fledge first, and everyone is hoping once they fledge they won’t then return to snack of their adopted brother/sister.

The hawk’s made it this far in the nest, here’s hoping he makes the next journey out of it.