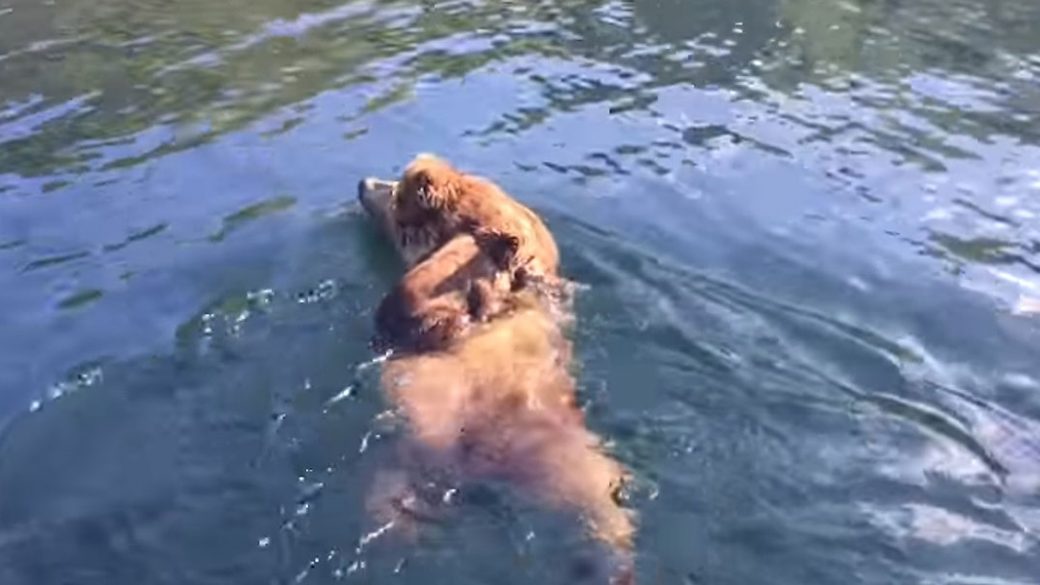 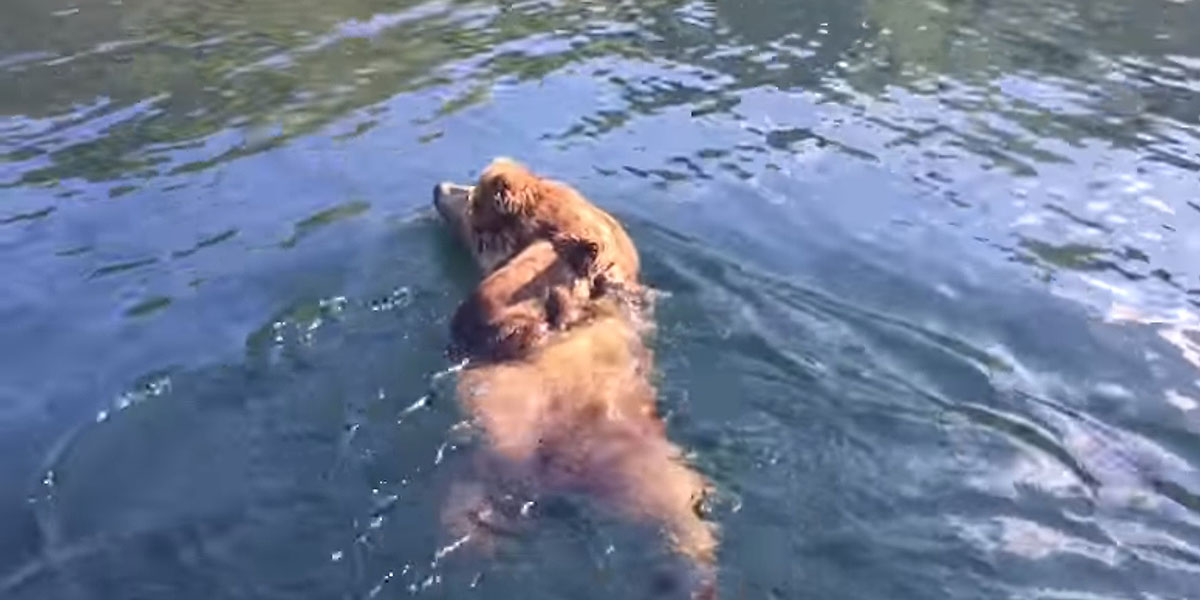 This is the moment a pair of bear cubs successfully crossed a large lake—by hitching a ride on their mother’s back.

The footage shows the mother bear tirelessly paddling through the large body of water while her two cubs perch on her neck in order to stay above water.

Having made a successful crossing of Lake Aleknagik, in Wood Tikchik State Park, Alaska, USA, the mother bear then darts up the beach to dry off, shaking off the young bears in the process.

Dave Roseman from Anchorage, Alaska, captured the footage of the family on his phone. He told Caters News:

I was running my boat down the lake and saw something in the distance directly in my path. Initially I assumed it was a flock of ducks or maybe a moose, so I couldn’t believe it when I realised it was two bear cubs on their mom’s back.

I grabbed my phone and started snapping as many photos as I could while trying to manoeuvre the boat so as to not to get in her way but still get a good shot. My heart was beating like crazy because I knew I was seeing something really special.

I’m still wondering how she was able to communicate to her cubs that, ‘It’s time to load up on my back and go for a swim!’

Despite working at the national park for 21 years, he added he’d never seen anything like it.