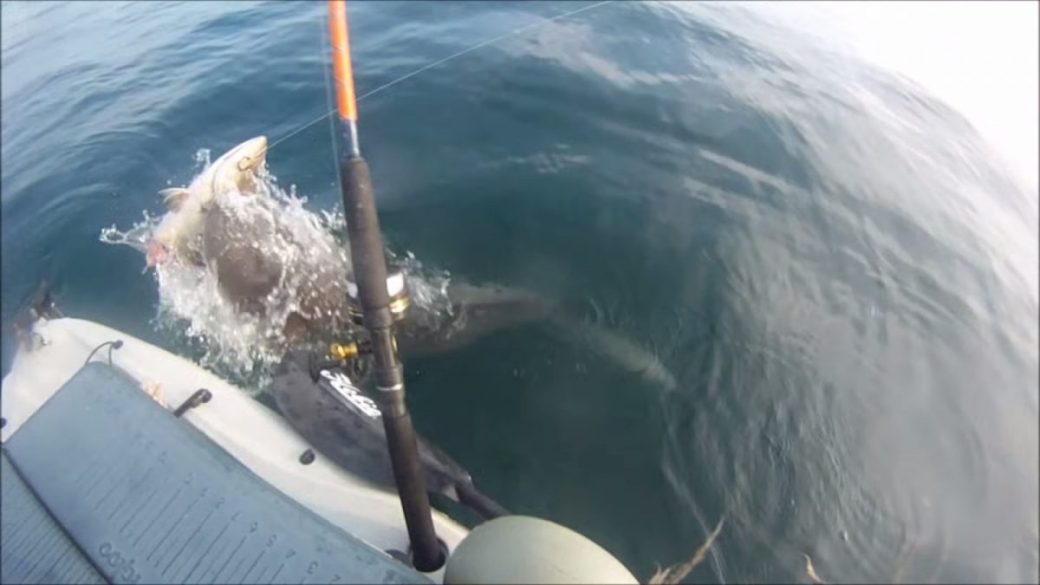 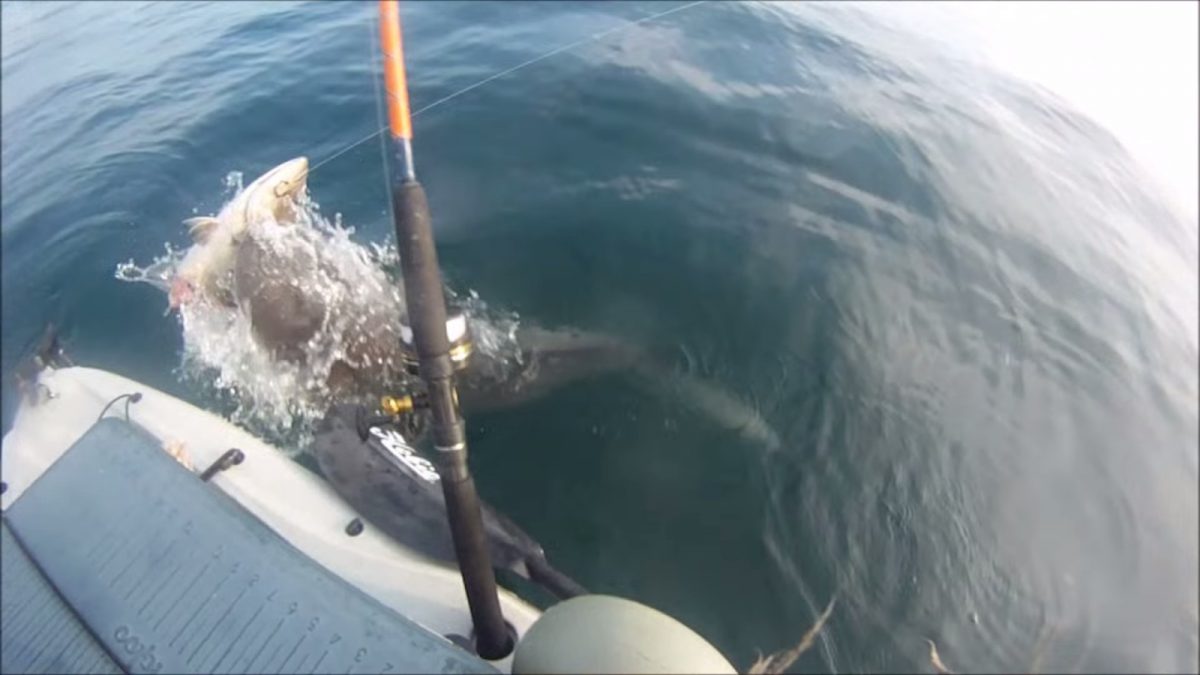 Kayak fisherman Jason Downs was fishing off Navarre Beach on the Emerald Coast of Florida. He had hooked a 12-pound grouper but was not the only one looking for a fish at the time. A bull shark had also decided that that grouper would make a tasty meal and suddenly leapt out of the water next to Jason’s kayak to attack and devour the hooked grouper.

Downs suspected the shark first took a bite at the video’s 1:10 mark and then came back to finish off the meal moments later, leaving only the head and a startled fisherman:

Jason’s reacted with a “Whoa!” but decided to mute the following seconds of video to hide his expletive-filled response to the shark attack on his catch.

“To be honest, my first reaction was anger,” Down explained to GrindTV Outdoor. “The reason I muted the video after the shark took my grouper was not because I was cussing out of fear; it was because I was cussing at the shark for taking my grouper!” This isn’t the only eventful fishing incident featured on ADAPT outdoor recently. Check out this post of a goliath grouper biting a spear fisherman’s fin off.

“Grouper are one of my favorite fish to eat, and due to them being tough fighters that live near structures on the bottom that can easily break you off, getting them up in a kayak is more of a challenge than it seems! I get this grouper up ‘out of his hole’ and this shark just comes along and helps himself to MY dinner, and that made me angry.”

“However, in the unedited video, you can clearly see when it sank in. I sighed and let out a, ‘Holy [expletive].’ Then as I was retying my hook you can see my hands shaking, so yeah, after my initial feeling of anger, THEN that feeling of, ‘Boy that was really close’ sank in.”

He dropped down another bait and hooked the same shark, which towed him around for 10 to 15 minutes before he got it close to the kayak, where he cut it loose!