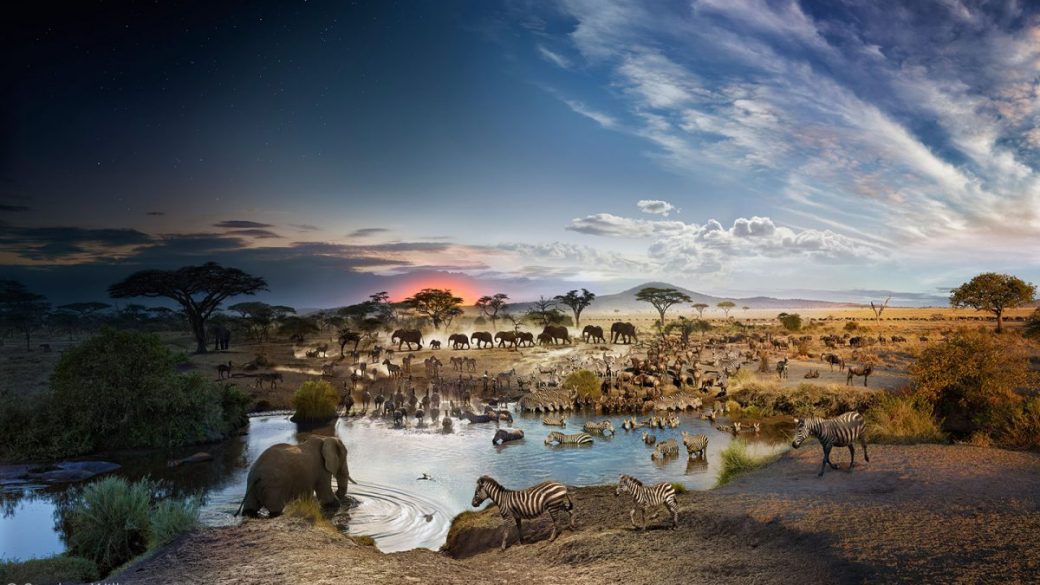 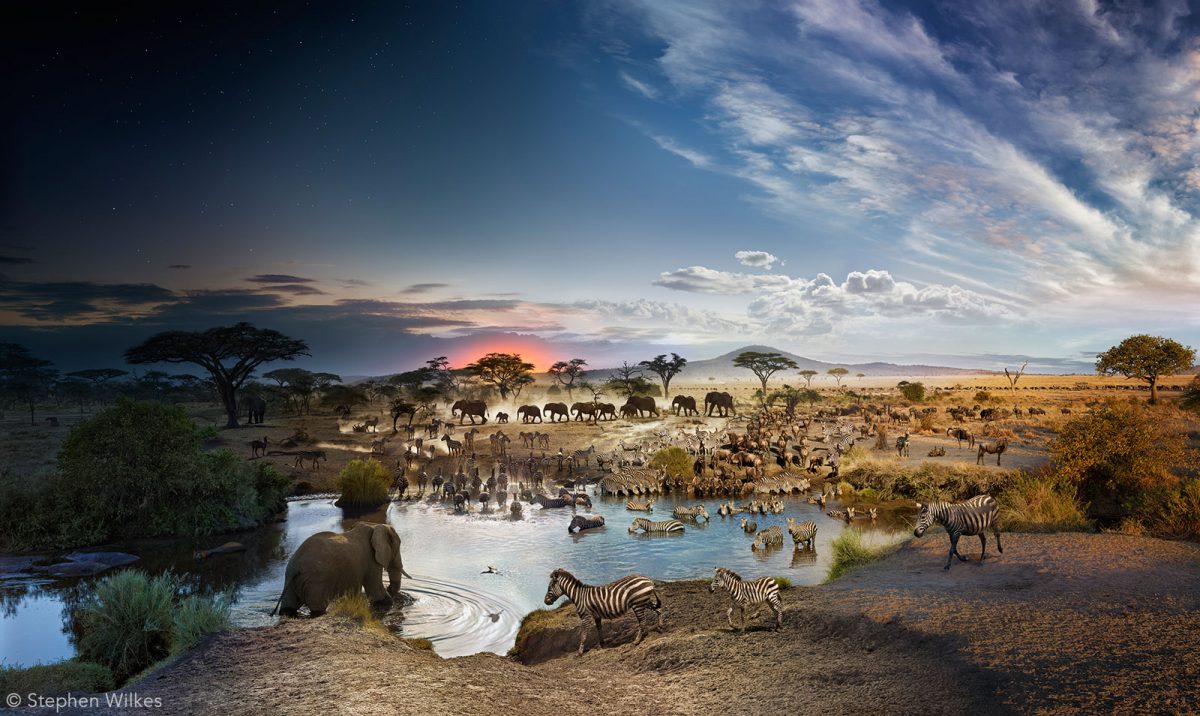 This amazing composite photograph, captured by Stephen Wilkes, shows the wildlife activity around a watering hole in the Serengeti over the course of 26 hours. The photo transitions across time as you move across the frame starting with sunrise on the right and beautifully incorporates all of the different animals that visited the watering hole into one frame.

The image is part of Wilkes’ Day to Night project, which features composite photos of different locations, captured over many hours using a 4×5 digital camera and then blended into single frames.

For the photo, Wilkes spent two weeks in the Serengeti scouting locations and getting permission from the park to photograph—not an easy task, as security around the park at night is tight on account of poachers. He initially wanted to photograph the peak migration but arrived during a five-week drought, when the animals weren’t following their normal patterns. What seemed like a bad card ended up being a boon when he found a watering hole that attracted elephants, zebras, wildebeests, meerkats, and hippos.

Photographing an animal narrative, as opposed to a human one, was a first for Wilkes, yet in doing it he discovered a valuable lesson.

“There’s such a beautiful message in this photograph,” he says. “The animals essentially were starved for water, and they all shared. I watched them for 26 hours [as they] literally all [took] turns drinking, bathing in this single resource. And they never so much as even grunted at each other. You realise the animals really get it. And we have really yet to understand the idea of water [as] a shared resource.”

Wilkes shoots an average of 1,500 photos now—about 20 gigs of storage—for each of his Day to Night pieces. He then selects choice frames and spends many weeks editing the interesting areas together to show the passage of time in a single composite photo.