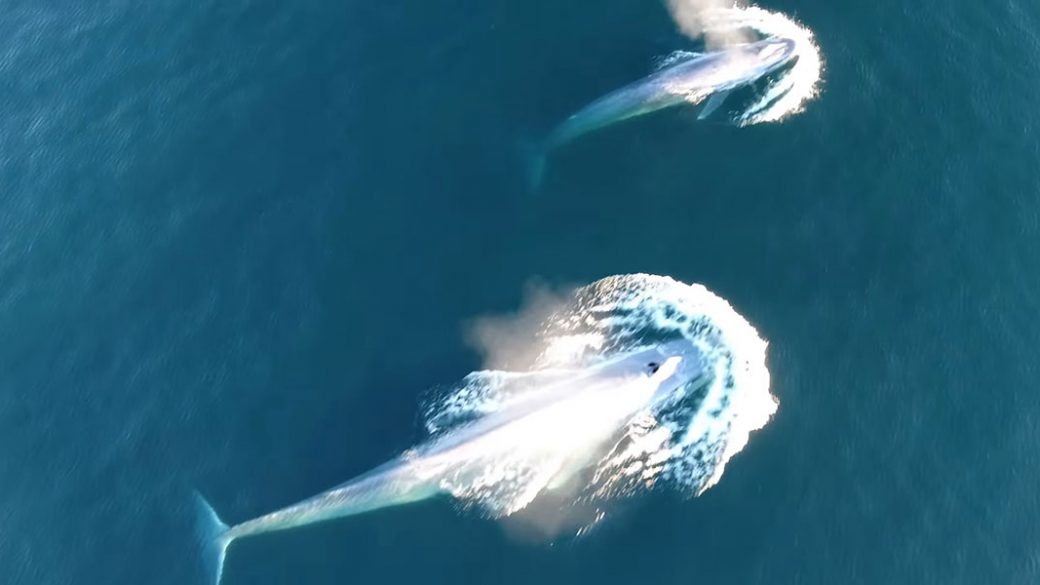 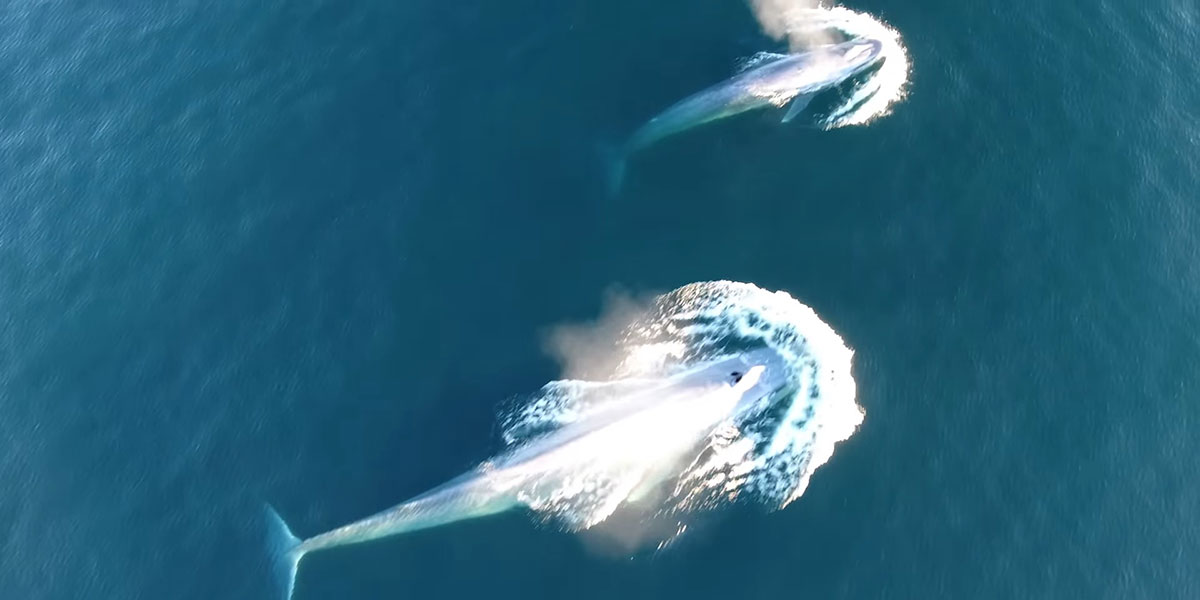 Drones have changed the way we see and experience things. They’ve also recently helped uncover one of the biggest secrets in marine biology.

A group of scientists at the Oregon State University recently captured rare footage of blue whales feeding in the Southern Ocean off New Zealand. This incredible footage provides a great insight into what whales eat and how they decide what food is worthy of their time.

When the blue whale encounters a large mass of krill, it turns on its side, orients toward the beginning of the krill swarm and devours nearly the entire mass. But in another shot, the same whale approaches a smaller mass of krill, which lies more perpendicular to its approach, and blasts through it without feeding.

There is a reason for their discretion, researchers say. The whales are so massive—sometimes growing to the length of three school buses—that they must carefully balance the energy gained through their food intake with the energetic costs of feeding.

The footage proves that whales only “lunge-feed” (whereby they suddenly lunge forward to eat a massive pack of krill) when it is worth the exertion.

Modelling studies of blue whales ‘lunge-feeding’ theorise that they will not put energy into feeding on low-reward prey patches. Our footage shows this theory in action. We can see the whale making choices, which is really extraordinary because aerial observations of blue whales feeding on krill are rare.

The whale bypasses certain krill patches—presumably because the nutritional payoff isn’t sufficient—and targets other krill patches that are more lucrative. We think this is because blue whales are so big, and stopping to lunge-feed and then speeding up again is so energy-intensive, that they try to maximise their effort.

The researchers analysed the whale’s lunge-feeding and found that it approached the krill patch at about 6.7 miles per hour. The act of opening its enormous mouth to feed slowed the whale down to 1.1 mph—and getting that big body back up to cruising speed again requires a lot of energy.

Without drones, this type of research may not have been possible. “It’s hard to get good footage from a ship,” Torres added, “and planes or helicopters can be invasive because of their noise. The drone allows us to get new angles on the whales without bothering them.”