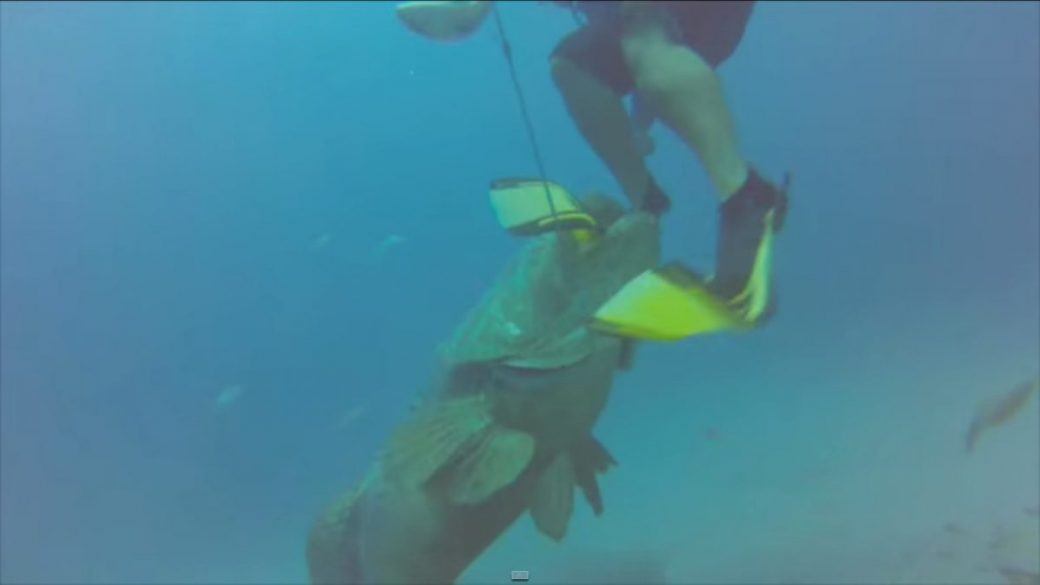 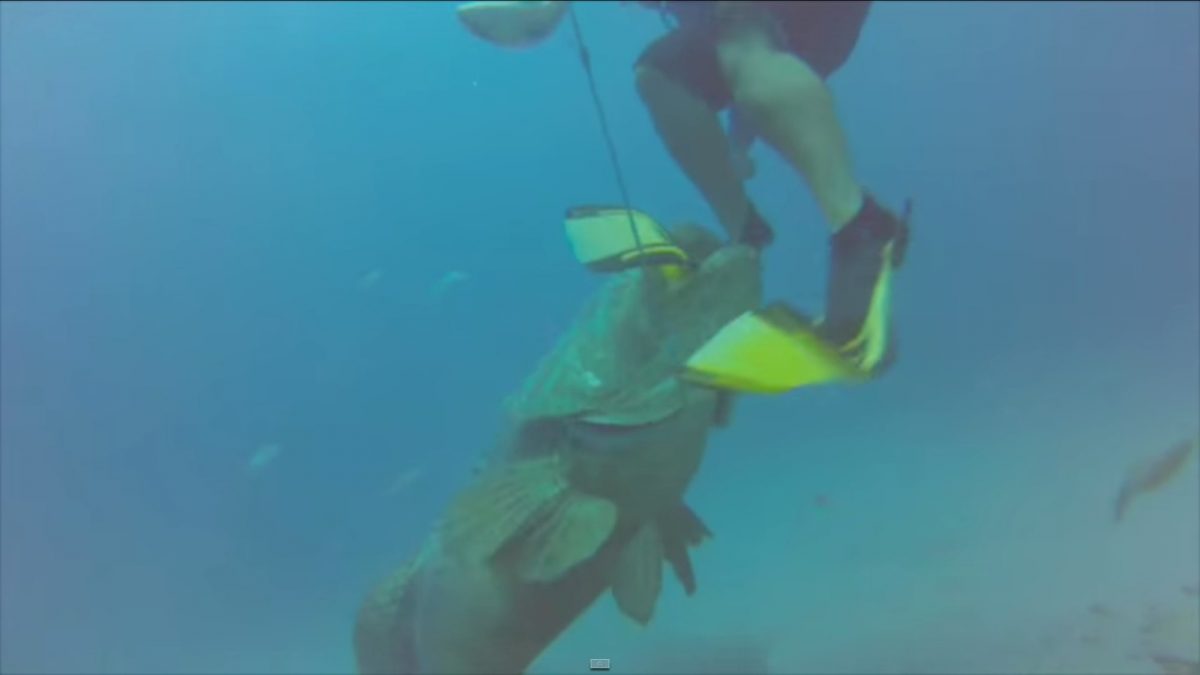 A spearfisherman, diving three miles off Jupiter, Florida, was removing an amberjack from his spear when an inquisitive goliath grouper, that looks to be at least 300 lbs (136 kg) began to approach him with the amberjack locked in it’s sights as a free meal.

Arif Sabir, the diver, got more than he bargained for during this dive. The goliath grouper is a fish known for its inquisitive and fearless nature. However this fish was particularly aggressive (maybe it was the hunger). The goliath grouper snapped at Sabir’s right fin, taking it clean off and before he realized what had just happened , the fish grabbed the amberjack and swam away with his prize (still attached to the spear-gun). Watch the footage below:

Sabir, who owns a motorcycle salvage yard in Winter Park, Florida, usually dives off Port Canaveral but decided to travel farther south to a new area, for an anniversary dive with his wife, where he encountered the goliath grouper.

“I’m not used to diving around the big ones like that,” he told GrindTV Outdoor in a phone interview. “We don’t have anything like that up here in Port Canaveral.”

“I just shot a lesser amberjack and I was coming back into the group and trying to get him off my spear and into my stringer.” Sabir described, “Then I saw off in the distance that this big grouper had started eyeing me up and was coming over.”

“I tried my best to get [the amberjack] off my spear, but the grouper was a lot faster than me and lined himself up, first disabled me, took my fin off, and grabbed my gun and the spear with the fish and went off and on his way.”

Fortunately, the goliath grouper ate the amberjack and discarded the spear and gun in the sand a quarter mile away, where Sabir retrieved them.

“Which I’m kind of glad about because I didn’t want the grouper getting stuck with that,” Sabir said. “That would’ve been bad for him, an encumbrance.”

Goliath grouper’s can grow to 10 feet and weigh up to 800 pounds, so the group was lucky this one was relatively small.

If you’ve had any crazy encounters with wildlife during an outdoor excursion, please share them in the comments or email them to [email protected]