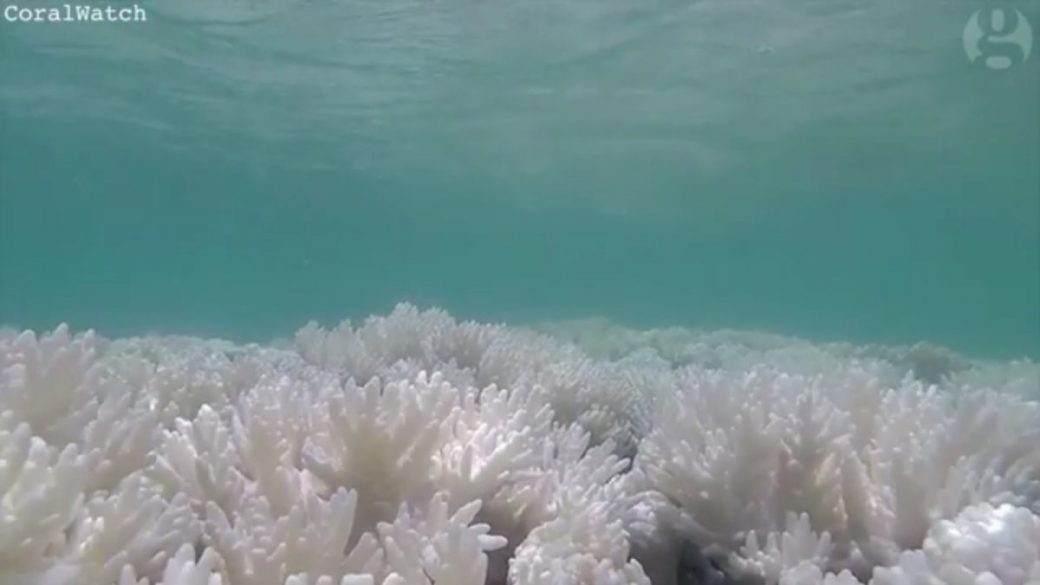 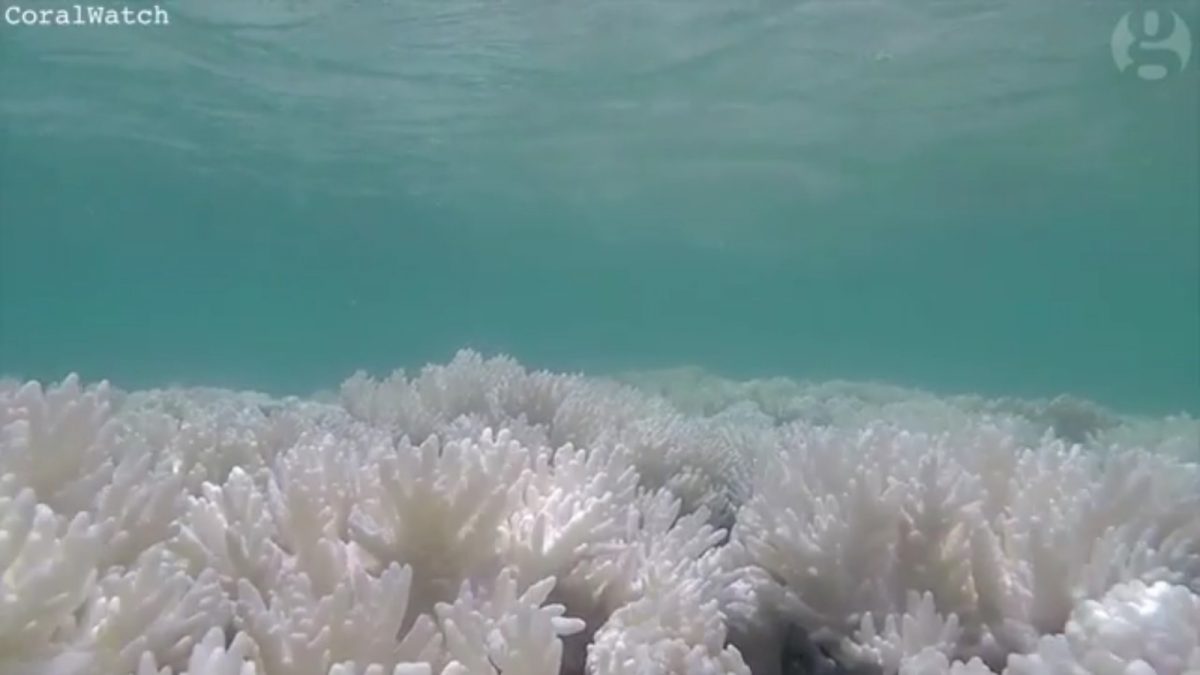 Australian environment minister Greg Hunt has been accused of going silent on climate change as the cause of dying coral in the Great Barrier Reef after a bleaching alert was raised to its highest level.

Hunt, who surveyed the widespread death of coral in the far north of the reef by plane last month (March 2016), announced plans for more monitoring and programs to tackle run-off pollution and crown-of-thorns starfish outbreaks.

But critics including conservationists and the Queensland environment minister, Steven Miles, said Hunt’s response sidestepped the central role of climate change and heat stress as the cause of the bleaching.

Miles said Hunt’s announcements were “window dressing” that duplicated state efforts and ignored the need for a “credible federal government climate policy to address the cause”.

The Great Barrier Reef marine park authority raised the threat level of coral bleaching to a peak of three on Sunday, triggering its highest level of response to “severe regional bleaching” in the northernmost quarter of the 344,400 sq km marine park.

The authority’s chairman, Russell Reichelt, said corals in the remote far north of the reef, where surface sea temperatures reached 33C in February, were “effectively bathed in warm water for months, creating heat stress that they could no longer cope with”.

“We still have many more reefs to survey to gauge the full impact of bleaching, however, unfortunately, the further north we go from Cooktown the more coral mortality we’re finding,” he said.

Reichelt cited tackling run-off, crown-of-thorns starfish and “being part of a global compact to reduce overall emissions” as the keys to protecting the reef from climate change impacts.

Before announcing a new high-technology monitoring program, Hunt told reporters the bleaching he saw during an aerial survey was not as bad as first thought.

“It is not as severe at this stage as 1998 or 2002, which were both El Niño-related events,” Hunt said. “It is, however, in the northern parts, a cause for concern.

“The reef is 2,300 kilometres long and the bottom three-quarters is in strong condition but, as we head north, it becomes increasingly prone to bleaching.”

Miles, who travelled overseas with Hunt for the UN world heritage committee ruling that spared the reef an “in danger listing” last year, said his commonwealth counterpart “knows very well that warmer, more acidic oceans is causing coral bleaching and that is caused by climate change”.

He said federal funding to repeat a University of Queensland survey of 40 reef sites in 2014 was “welcome, but frankly it is window dressing while the Turnbull government has no credible policy for achieving even its own carbon emission targets”.

“While it’s reassuring that the larger part of the reef is unaffected by this year’s global coral bleaching event, the widespread bleaching seen in the northern most parts of the reef is heart breaking,” Miles said.

“Being able to monitor the state of affected coral is important – Mr Hunt’s contribution on that front is welcome – but it is not enough.

“Where is his plan to reduce Australia’s greenhouse gas pollution? February sent records tumbling – the new hottest month on record after July 2015.”

Queensland Greens senator Larissa Waters said both the commonwealth and the state government were complicit in allowing the reef to be “used as a highway for coal and gas”.

“Increased monitoring is important but if we continue to open new coal mines the monitoring results will only get worse and worse,” she said.

“The old parties must break their addiction with fossil fuels and dirty donations in order to save the Great Barrier Reef and our very way of life.

“Scientists are clear – we can have coal or the reef.”

The former Australian climate commissioner Will Steffen, who is now of the independent Climate Council, said the reef had weathered El Niño patterns for centuries but only began to experience repeated bleaching events “once global warming began in earnest in the 1970s”.

“Bleaching events have occurred repeatedly since the late 1970s while none were observed before the 1970s,” Steffen said.

“Climate change, combined with the El Niño effect, has proved a deadly stress on the reef.”

The chief executive of the Australian Conservation Foundation, Kelly O’Shanassy, said the federal government “appears to be confused about the cause of coral bleaching on the Great Barrier Reef”.

“This is a phenomenon that is firmly a result of climate change, fuelled by burning coal,” she said.

Via: The Guardian and Coral Watch