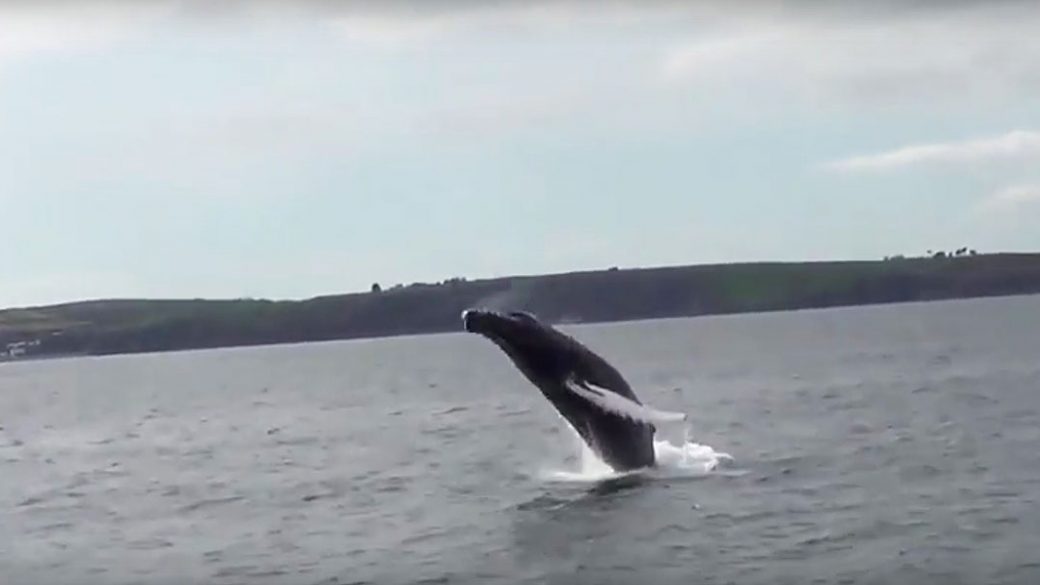 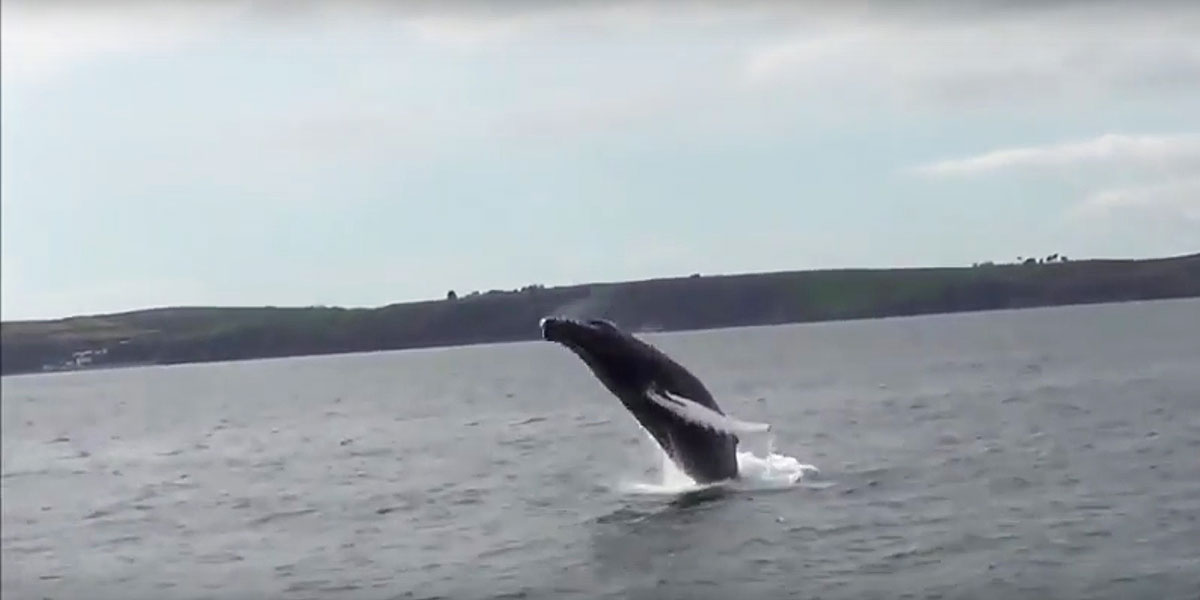 This week wildlife lovers in Cornwall were in for a treat. On April 11 a humpback whale was spotted breaching not once, but 25 times across Falmouth Bay as it made its way into the Atlantic Ocean.

The footage was shot by Captain Keith Leeves from AK Wildlife Cruises. Passengers on board watched in awe as the whale put on a spectacular show of twists and turns. Speaking to Cornwall Live, Leeves said the moment was not only magical but lasted for ages as the whale continually breached the surface of the sea.

Last year we sighted humpback whales off the coast of Falmouth on 8 April. But this year they returned on 11 April. I was convinced that we’d see them again, and we did which was truly incredible and amazing.

The whale was thought to be the same one spotted regularly off of the Devon coast in recent days. One locals have named Doris. Leeves said:

We know it’s the same whale that got herself entangled in nets in Devon because we could see rope burn marks on her. So we know this is Doris. But thankfully she was freed by the RNLI and conservationists and there she was putting on a magnificent show on her journey to the Atlantic.

While passengers may have thought Doris was offering a goodbye wave, she may have in fact been communicating with her fellow mammals.  The reason why whales breach has long been a question among those who marvel at the wonders of sea-life. But in 2010 a group of scientists discovered that breaching was a form of communication. While whales often communicate through vocal calls underwater, breaching creates a much louder sound that can travel a lot further. Thus making it easier to communicate with groups over long distances.

I guess she was letting her friends know she was on her way!