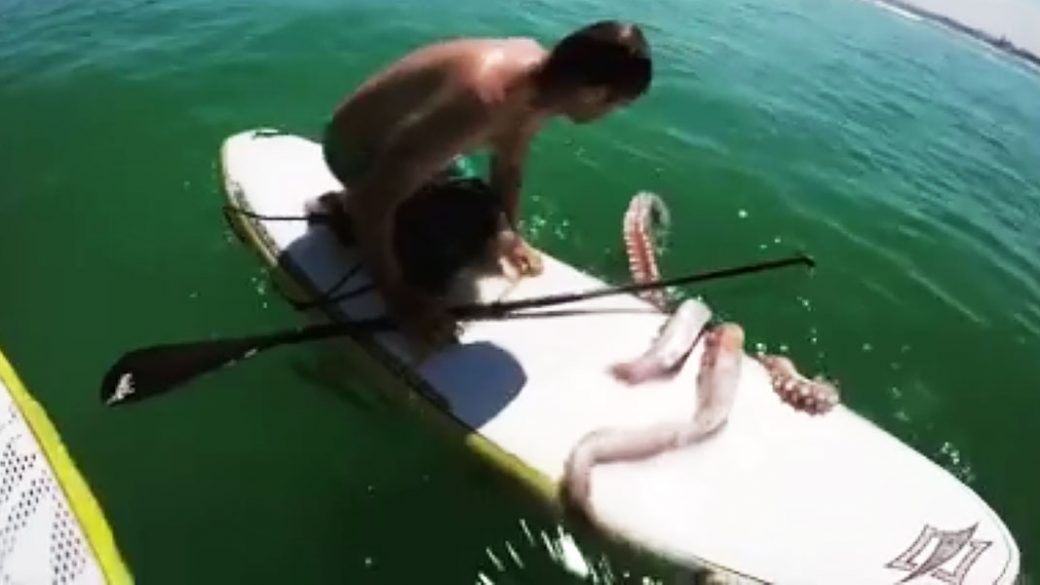 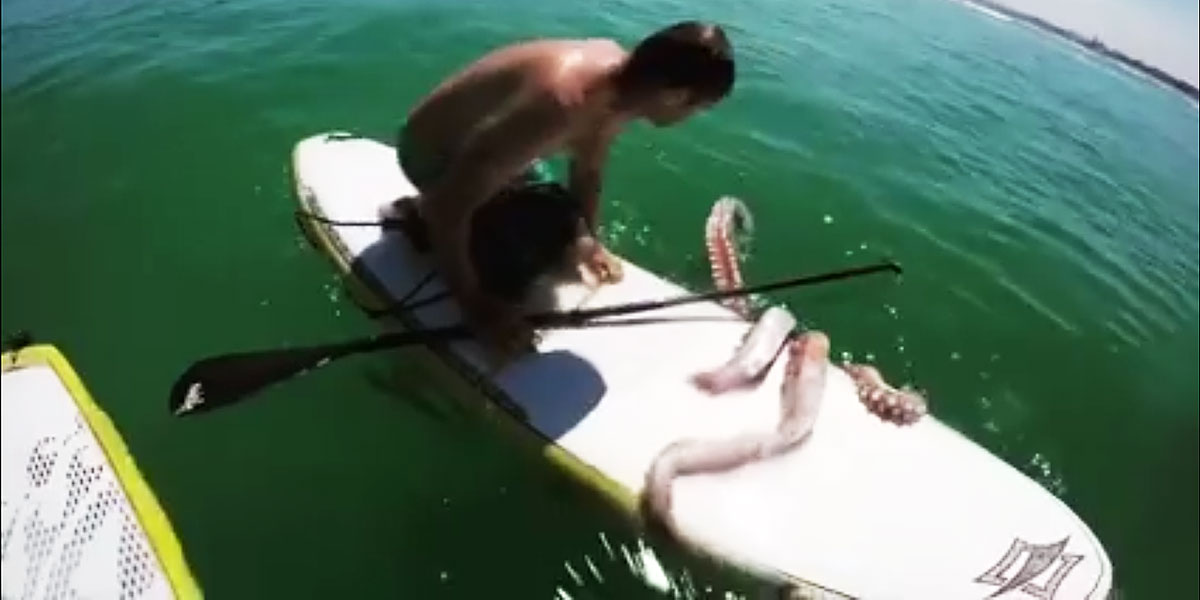 James Taylor was paddle boarding in Melkbosstrand, South Africa when he noticed an injured giant squid just metres from his board. He threw it his leash in an attempt to bring it to shore, but the squid had a better idea. Seeking more comfortable refuge, it wrapped its humungous tentacles around the board, which sent the paddle boarder tumbling into the ocean.

Taylor posted the video on his Instagram page, and it has since been watched by over 50,000 people.

Taylor realised he couldn’t save the animal after seeing how badly injured it was. Instead, he thought he could bring the animal to shore for research. Responding to comments on Instagram, he stated:

It was badly injured when we found it. Missing some tentacles and had bite marks on the top part of its body. Wanted to try get it to the beach for research purposes before it got more damaged by seals in the area.

Taylor added that the animal didn’t make it and was already very weak when he encountered it.

Given that such squids usually live at ocean depths of 300–1000 m it’s incredibly rare to see them so close to the surface and near the shore. It’s yet to be confirmed how the squid became injured, but sperm whales are known to be one of its only predators.

Many Instagram followers were amazed to see the footage, however, some did criticise Taylor for trying to return the animal for research purposes. But seeing that giant squids are one of the most frightening creatures a human being can encounter, with their enormous tentacles and razor-sharp beaks, we’re wondering how Taylor managed to keep so calm.