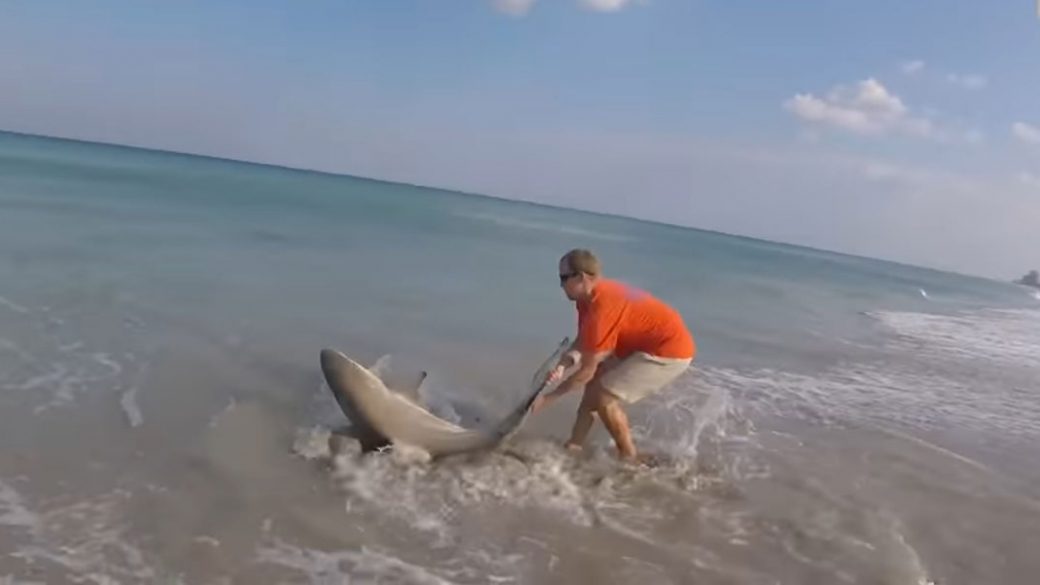 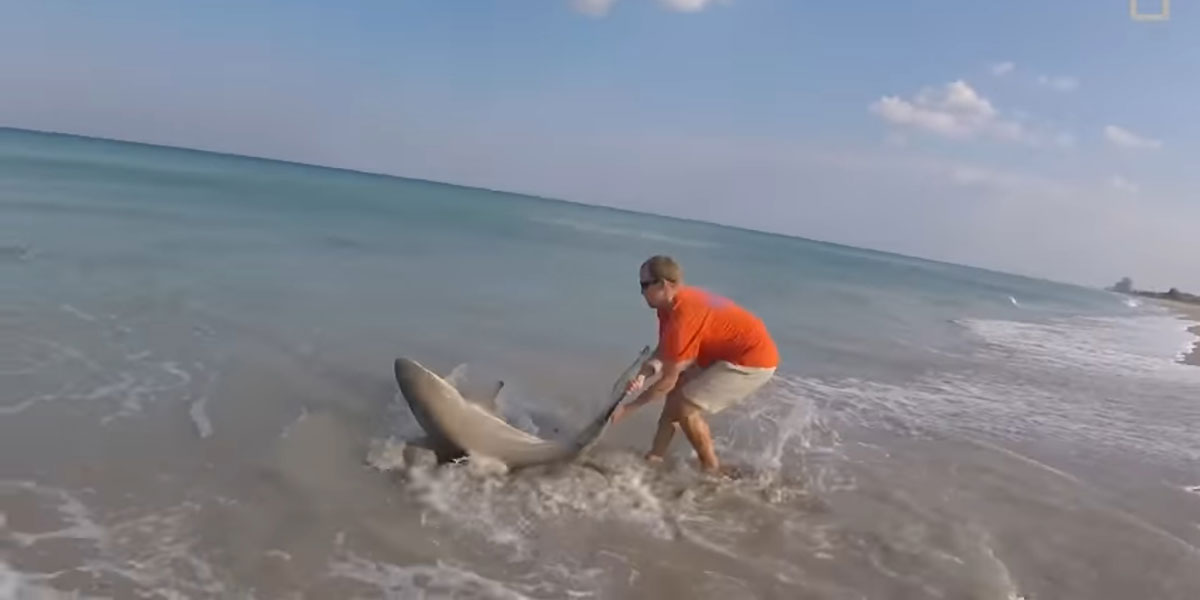 A video of man pulling a shark from the ocean has gone viral.

The video shows a man on Jensen Beach in Florida pulling a stranded Blacktip shark from the ocean. After noticing the shark was caught, the man straddles the animal in an attempt to remove the hook caught in its jaws.

National Geographic posted the video on their YouTube channel:

According to National Geographic, before the encounter the man and his friends were fishing.

Blacktip sharks migrate to Florida’s warmer waters in the winter and are often seen close to shore in the shallow waters. The shark’s preference for in-shore waters makes it particularly vulnerable to coastal development and to those who fish them for sport. As a result of their low reproductive rate and over-fishing, they are listed as “near threatened” by the International Union for Conservation of Nature.

While they’ve not been known to cause any fatalities, Blacktips can administer some nasty minor bite wounds. But thanks to this brave stranger, who survived the encounter bite free, this Blacktip got away safely.