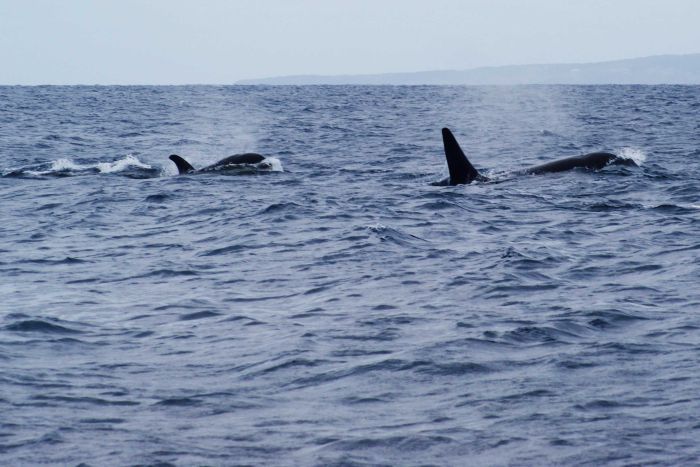 Considered the ultimate clash of marine titans, it’s often been wondered who would win in a battle between the top ocean predators: the killer whale or great white shark.

The first recorded battle between the predators came in 1997 west of San Francisco, when the clear winner was an adult female orca, though the great white was a juvenile.

National Geographic covered another encounter, where a Killer Whale (Orca) was filmed attacking and partially eating a Great White shark, by a whale watching tourist.

Most people’s knowledge of killer whales doesn’t extend beyond the information depicted in the classic ‘Free Willy’ feature films; I didn’t even know there were four films now – did you? The film franchise highlights the intelligent and friendly nature of these magnificent creatures, one which is not well represented by their ferocious sounding name – ‘Killer Whales’. There’s only been one fatal encounter between the orca species and humans for example. However there is a darker side to these whales, having been known to play with their food (throwing seals into the air) before actually eating it.

Sightings of orcas on the attack are incredibly rare and those captures on camera are even rarer. But this past week, news broke that 23 tourists near the North Neptune Islands in South Australia had witnesses an orca – great white battle. This time it was the killer whales who prevailed again, against an adult white shark in what charter operator Matt Waller described as “the title fight of all title fights.”

In the San Francisco battle, the orca seemed to dispatch the shark easily, while her calf watched. This time an entire pod of six orcas engaged in a fairly lengthy battle with a single great white shark. The fight was watched from a distance which limited the amount of meaningful footage and photographs that were captured.

However, the tourists aboard the ‘Shark Warrior’ boat watched in awe as, at one point, orcas launched out of the water and body slammed the shark!

“If that’s what we’re seeing on the surface, then I can only imagine That under the surface you had other [orcas] that were working to try to keep this shark up [near the surface],” Waller told ABC News Australia.

The Shark Warrior is run through Adventure Bay Charters, which stated on its blog that the orcas were spotted in the distance as passengers, who had all seen one shark from inside the cage, were taking a break aboard the boat.

“We use music to attract the sharks,” said skipper Kym Shepperd, “some people actually thought we were playing whale sounds as a joke.

“The orcas worked their way to the back of the boat, circling the shark and pushing it down under the water.

“They did that a couple of times, then on the third time everything went quiet and it was all over. It was absolutely epic.”

Some blurry footage filmed from the Shark Warrior can be seen here.