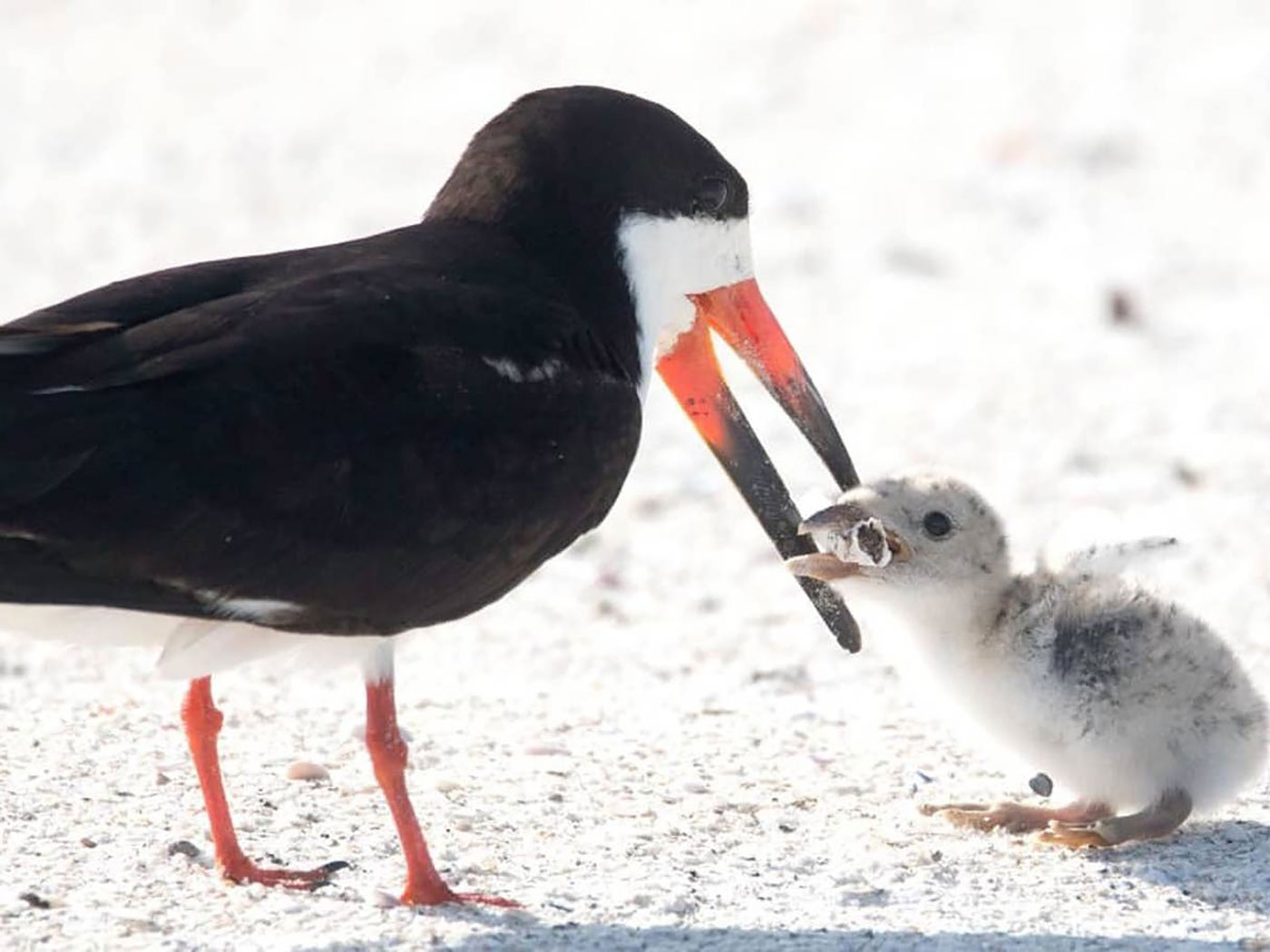 It’s poignant that as the #PlasticFreeJuly hashtag is trending on social media, this photo has emerged, having been taken only last month.

The photo shows a parent black skimmer feeding its chick a cigarette butt on a beach in Florida, US.

Volunteer bird steward Karen Mason, who took the photograph, issued a simple plea as she posted the photo on Facebook: “If you smoke, please don’t leave your butts behind.”

Mason told CBS News she was “very angry” when she realised what exactly it was the mother bird was carrying and so posted the images on various conservation sites and Facebook to raise awareness around the issue of littering.

Apparently, rubbish in St Pete Beach in Tampa, Florida (where the photo was taken), is “pretty common”. “People don’t seem to realise how harmful they are,” she said.

“Many birds are curious about the things we casually discard, and will often investigate to try and find out if something is food or not,” said a spokesperson for the Royal Society for the Protection of Birds (RSPB) in an interview with the BBC.

“Nature is struggling to adapt to the things we are doing to our planet; every year, we see more animals trapped, injured or killed by man-made products. We are even seeing litter being used as nesting material.”

“This Skimmer chick was offered a cigarette butt by its parent. It’s time we cleaned up our beaches and stopped treating them like one giant ashtray. #nobuttsforbabies,” Mason wrote in another photo, posted a few days later.

Commenters endorsed her plea, saying the sight was “heartbreaking and devastating”.

Cigarette butts were the most common item of all types of rubbish collected from beaches globally, according to a report by Ocean Conservancy last year.

“Tobacco butts are so ubiquitous that most of us have become blind to them,” said Rachel Kippen, of the Santa Cruz County Tobacco Education Coalition. “There are 4.5 trillion of them littering our streets, parks and beaches around the globe.”

Like plastic straws, bags and coffee cups, cigarette butts are a source of plastic pollution. They are often made up of plastic fibres called cellulose acetate that can take anywhere between 18 months and 10 years to decompose.

“Most people don’t realise that butts are made from cellulose acetate, a plastic that never entirely degrades,” Kippen continued.

“These filters provide no health benefit to smokers but create a lasting environmental threat, especially for the ocean, when they are inappropriately discarded—which most are.”

The photo is a sobering wake-up call. Movements such as #PlasticFreeJuly are a great sign that more people are taking responsibility for their waste footprint, but it’s important that this is a lasting change and not something we forget about in a few months time when the commercial Christmas carriage rolls into town.

If you’re a smoker, a simple solution is to carry a little metal tin in your pocket or purse to store butts until you can properly dispose of them. Better yet…give up smoking—you can do it!