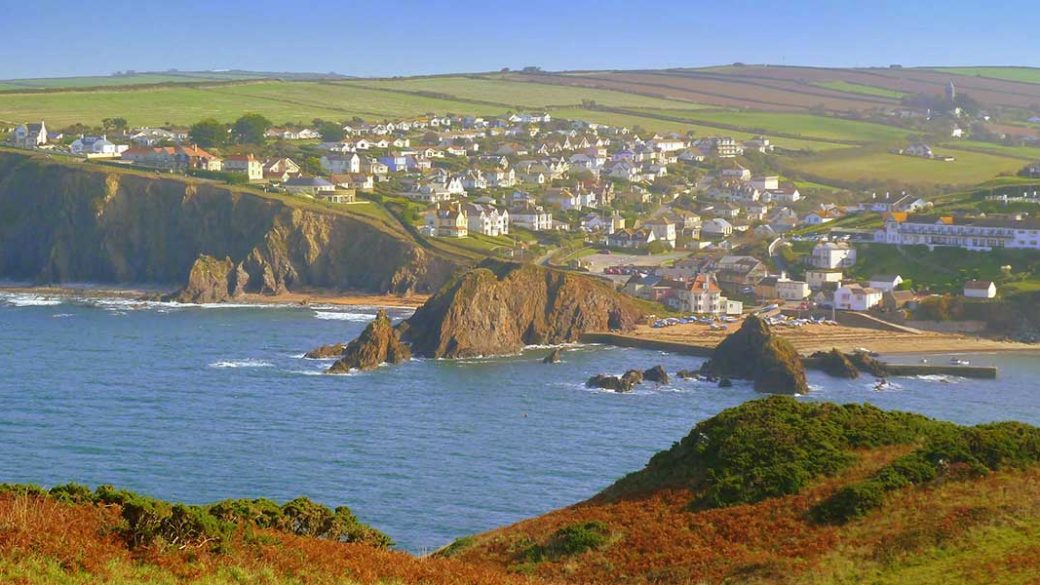 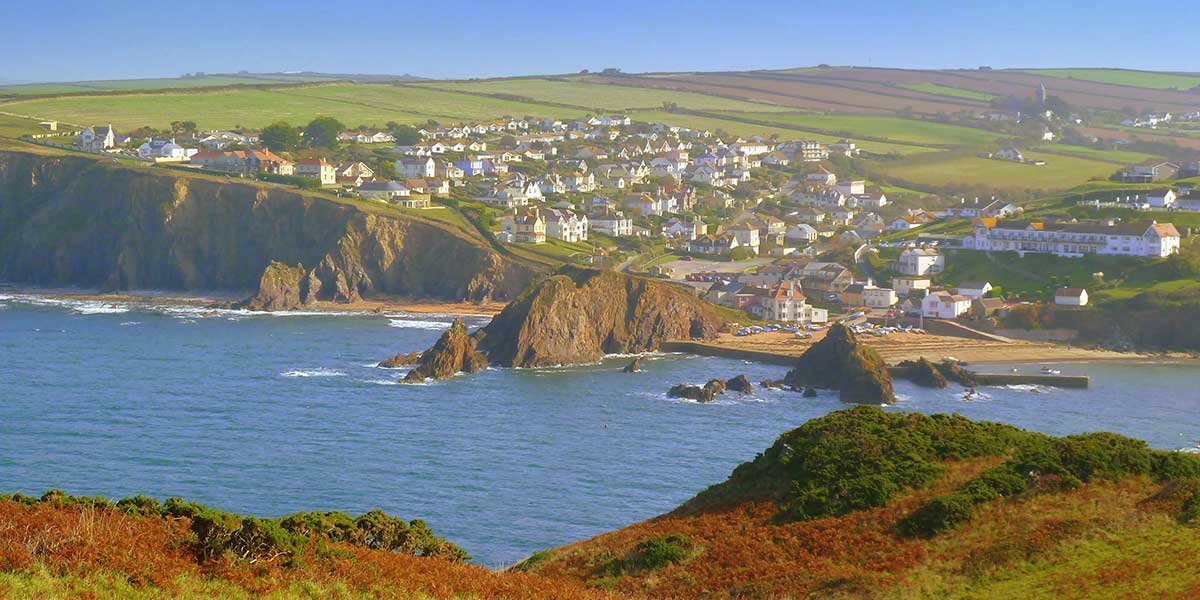 For the first time ever, a rare Crocodile shark has been spotted in British waters.

The shark, likened to the crocodile for its long slender teeth, was spotted in Hope Cove in South Devon. This is a considerably rare occurrence given the species normally live in the deep tropical waters off Brazil and Australia.

RELATED: More and more dolphins and whales are mysteriously washing up on Cornwall’s beaches. What can be done?

As The Shark Trust highlights: 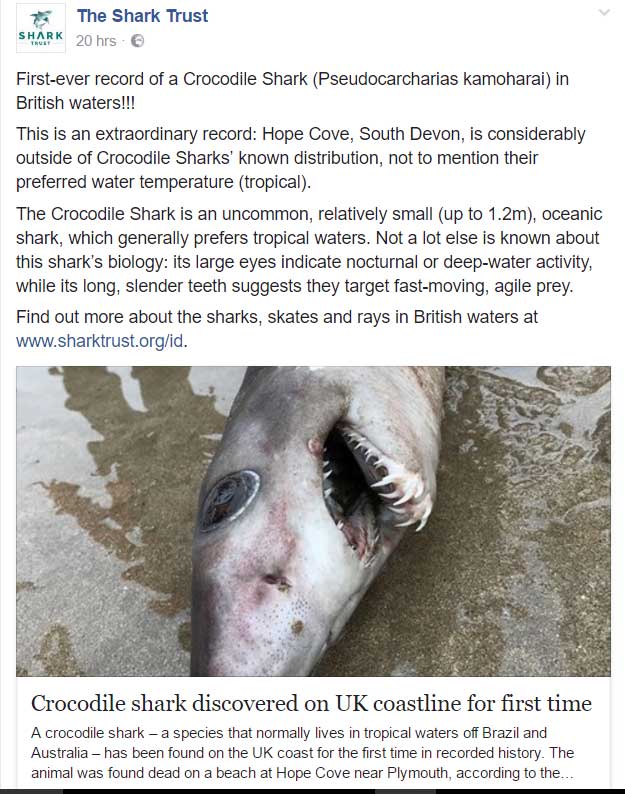 The shark was found by a family at Hope Cove beach. Thinking it was still alive, they attempted to return it to the water before realising it was dead.

Photographs of the find were sent to the National Marine Aquarium in Plymouth. James Wright, the Aquarium’s curator, told The Guardian:

On first inspection of the photos we thought the animal could be a juvenile porbeagle shark, which is found in UK waters. However, we identified numerous traits that suggested it was not any shark usually recorded in UK waters. Exploring our network of contacts led to successful identification by Marc Dando, who is a local professional wildlife artist.

This species has never been recorded in the UK before, as it is normally found in deep waters during the day in tropical climates, such as Brazil and Australia, then coming shallower at night to feed. It is likely to be an isolated incident, but there have been similar stranding incidents in South Africa. This time of year though UK waters are at their coldest so this occurrence is very unusual.

Little more is known about why the shark went so far out of its normal territory or its death. The body of the shark was lost in the attempt to return it to the sea so it could not be examined.