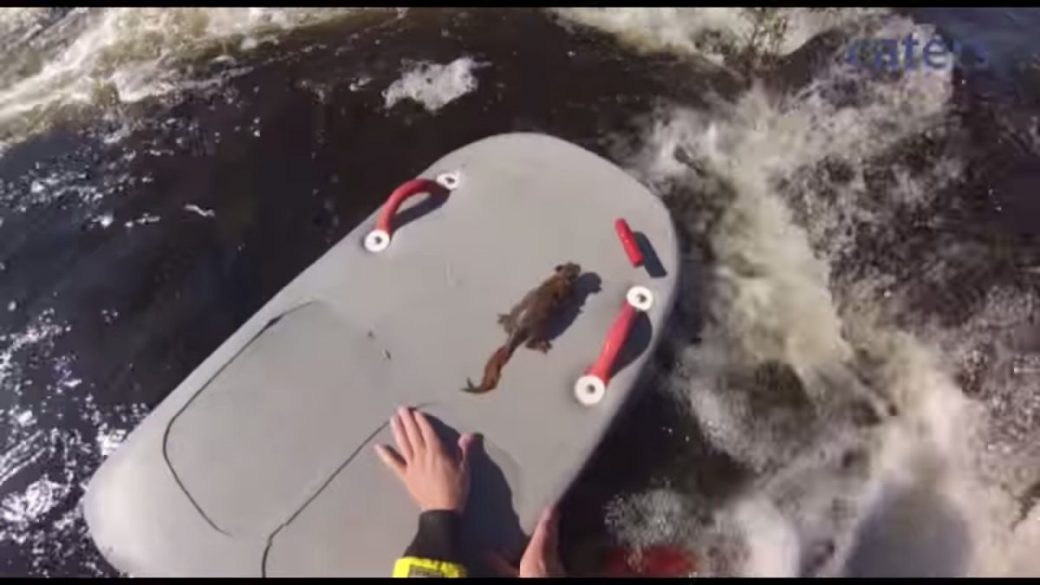 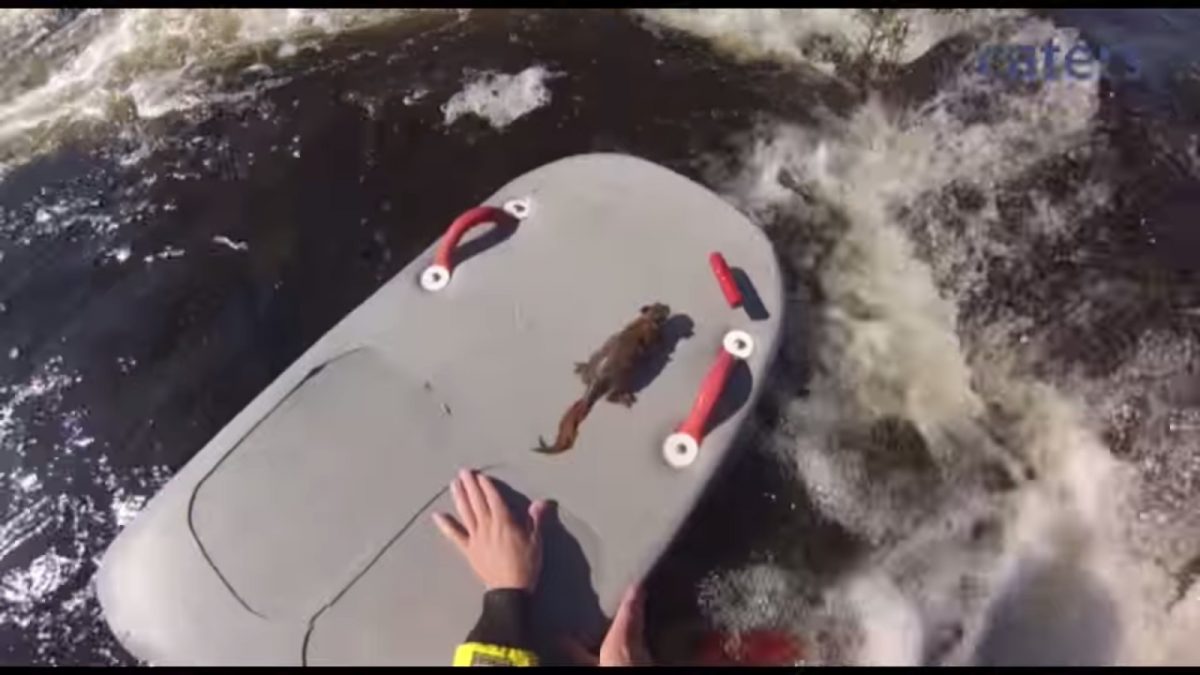 During a recent riverboarder session, Thomas Paterson (a riverboarder from Oakville, Ontario, Canada), came across a stranded squirrel stuck on a rock in the middle of the river rapids.

Wanting to help the little critter to safety Paterson captured the rescue on his GoPro and the video was posted by Caters News Agency:

Paterson swam over to the rock, that the squirrel was stranded on, and positioned his riverboard against it, hoping to coax the squirrel to climb aboard. After several attempts to do so, by tapping his board and rock, nudging the board against the rock and trying to get the little critter to understand he was trying to help, the squirrel made the situation a lot more urgent.

Whether or not the squirrel was spooked by the riverboard, at first, or wanted to cross the river by its self is unclear, but it decided to make a huge leap onto a neighboring rock. While the little guy made the impressive leap, it was now desperately clinging on, as the river rushed over it’s chosen rock, and it wasn’t long before it lost grip and fell into the rushing water.

Having at first tried to pluck the squirrel off the rock, after the rushing water had beat him to it, Paterson was now in a frantic search to grab the squirrel before it drowned. Luckily within a couple of seconds, he was able to located the lucky dude and place him safely onto of his riverboard.

“I wanted him to make a break for it so I could just grab him from the water,” the Paterson told Caters News Agency. “Eventually he tried jumping up stream but got worked into a little hole. Thankfully I managed to pick him out of the water and place him on my board before I swam him to shore.”

“Once he was on my board he realized what I was doing and just chilled and enjoyed the free ride.”