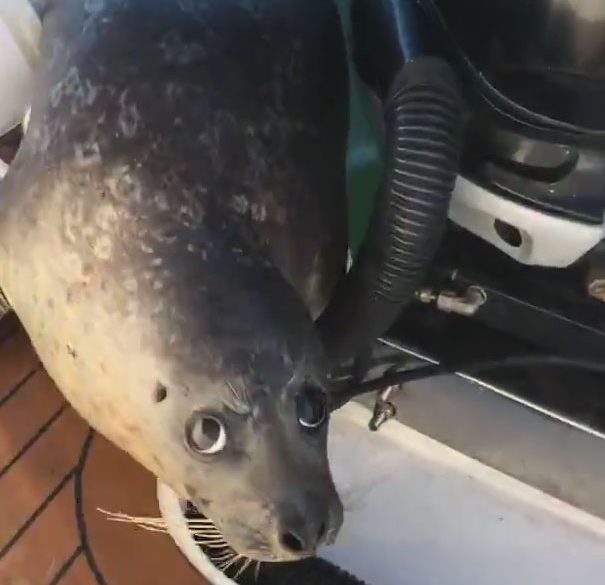 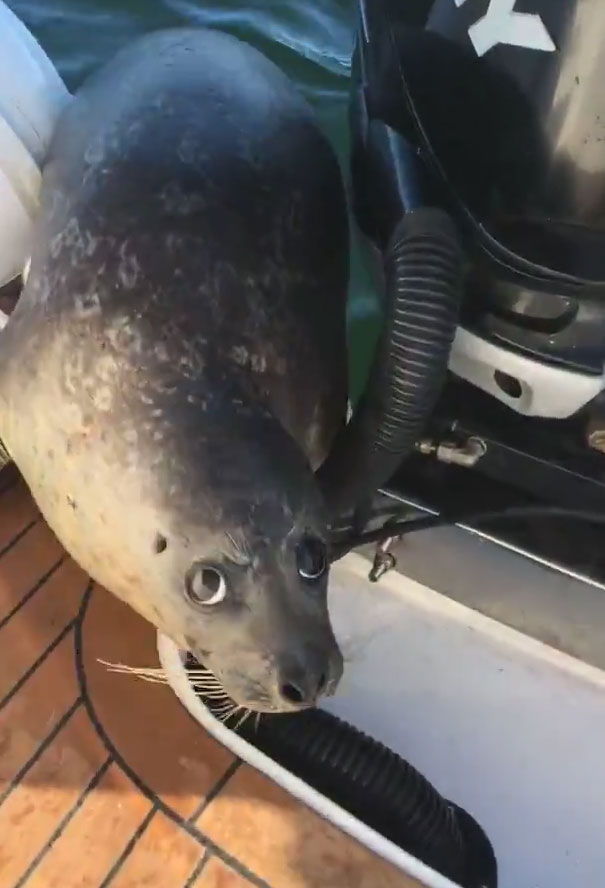 This incredible footage shows a terrified ringed seal jumping—for its life—onto the back of a boat, to escape a hunting pod of orcas.

Captured on camera by YouTuber Kirk Frase—who was on a whale watching tour off the coast of Vancouver Island, Canada—the extraordinary event sees the seal being chased by 12 hungry killer whales.

“We had four or five orcas all at once sitting at the back of the boat straight up and down sort of looking at the seal,” tour guide Nick Templeman told CNN. “They would dive and they would all disappear—about 12 of them—and you can see shape after shape trying to come up from under the boat.”

In the animal kingdom, predator vs. prey events are fascinating to watch, but it’s the first time Templeman has seen such an extreme orca hunt—even though he’s been whale watching for 20 years. “The seal did get scared during the encounter,” explained Templeman. “He would get in the water, swim back up and get back on the boat. This was not one family group but three or four family groups.”

Thanks to the seal’s quick-thinking and creativity, after about a half-an-hour, the orcas gave up and disappeared. “The seal took a few minutes, went into the water, hesitated around the engines and then left,” added Templeman. The little guy was cheered by the tourists as he swam off.