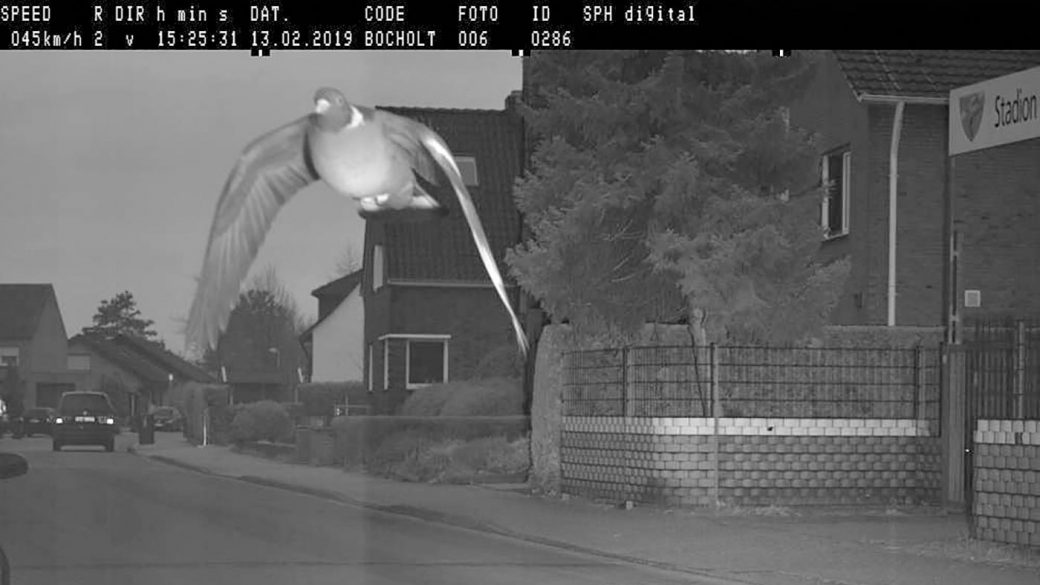 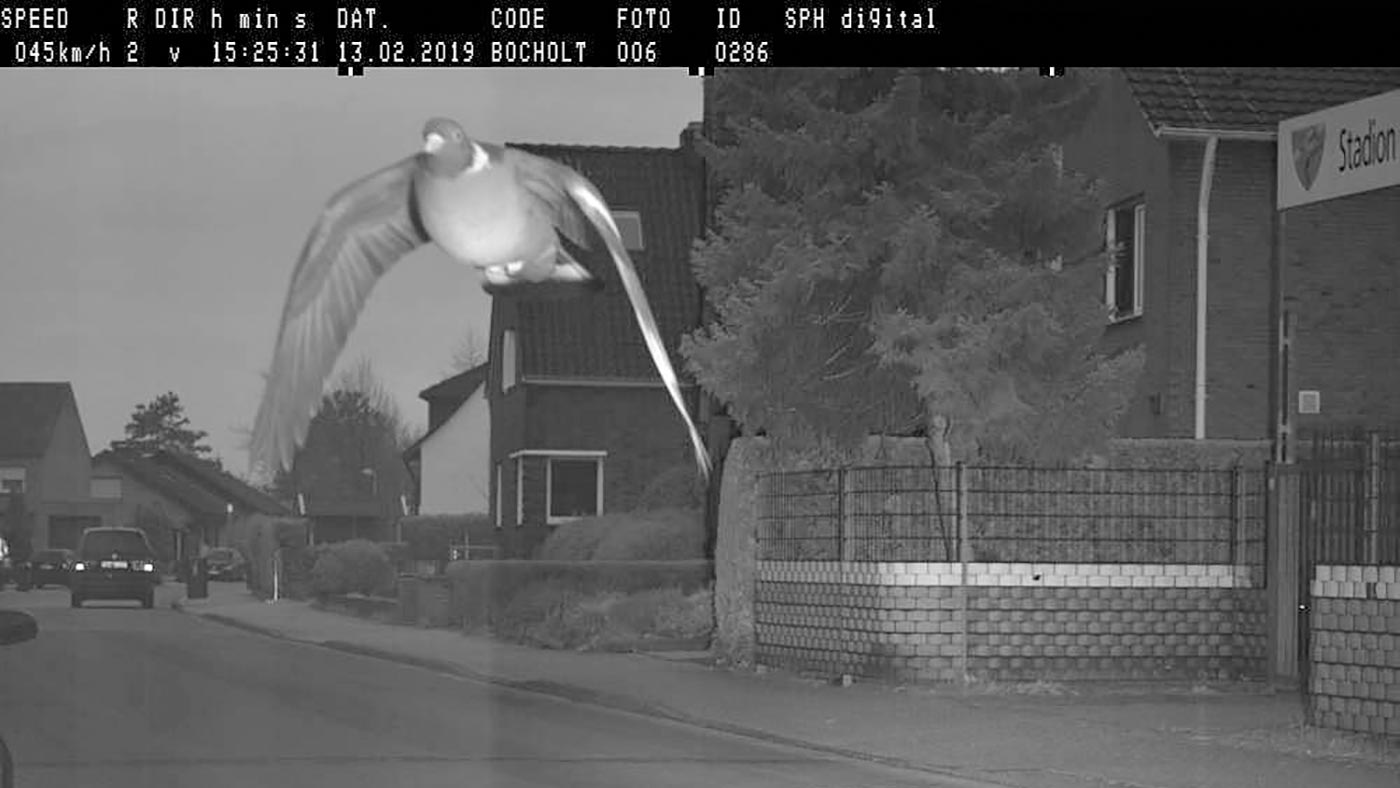 A photograph of a fast-flying pigeon that was taken by a speed camera in Germany has been circulating the internet.

The mobile speed camera, situated on a residential street in Bocholt in western Germany, was triggered when the pigeon broke the speed limit. The feathered speedster was clocked at 45km/h (28mph) in a 30km/h zone.

The unusual incident occurred back in mid-February, but Bocholt Town Hall has only recently posted the image on their Facebook page, having taken some time to assess the picture.

Under normal circumstances, the penalty for speeding would be €25 (£21/$28). However, as the authorities mentioned in the Facebook post (translated): “How the fast bird can and will pay the 25 euros, remains open.”

It could be that the pigeon was trying to get away from this guy: