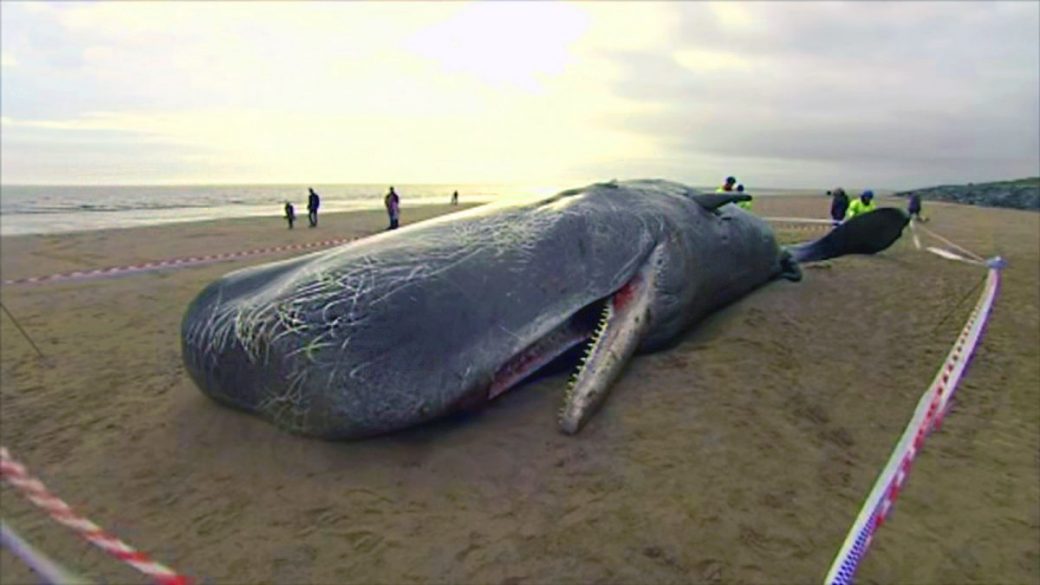 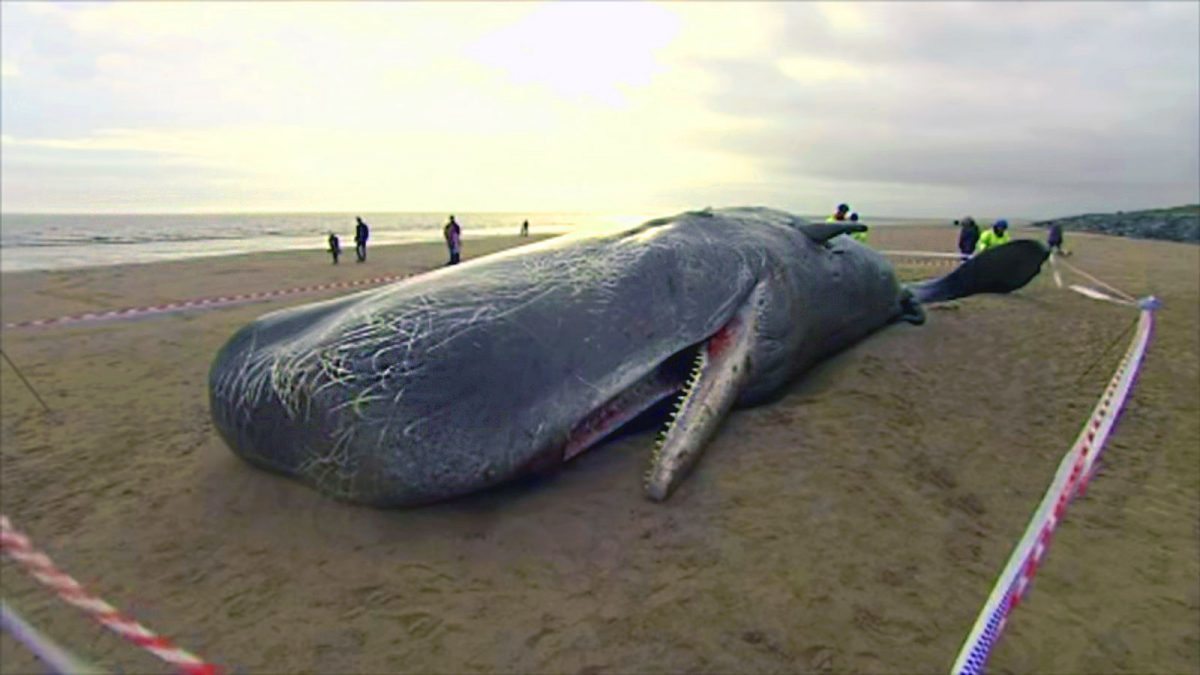 Just hours after a young Sperm Whale was found washed up on the rocky shore of Hunstanton, Norfolk, late on Friday night, three more of these beautiful animals were found dead on the beaches of nearby Skegness.

Twelve similar cases have sadly been reported of whales found beached on islands around the Netherlands and Germany over the past week, and it is thought that all of these whales were part of a pod of males that had been spotted in the North Sea recently. Unfortunately it isn’t uncommon for whales to venture south into the North Sea, and become stranded in the shallow water, but experts from the Zoological Society of London say they haven’t seen anything on this scale for decades.

Rob Deaville, one of the scientists from the Cetacean Strandings Investigation Programme, which coordinates the investigation of all whales, dolphins, porpoises, marine turtles and basking sharks that strand around the UK coastline, told reporters that his team will be carrying out post-mortems on the 45ft whales over the next few days, taking samples of teeth, skin, blood, and blubber, as they did with the Hunstanton whale. Deaville went on to say that “While this event is tragic, it will also give us a rare opportunity to learn more about these animals and how they live, as they spend most of their time in the depths, so opportunities like this are rare.”

The location of the rest of the pod is currently unknown, but Deaville has warned that they are also at “considerable risk” of being stranded if they are still lost in shallow waters.