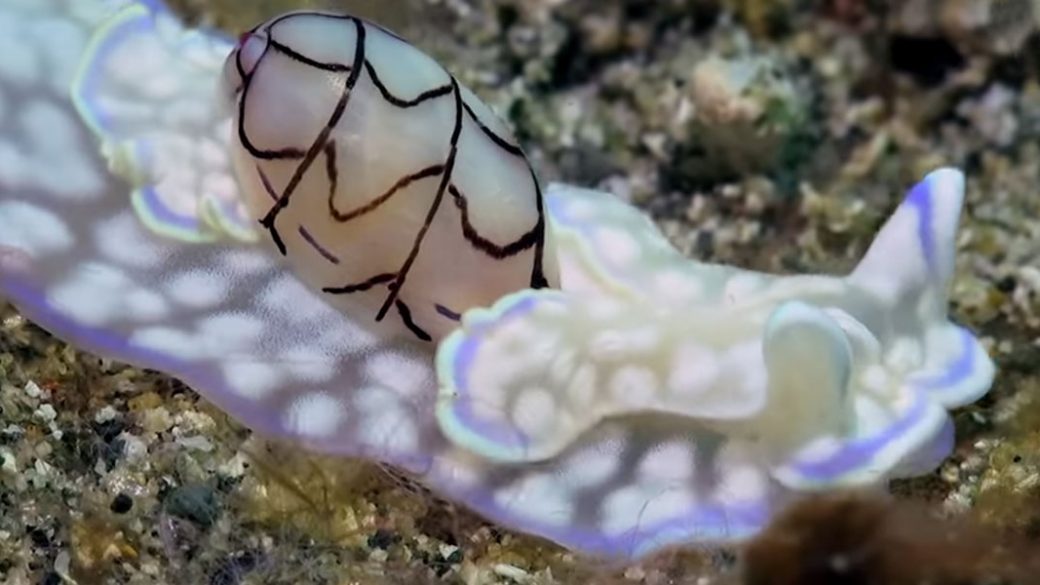 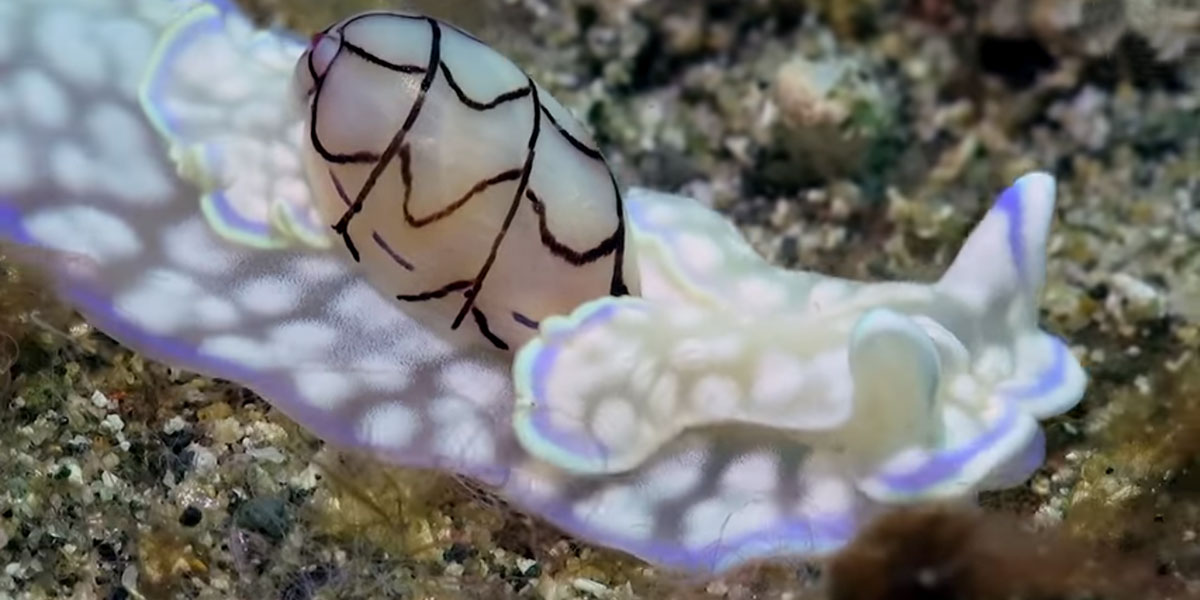 Footage of a rare and ethereal sea snail has captured the internet’s attention, after garnering over 2.4 million views. The elusive mollusc was captured on film by diver Michael Wijaya Ishak off the coast of Kawula Island, Indonesia, and has left viewers completely mesmerised.

With an almost see-through pink shell on its back, the rare Micromelo undatus—otherwise known as the bubble snail or the miniature melo—can be seen gliding gracefully across the seabed. Unfazed by the rocky bed, its body moves seamlessly across the stones and pebbles as its spongy head moves up and down. As Ishak’s headlamp shines on the snail, its ghostly skin becomes almost transparent and its fluorescent blue outline glows.

When Ishak shines his headlamp on the snail, its ghostly white skin becomes almost transparent and its fluorescent blue outline glows.

The rare species usually lives in shallow water up to 9m in depth and can be found along the coasts of North and South America, parts of Africa, Japan, Indonesia and Thailand. There is some debate whether two similar species of the sea snail are actually the same. Micromelo guamensis has been considered an Indo-West Pacific species while Micromelo undata has been a Caribbean species.

The Micromelo itself is closely related to another sea snail species, Hydatina physis. In both species, the shell has become thin and is no longer considered an important protection mechanism. Instead, the animal has become larger and more brightly coloured. Likewise, the snail’s diet has become a form of defence. It feeds on cirratulinid polychaete worms and the toxins from these worms become incorporated into the snail’s tissues which are then used to deter predators.

Such rare species remind us not only how awesome nature is, but also how much more we have to discover. With creatures like this living in the sea, who knows what’s lies in the undiscovered depths.