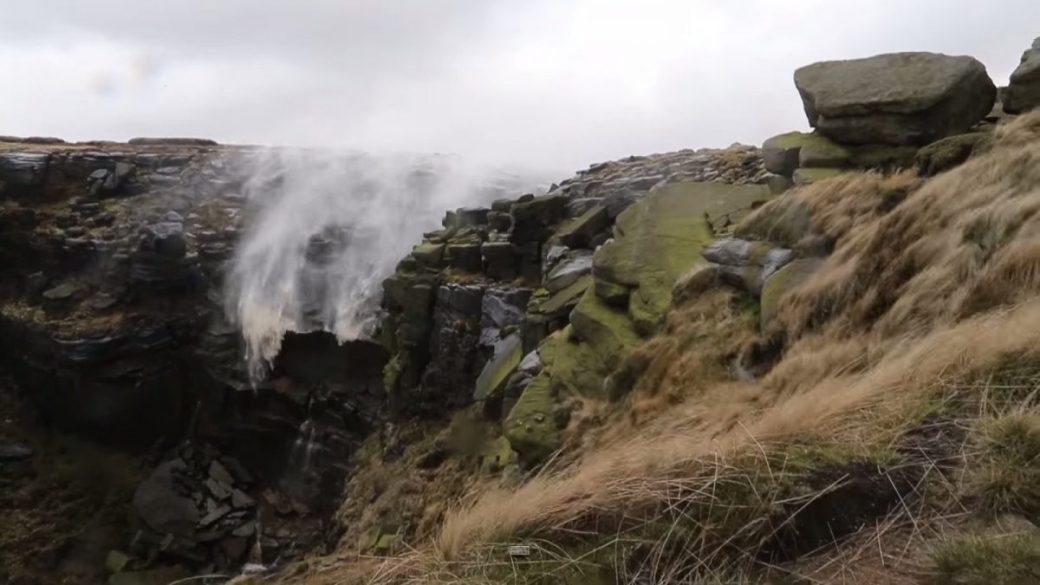 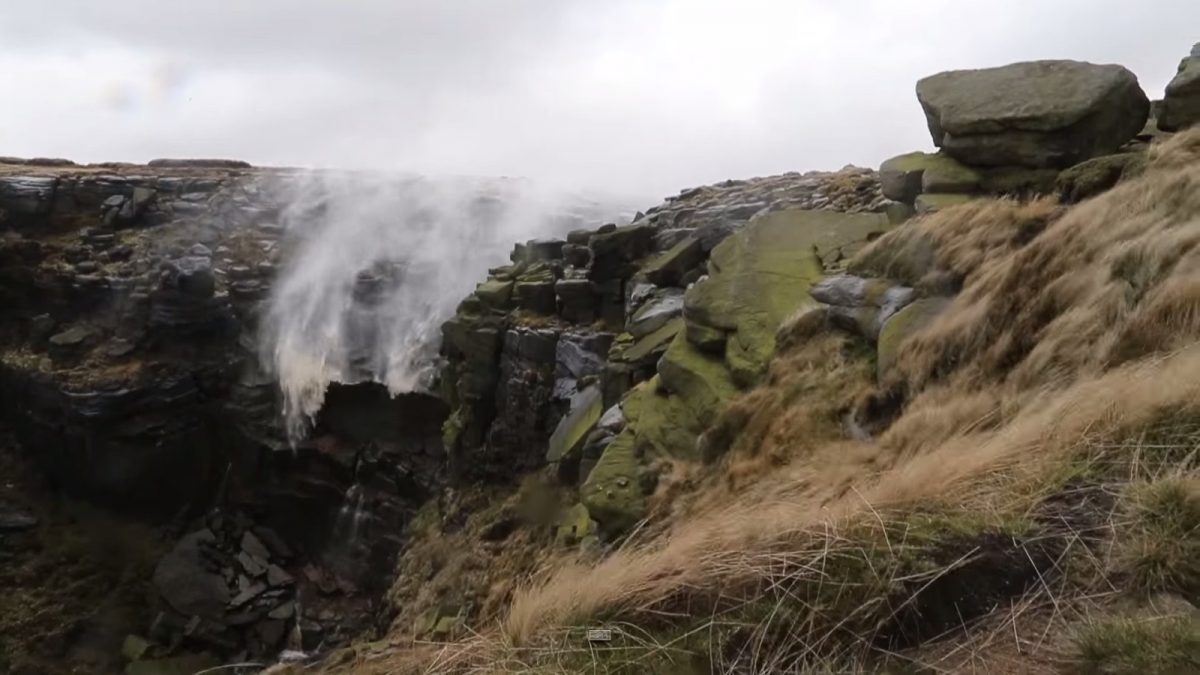 When winds in Derbyshire, UK are high enough the Kinder Downfall waterfall starts to defy the laws of physics, and is actually blown back upstream. It’s like watching a surrealist painting (or Mario Kart 8 for any gamers reading this), where water flows into the sky.

Apparently this natural phenomenon isn’t unheard of and has been filmed a few times. Check out this, slightly shaky, footage from the same hiker at the same waterfall filmed a few months prior – aptly titled “The Kinder downfall doing its party trick.” That’s an awesome party trick!