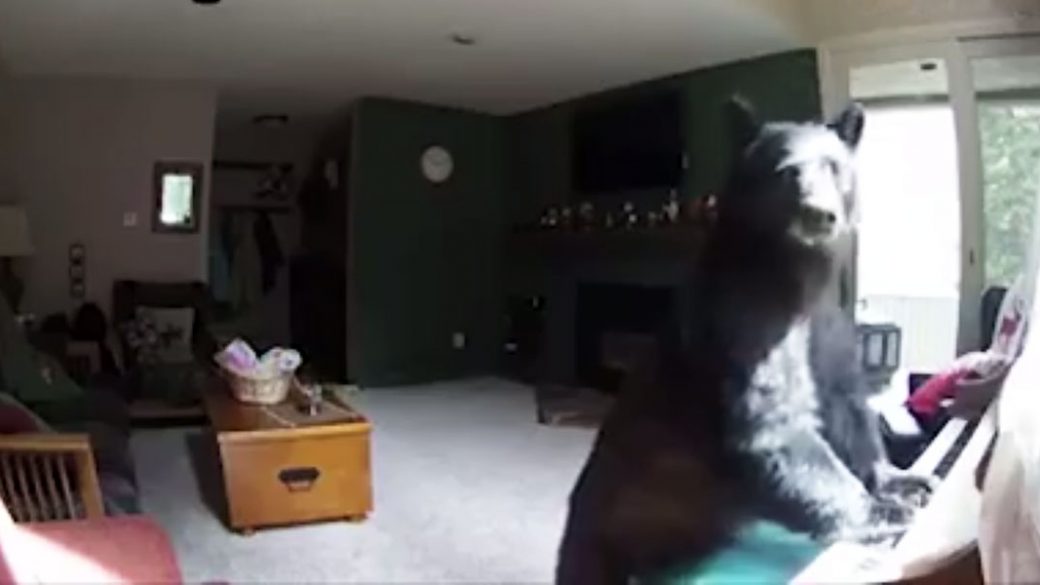 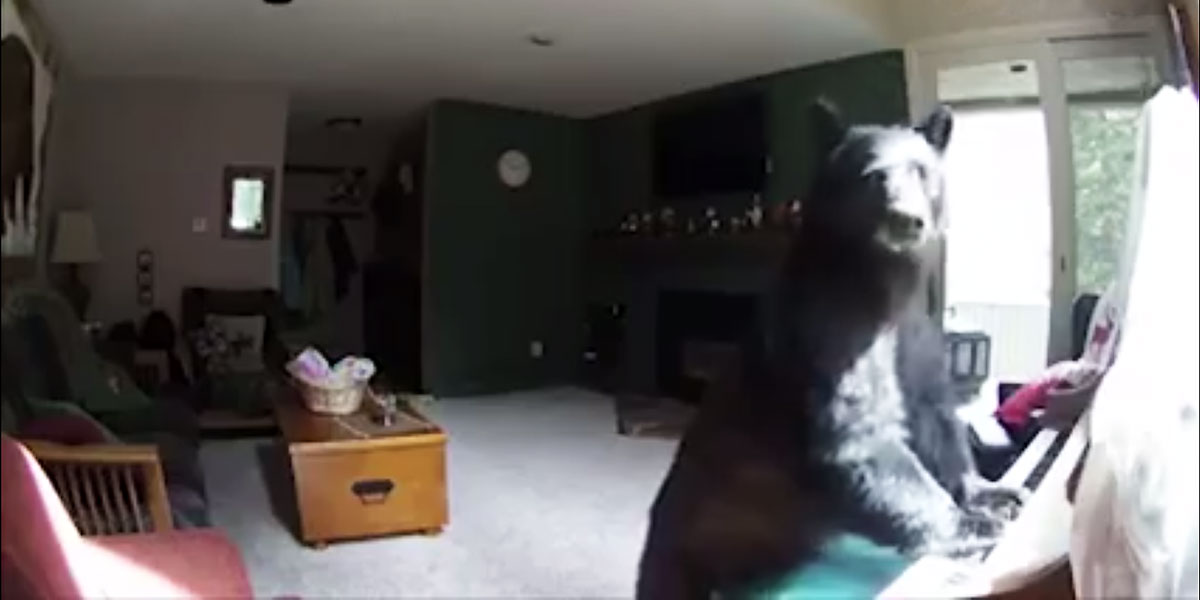 A woman returned home in East Vali, Colorado, on 31 May, to discovered her kitchen had been ransacked. Suspecting a burglary, she immediately called the police. But after inspection, they believed her home had in fact been raided by an animal.

After checking her home security surveillance, they released that the intruder was, in fact, a black bear.  He’d entered her home through an open kitchen window and began foraging for food from her freezer. But the surveillance also revealed something neither party expected. The bear also had a penchant for classical music:

The security camera was rolling as the bear roamed around the living room.  At one point, you can see the bear get up on the piano, striking the keys as it peered out the window.  He then continued into the kitchen and into a bedroom.

A press release from the community council stated: “The chords captured on video were unbearable and the tune was equally grizzly.”

Encounters with wildlife are not new in the Vail area, but due to local ordinances, they are much less common. In recent years, there have been no reports of violent interactions and the Vail Police Department receives regular training to deal with such calls. They also work closely with the Colorado Department of Parks and Wildlife to help relocate the animals they find.

Looks like this cheeky bear just wanted to make himself at home. Grab a couple snacks, listen to some music. We’re just surprised he didn’t go all out and pop on the TV.