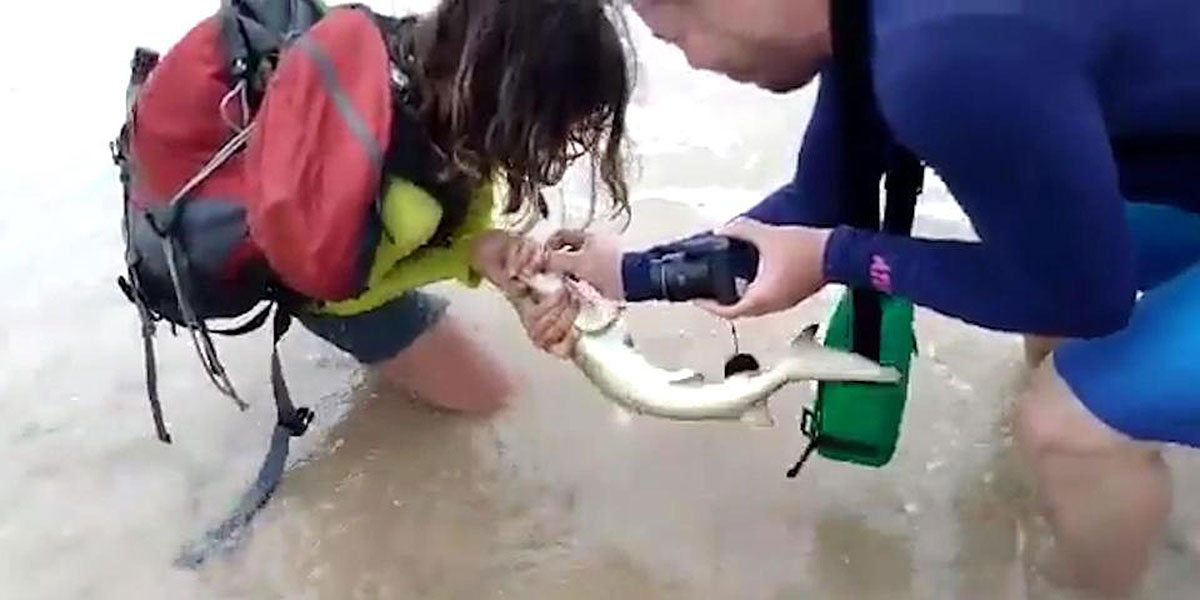 Taking ‘selfies’ with wild animals has become a craze. In a bid to get the perfect picture, people drag dolphins, turtles and sharks from the sea and crowd them on the beach. An act which has very often resulted in the death of the animal. Last month a tourist tried to grab a juvenile shark from the ocean for the perfect snap. But it was an action which cost her greatly.

In February this video surfaced online showing an anonymous woman wrestling with a shark pup in the ocean on Fernando de Noronha archipelago, 354km off the Brazilian coast. It shows the woman’s frantic attempts to free herself after the shark bit her hand. Fernando de Noronha is renowned for its beauty and wildlife and is a key site for protecting biodiversity and endangered species in the Southern Atlantic.

After the footage was released, reports revealed the authorities fined the woman (and her boyfriend, who was filming the incident) R$20,000 (Brazilian Real), equivalent to £5200/$6500.

In a bid to fulfil this social media craze, this woman, and her boyfriend, committed an extremely thoughtless act. Interfering with nature in this way is cruel and heartless and hopefully this fine will encourage them and others to re-think their actions.

But sadly this craze is just the tip of the iceberg. Humans’ desire to get up close and personal is the root cause for parks around the world which offer close up encounters like elephant rides, ‘Tiger Temples’ and swimming with dolphins. You maybe an animal lover, but who is the animal selfie really benefiting?