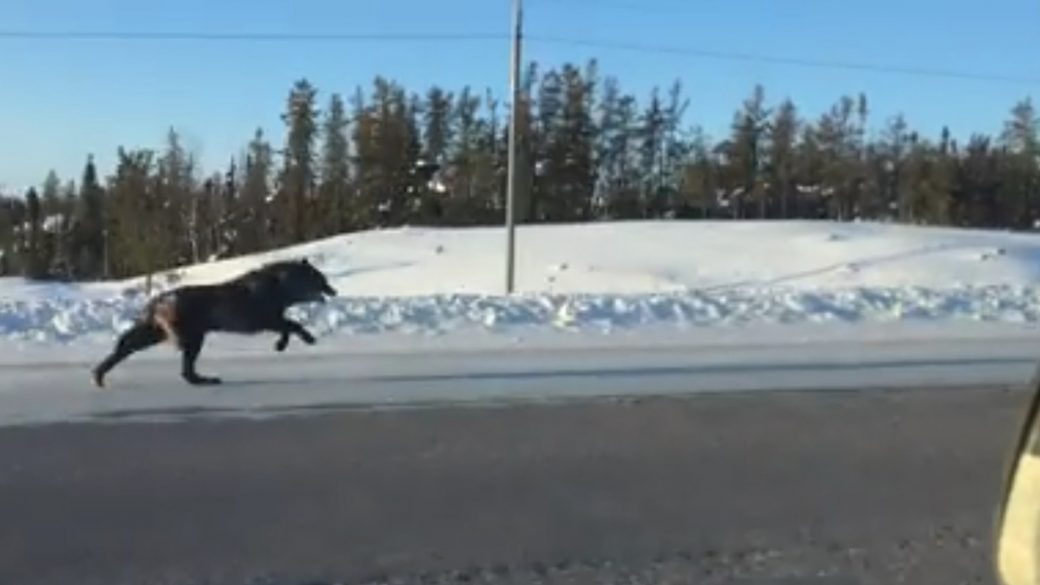 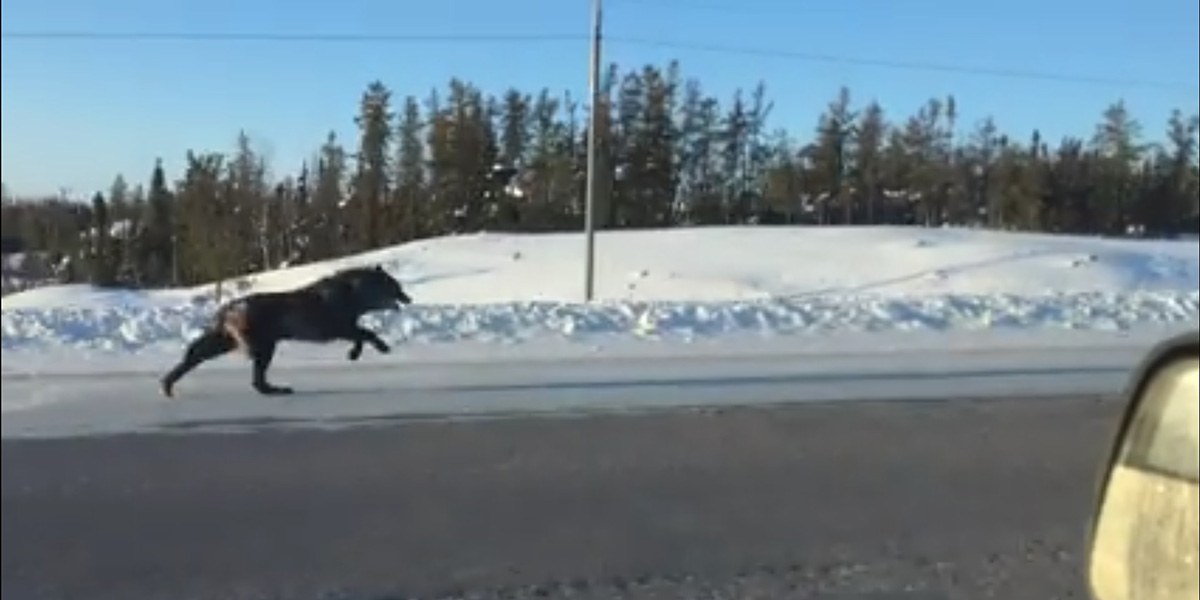 It’s not a everyday commute when you spot two black wolves running alongside your car. But that’s exactly what happened to one Canadian woman who was travelling to work on the Highway 3 to Edzo, N.W.T.

On Friday 10 March Rhonda Miller spotted the two wolves sprinting down the highway. She recorded the encounter on her phone because she thought no one would believe her.

Speaking with Canadian news channel CBC, she said when she spotted the first animal she thought it was a man.

I thought that was strange because you don’t normally see people walking on the road that far out. I slowed down a bit and I got closer. I thought it was a bear, and I thought, it can’t be a bear because it was the wrong time of year.

When I got to school, I shared it with the teachers and kids. Everybody was just amazed. I think just the power of them and the beauty of them, seeing them running like that, flat out, is pretty inspiring.

While Miller’s encounter is pretty rare, it’s certainly not the only time commuters have spotted these elusive creatures out in the open. Only five months ago a video was posted on YouTube showing a trucker’s close encounter with a lone black wolf. The footage shows the wolf casually trotting alongside the highway.

Black wolves are more prominent in North America than anywhere else in the world. Until recently, it was unclear why these wolves’ had a black coat while most wolves had either grey or white. In 2009, teams of biologists and molecular geneticists from Stanford University, UCLA, Sweden, Canada and Italy, discovered their dark coat was in fact as a result of historical breeding between black dogs and wild grey wolves some 12,000-15,000 years ago.

With humans continuing to expand their infrastructure into the wilderness, it’s good to see some wild animals able to adapt and use the road network to their advantage. But with scientists’ predicting that two thirds of our wildlife could be wiped out by 2020, it’s still important for us to find better ways to live with and work alongside nature.