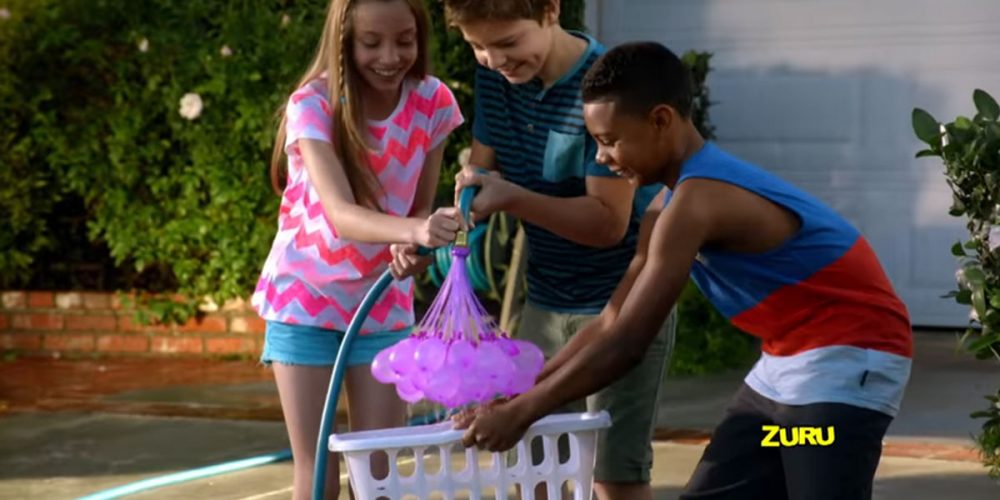 Bunch O Balloons is set to be the perfect companion for summer fun. Let’s just hope the weather’s hot.

They’re the brain child of one of the fastest growing international toy company in the US—ZURU™.  Launching from grassroots beginning in a garage in New Zealand in 2004, ZURU now distributes and markets in 121 countries.

Toy of the Year

Bunch O Balloons has also just been awarded the prestigious Toy of the Year 2017 award in the active/outdoor toy category. The TOTY Awards are considered the “Oscars” of the toy industry, recognising companies and products for their outstanding performance the previous year. Winners are chosen through a combination of votes from retailers, journalists, consumers and members of the Association.

We are thrilled to be recognised with the Outdoor Toy of the Year Award by the toy industry and families across the US. We all believed Bunch O Balloons was an amazing product, but never imagined it would become a global phenomenon. A combination of innovative design, production automation, engineering excellence and best-in-class marketing has made Bunch O Balloons a staple of summer fun for families, with 2.3 billion individual balloons popped worldwide!

This cleverly designed toy has certainly put the extreme back into water balloon fights. It’s got people of all ages back into the outdoors, having fun and enjoying the simple pleasures!