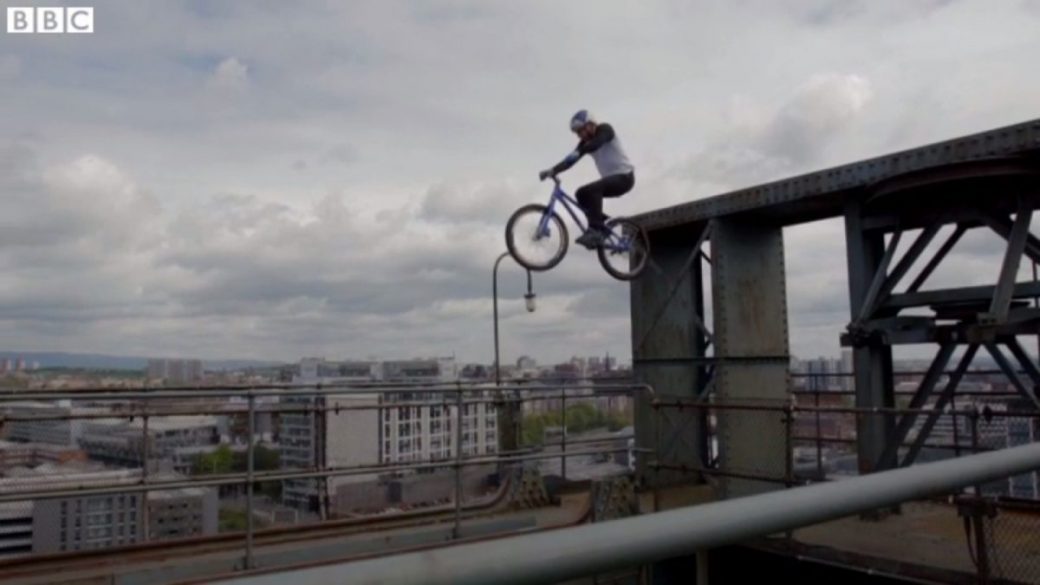 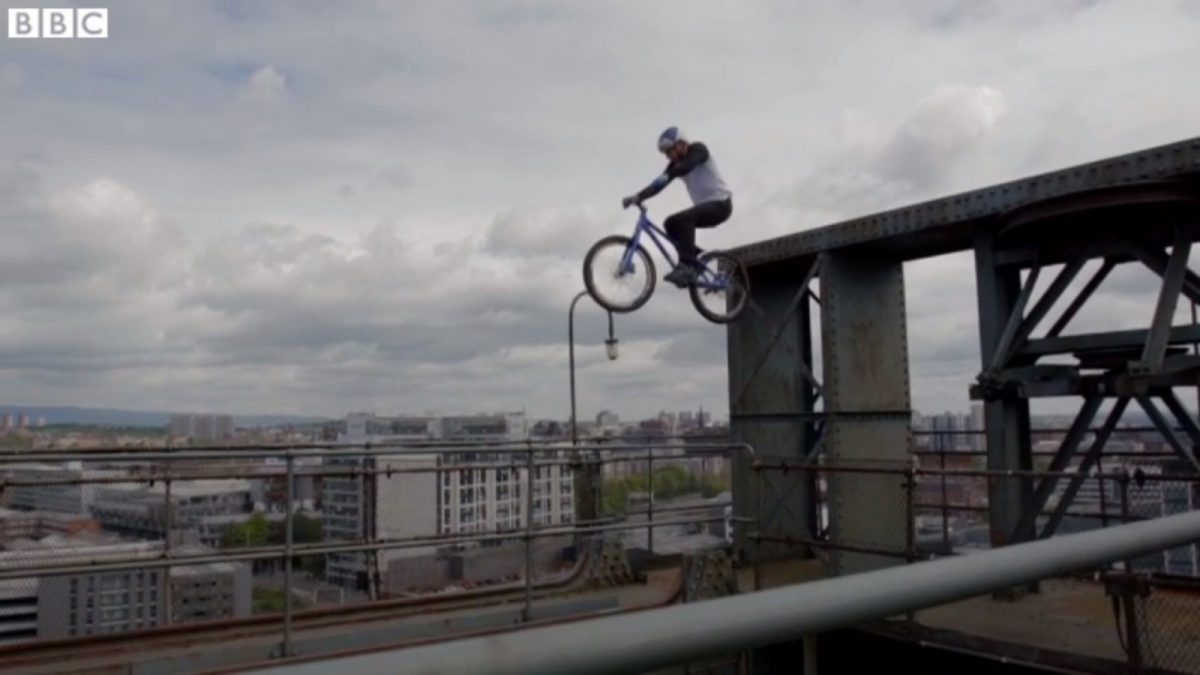 Danny MacAskill is back in Scotland with a cool little edit put together for the Commonwealth Games, currently being held in Glasgow. While trials biking isn’t included in the competition, that hasn’t stopped Danny tearing up the town and riding on top of a 174 Foot Crane. The Finnieston Crane is a signature landmark in the Glasgow skyline, and at that height, small mistakes can have catastrophic consequences, but as Danny says in the vid – he’s got a pretty good idea of what he is capable of on a bike.