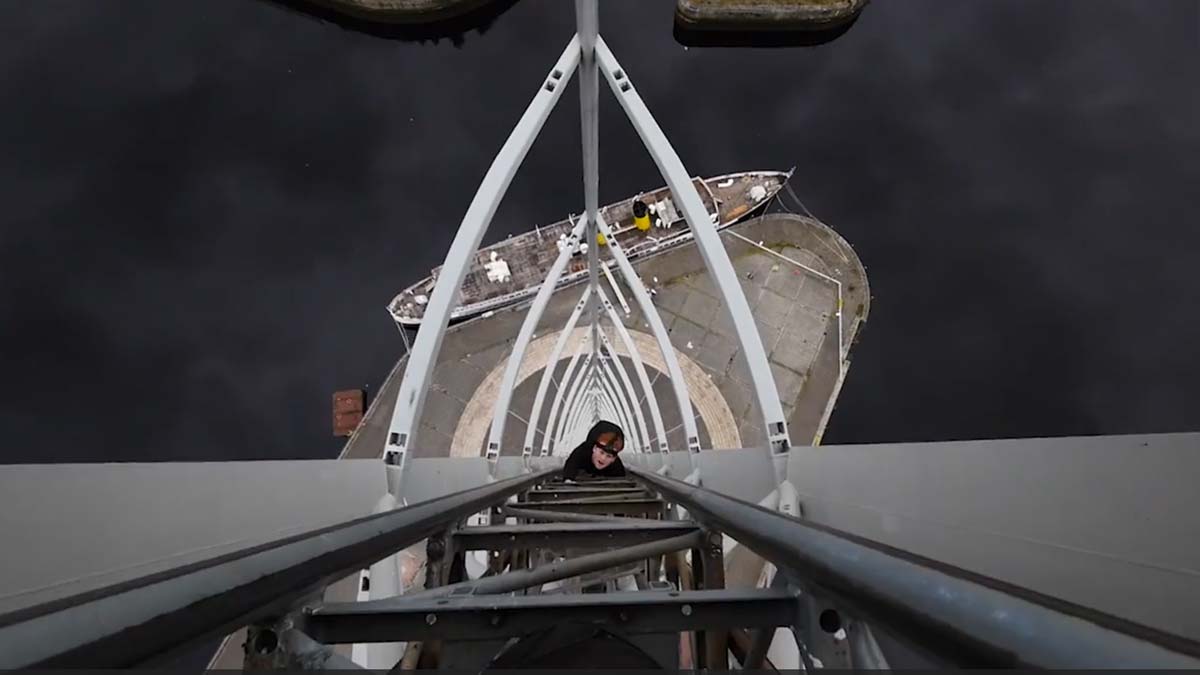 A daredevil duo has revealed stomach-churning footage of the moment they scaled the record-breaking Glasgow Tower—without using safety equipment.

Adam Marr, 24, and his friend Ally Law, 20, scaled the tower by waiting until it had closed and clambering up the outside. The footage shows the duo clawing their way up, before dangling their legs over the edge and enjoying the panoramic view of the city.

At 417 feet tall (127m), the Science Centre Tower on Glasgow’s waterfront is the world’s tallest structure capable of rotating 360 degrees.

Getting past the fear

I wasn’t scared at all. When I got to the top it was just a case of ‘mission complete’. If you can climb a 10-foot ladder then you can definitely climb a 100-foot ladder—that’s how you get past the fear.

We just got an amazing sense of satisfaction and the whole thing was just brilliant fun.

The duo claims they were in Glasgow to “plan some other projects” but ended up climbing the tower after someone “messaged [them] about it.”

Someone messaged Ally that it would be a good idea to climb the tower because I don’t think anybody has done it before. So we just went to do it. We wanted to be the first people to do it.

While a spontaneous decision, Marr claims he was prepared:

You have to take it a bit at a time. I knew exactly what I was doing…We had bags on with cameras on them but we were one hundred percent sure we wouldn’t fall. Though we did have to stop halfway through for a rest.

Met by the police

However, it wasn’t all smooth sailing for the young men as they were met at the bottom by the police. Marr said:

When we looked over the top we just got an amazing sense of satisfaction. We couldn’t see security or anything. [But] when we got down to the bottom we met the police and they just took some details from us—background checks and stuff.

According to a Glasgow police spokesperson: “Both men have been reported to the Procurator Fiscal in connection with the incident.”

So what’s your verdict? Brave or plain stupid.