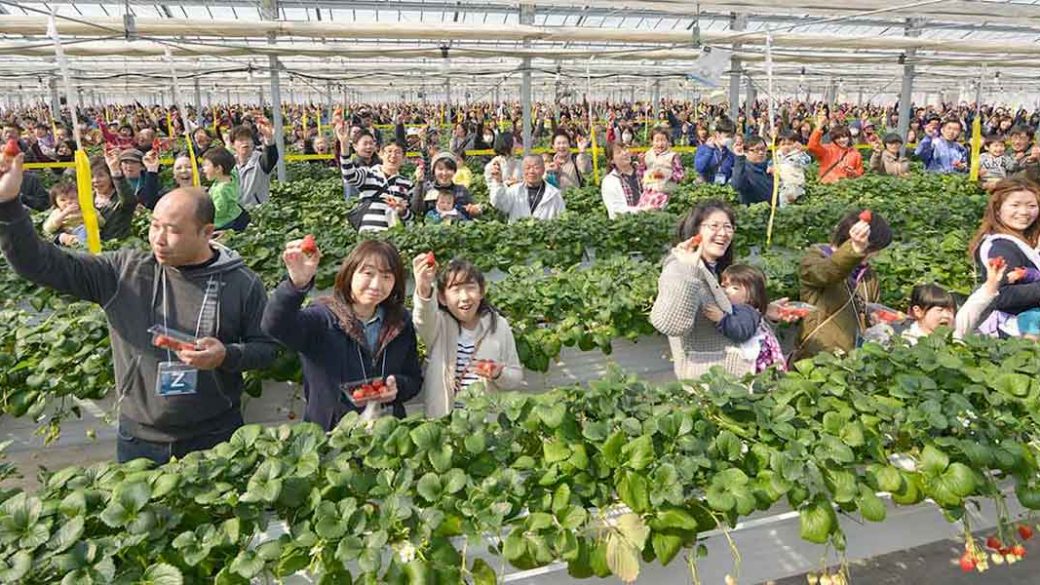 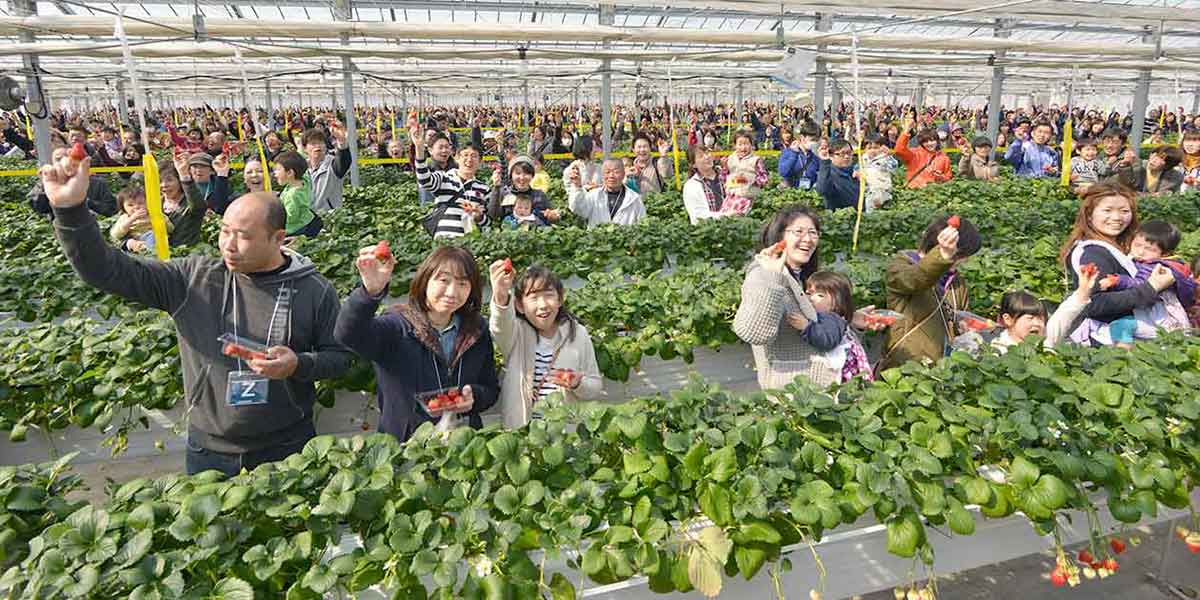 Record attempts can sometimes be a bit hit and miss. While some are truly designed to wow and showcase the skills and the abilities of human kind, some are simple just odd. Take the record for ‘the longest eyebrow hair’, or the ‘most lit candles held in the mouth’. But this latest record attempt from Japan showcases the true power of a community, who’ve come together in adversity.

On 5 March 2017, the people of Watari Town in Miyagi, Japan achieved a new Guinness World Record. They were awarded the title for the ‘Most people picking strawberries simultaneously in a single venue’. But this record wasn’t just any record attempt.

In 2011 two natural disasters hit the area. On 11 March, 2011, a 9.0 magnitude earthquake and a subsequent major tsunami destroyed the Miyagi Prefecture, causing major damage to the area. It was thought over 15,894 people died, with well over one million buildings being damaged or collapsed in the disaster. Watari, once the hub of northern Japan’s strawberry production, lost 98% of its strawberry industry.

Six years later and the community is still getting back on its feet. But this world record bears huge significance to the community as they rejoin to build what they lost.

The record challenge took place in one of the enormous greenhouses that were set up to grow “Mou-ikko” strawberries after the natural disaster. There was an atmosphere of community spirit as 1,141 local people got together at the fruit farm with their friends and families to attempt this record.

The record will be another strawberry themed title to add to Japan’s book. In 2015,  Koji Nakao picked the world’s heaviest strawberry in Fukuoka, Japan and found it weighed a whopping 250g (8.82 oz).

It’s incredible to see a community come together and support each other during hardships. It’s certainly a record attempt well deserved and one that will go down in the town’s history books.