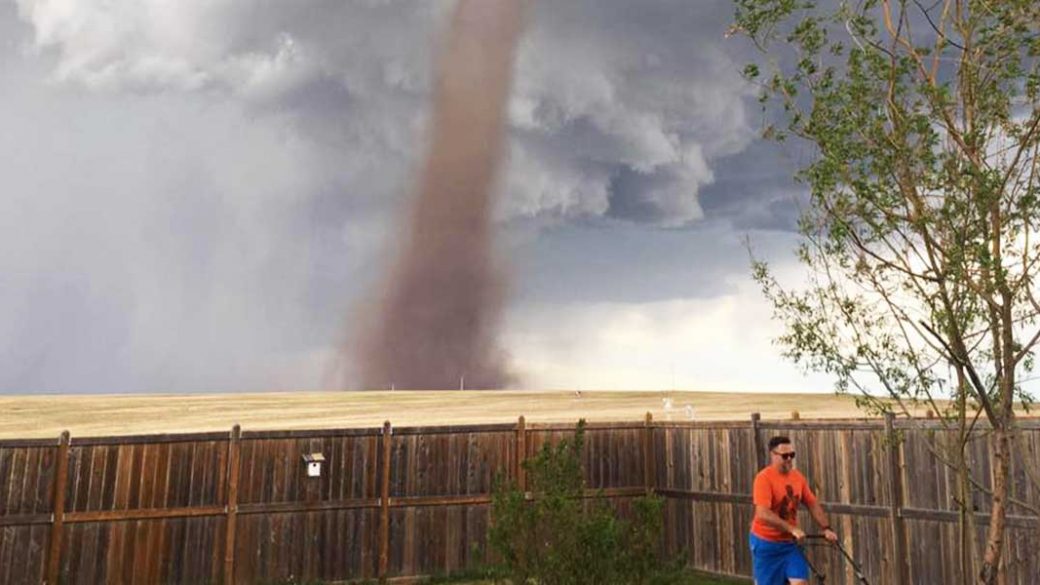 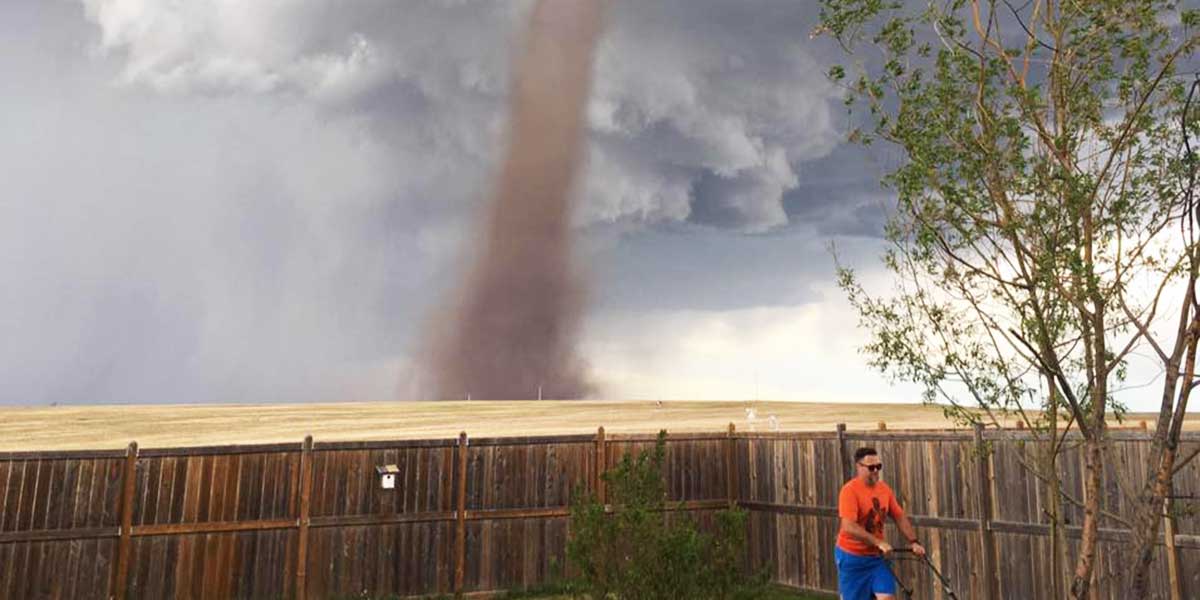 A picture has been posted online showing a man doing the most unexpected thing as a giant tornado advances toward him. The man in question, Theunis Wessels, was mowing his lawn on 2 June in Three Hills, Alberta, Canada, when the towering tornado appeared in the distance. After taking a look at it, he then decided to carry on mowing.

His wife, Cecilia, took the dramatic photo and posted it on Facebook:

Many have suggested that the photo isn’t real and was photoshopped but Cecilia asserts its authenticity. It’s since been shared by thousands of people and has made the headlines in news outlets across the world.

Calling her husband the “Chuck Norris of lawn mowers”, when asked if he saw the tornado, she writes: “He did look, made a calculated decision and well finished his job”.  She then adds: “He attended a seminar on tornadoes.”

But no seminar can fully prepare you for the full force of nature’s wildest weather. This time lapse video was taken of the same tornado passing through Three Hills.

Luckily no one was hurt by the tornado and surprisingly most of the damage was confined to one rural property.

Many people posted images on social media of the tornado looming behind their homes and buildings. But none captured the human’s tenacity quite like Cecilia’s.