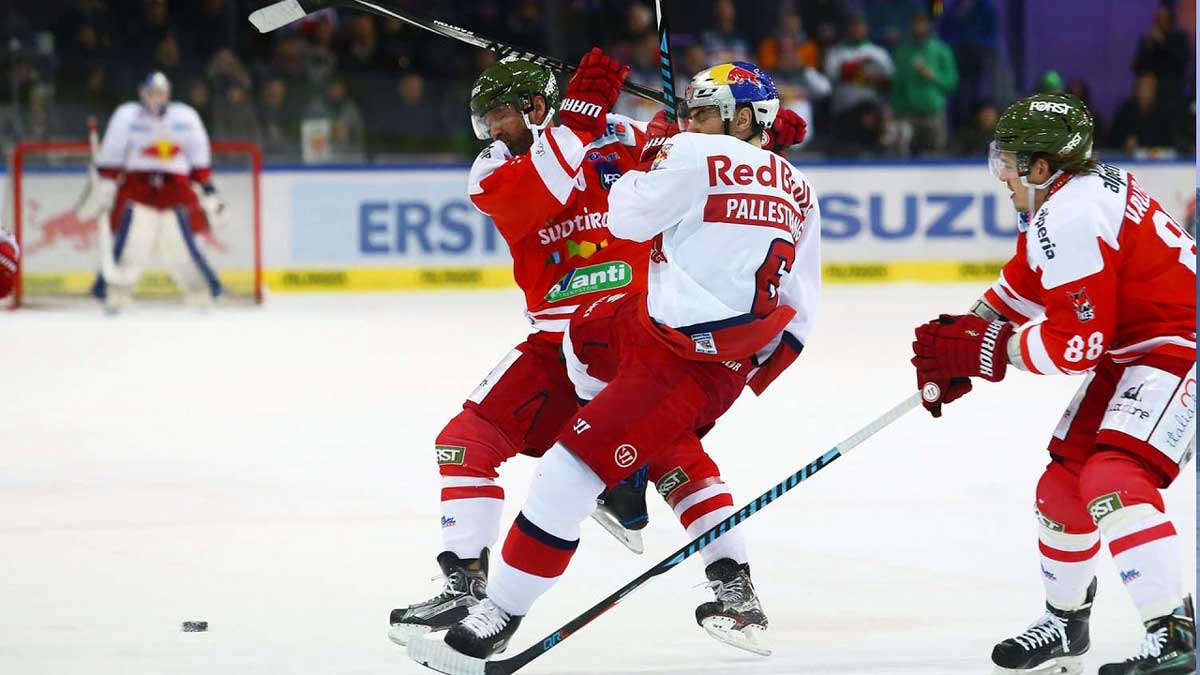 Ice hockey is one of the fastest and toughest global sports with players reaching speeds of over 45kph in their pursuit of the elusive puck.

Not only that, they have to endure hard body hits which can often measure over 1,000 pounds of force—enough to power a 60W light bulb for three minutes.

Recently, the EC Red Bull Salzburg team introduced an on-body POV player’s cam into their games. This enabled the audience to see and experience everything from the player’s point of view—all the hits, all the passes, all the fights, and all the goals.

POV cameras have been used in America’s NHL on referees in games and players in practice, however never on a player in a competitive game.

This unique video is taken from the perspective of Austrian defender Alexander Pallestrang. He’s the last line of defence before the goalie and the player who experiences the most action on the ice. Speaking to Red Bull, he said:

Our job is to protect the goalie and keep the forwards away from our goal. To do this, we have to disrupt the plays of the other team—generally with through hits.

You always have to be ready. You have about 30 shifts (at 40 seconds) throughout the game.

After watching the video, there should be no doubt in your mind that ice hockey is, hands down, one of the most intense of sports. This POV footage offers an insane perspective on the game, but its nothing compared to the buzz of a live game. If you’ve caught the ice hockey bug, get yourself a seat at a local game. There are lots of teams across the UK. Find out more here.